One of the most tranquil pieces of property in Baton Rouge was abuzz with activity when the LSU AgCenter Botanic Gardens at Burden was the site for the 62nd annual Southern Forestry Conclave March 21-24. LSU was the host school for the more than 250 students from 14 universities who participated.

Part brain, part brawn, the conclave includes more than 20 technical and physical forestry competitions that challenge students with identifying wildlife, estimating timber, climbing poles, chopping logs, throwing axes and log birling — running on a log in water while trying not to fall in.

Ben Armstrong, a forestry student from Louisiana Tech, was participating in wildlife identification and chain throwing. “It’s been a great opportunity to learn more about forestry and meet other students interested in forestry,” he said.

Jack Bazemore, an agricultural education student from Abraham Baldwin Agricultural College in Georgia, competed for his school. “I’ve been practicing once or twice a week for the events,” he said.

“This is a chance for students to have a natural community, to practice skills they may use in their professions,” said Skylar Bueche, president of the LSU student chapter of the Society of American Foresters, who helped plan the conclave.

While competition is the reason for the conclave, networking is a bonus, said Niels de Hoop, associate professor of forestry with the LSU College of Agriculture. “These are students from 14 schools who might otherwise never meet each other, but the conclave brings them together,” de Hoop said. “The students can make contacts for graduate school and for their careers.” 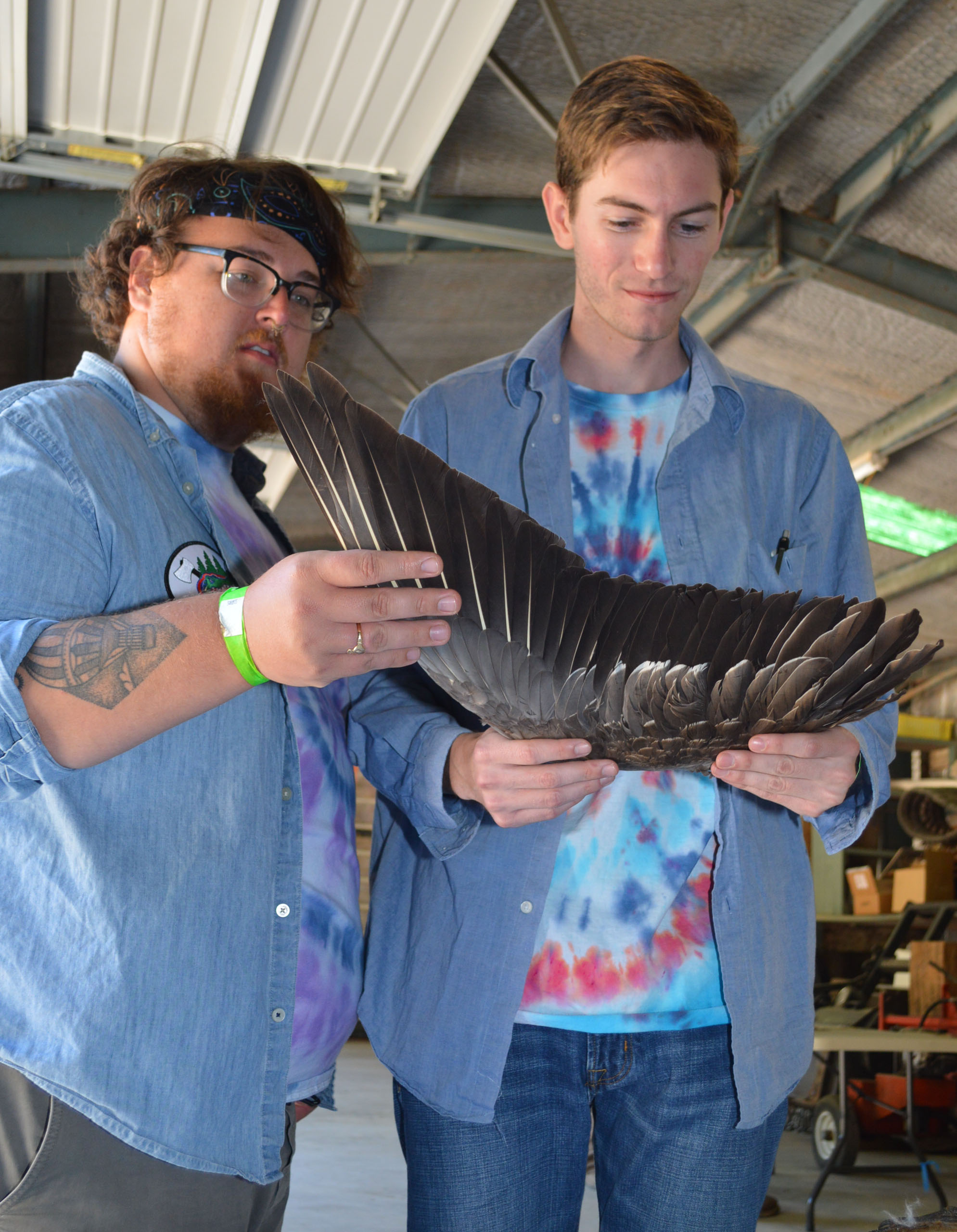 Drew Stephens, left, and Kyle Deschenes, both of the University of Florida, hold a wing of a greater whited-fronted goose during the wildlife identification competition of the Southern Forestry Conclave on March 22 at LSU AgCenter Botanic Gardens at Burden in Baton Rouge. Photo by Tobie Blanchard

As farm tractors across the globe move through fields, small sensors about the size of a hockey puck gather hundreds of thousands of data points — soil moisture, engine torque, down-force planting pressure and the speed at which a farmer is driving the equipment.

“Farmers look at the data, and they don’t always know how to interpret it. They know there is a story in there, but it isn’t always easy to decipher,” Ward said, adding that his company is helping farmers make sense of the data and giving them the ability to make data-driven decisions to increase crop yields while reducing inputs such as chemicals and water.

Ward was born in Lafayette, Louisiana, but raised in London, England. He returned to Louisiana to attend LSU, first receiving a bachelor’s degree in environmental management systems, then a master’s degree in agronomy and a doctorate in geography with a focus on spatial statistics.

Ward said big agricultural companies are now looking for as many data scientists and statisticians as more traditional agricultural scientists such as plant breeders or crop production and management specialists. Students interested in the field of digital agriculture need three core skills: expertise in an agriculture field such as plant pathology, entomology or soil sciences; an understanding of basic statistics or applied math; and the ability to write computer code.

The Climate Corporation, which started with weather prediction before moving to agricultural modeling, is receiving data from more than 40 million connected acres and expects the number to jump significantly this year. The company hopes to reach 100 million farmers worldwide by 2030, Ward said. “In even the most remote Third World environments, farmers have access to smartphones,” he said.