One of the most important marsh grasses along the Louisiana Gulf Coast, roseau cane (Phragmites australis, also known as common reed), has recently begun to suffer widespread die-offs in the Mississippi River delta. Roseau cane is considered an invasive plant pest in many parts of the country, but in Louisiana the grass provides critical ecosystem services to the Gulf Coast. Roseau cane is an integral part of unique Louisiana marsh ecosystems, which provide abundant habitat for fish, birds and other wildlife. The cane is also important for protecting coastal infrastructure. Roseau cane has extensive root systems that hold large amounts of sediment in place, helping reduce coastal erosion and maintaining economically important shipping lanes. The above-ground cane can absorb substantial amounts of wave energy, reducing the effects of storm surge on coastal communities and oil and gas industry structures.

Roseau cane has historically been considered one of the toughest grasses along the coast because of its ability to tolerate a range of salinities, water depths and temperatures that would be unsuitable for other marsh plants. However, die-offs of roseau cane observed in the Mississippi River delta have raised concerns among local communities and national industries that depend on the coast (Figure 1). The die-offs result in conversion of healthy stands of roseau cane into open water or allow for expansion of invasive aquatic plants, including elephant ear and alligator weed. The effects of the die-offs are immense in scale, and the change in land cover can be seen from satellite images covering hundreds of thousands of acres (Figure 2). As of 2018, the die-offs are confined to the Mississippi River Delta, but if the problem expands, it could threaten roseau cane along the entire Gulf Coast from Texas to Florida.

What is causing the die-offs?

The direct cause of roseau cane die-offs remains unknown. Reports of brown roseau cane were first made during the fall of 2016, and die-offs were observed to be associated with a scale insect. The scales were identified as roseau cane scale, or Nipponaclerda biwakoensis (Figure 3), a new invasive species that originated in China and Japan. The scales are known to infest roseau cane in China, where the cane is grown for paper production, but how and when it arrived in Louisiana is unclear. The scales remain attached to the cane stalks, feeding on liquids in plant tissues for most of their life cycle. Only the newly hatched nymphs, called “crawlers,” are mobile and capable of dispersing to new host plants.

The effect of scale feeding on roseau cane health is not well understood, but the high population densities and the discovery of the scales coinciding with die-offs suggest the scales are contributing to the die-offs. Roseau cane die-offs occurring in Europe were found to be the result of several contributing factors, including pollution, changes in water quality, pathogenic fungi or bacteria. Insects and numerous other influences also may be involved.

Working together to find a solution

The roseau cane die-offs have attracted attention from numerous local, state and national agencies because of the potential for the problem to disrupt economically important coastal industries, including fisheries, oil and gas resources, and international commerce associated with the Port of South Louisiana. LSU AgCenter scientists are working with the Louisiana Department of Wildlife and Fisheries, the Louisiana Department of Agriculture and Forestry, the Coastal Protection and Restoration Authority and local governments. They also are receiving federal support from the U.S. Army Corps of Engineers and the U.S. Fish and Wildlife Service. Even private citizens concerned about the health of Louisiana marshes are getting involved with the research efforts. The team of researchers includes entomologists, geneticists, wetland ecologists, plant pathologists and coastal scientists who are working together to better understand the problem.

One solution may lie within roseau cane itself. The Mississippi River Delta is a hotbed of roseau diversity, with numerous varieties of the cane interspersed. Some of these varieties are less affected by the die-offs and may allow for restoration of areas where die-offs have occurred. Ongoing research is examining genetic differences among roseau varieties to determine which traits may be contributing to the resistance to die-offs. Natural enemies of the roseau cane scale are also helping mitigate the problem.

Another insect from China, which was likely introduced along with the scale, is the parasitic wasp Neastymachus japonicus, which lays its eggs within the scales (Figure 4). The larvae develop inside the scales, killing their host and emerging as new parasitoid wasps. Entomologists are examining the potential to improve the efficiency of these wasps in controlling the scales.

Control of the scale with insecticides is also being investigated. While this approach could rapidly reduce scale infestations, caution must be used to avoid causing unintended environmental effects. AgCenter scientists are working to identify chemical control strategies that are effective in suppressing scale infestations while posing minimal risk to the ecosystem. Additional studies are examining potential for the roseau cane scale to attack other grasses, including rice, sugarcane and corn, as well as native marsh plants. Physical factors, including salinity and prolonged exposure to above-average water depth, may be contributing to the decline of roseau cane health. Characterization of chemical and physical properties of marsh soils also is being conducted.

The roseau cane die-offs are continuing to affect large swaths of coastal marshes, and the situation has not shown any signs of improving since the problem was first discovered in late 2016. While research efforts are just getting underway, multiagency and multidisciplinary cooperation among researchers aims to attack the problem from all sides. The number of scientists involved in the project continues to grow as public awareness of the dilemma increases. Teams of scientists are now striving to find answers and protect the coast before this problem expands.

The LSU AgCenter conducted a survey-based citizen science project in the summer and fall of 2017 to expand knowledge of the distribution of the roseau cane scale in south Louisiana. The survey was accessible through the AgCenter website and included information such as coordinates of roseau cane sites, scale recognition tips and articles on cane health.

Contributors were able to submit photographs used for verification and were encouraged to send leaf samples from visited sites to be used for genetic identification of cane varieties. Contributors included employees from state and federal agencies, collaborators from other states, interested citizens and landowners familiar with the ecologic importance of roseau cane.

These survey efforts continue as researchers hope to expand distribution knowledge further east and west along the Gulf Coast to better assess the effect of the roseau cane scale. Citizens interested in contributing to the survey can obtain more information at Survey. 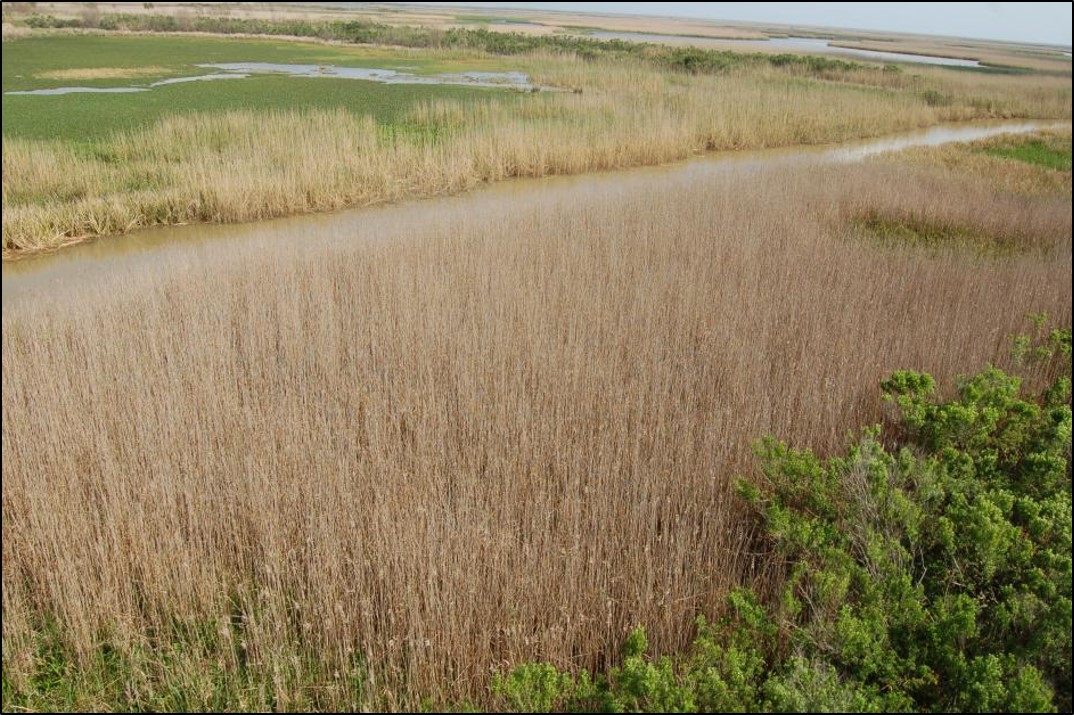 Figure 1. Roseau cane stand affected by the die-off in Plaquemine Parish. Photo by Louisiana Department of Wildlife and Fisheries 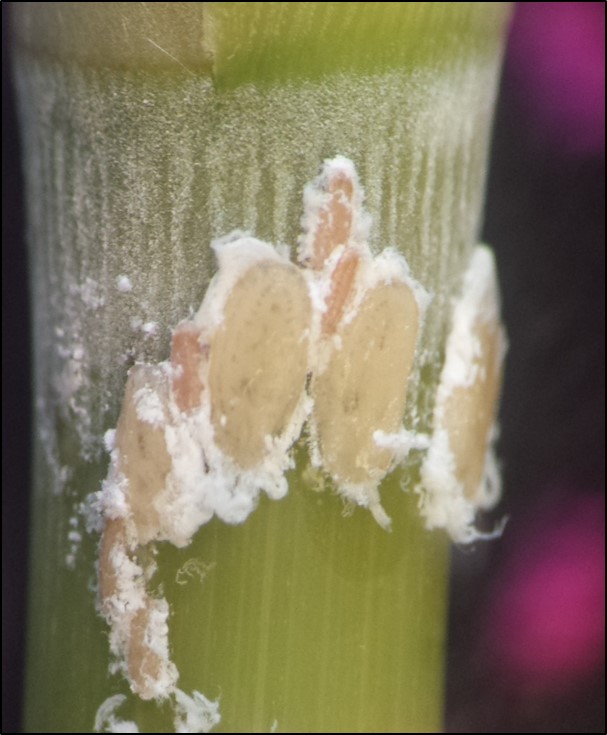 Figure 3A. A close-up of the invasive roseau cane scale Nipponaclerda biwakoensis. Photo by Rodrigo Diaz

Figure 4A. The parasitoid wasp Neastymachus japonicus, which was introduced along with the scale. Photo by Rodrigo Diaz

Figure 4B. The wasps lay their eggs inside the soft-bodied scales. Wasp larvae feed internally, killing the scales before emerging as adult wasps. Photo by Blake Wilson