Louisiana State University is home to one of 33 Sea Grant College programs located in each of the coastal and Great Lakes states. These programs conduct education, research and extension in four areas: 1) sustainable fisheries and aquaculture, 2) healthy coastal ecosystems, 3) resilient communities and economies, and 4) environmental literacy and workforce development. While Louisiana Sea Grant maintains activities in each of these areas, aquatic resources have always been a major focus of the program. This emphasis is not surprising in a state known for seafood.

Louisiana’s location at the terminus of the world’s third largest river basin has made the state a perennial leader in fisheries landings. The sediments and nutrients of the Mississippi River support a large expanse of coastal habitat and stimulate fishery productivity in the northern Gulf of Mexico. Second only to Alaska in landings volume, Louisiana has accounted for more than two-thirds of the northern Gulf fisheries harvest for the past 70 years (Figure 1). In 2016, Louisiana ports led the Gulf region in landings of white shrimp (46 percent), eastern oyster (59 percent), blue crab (73 percent), and menhaden (80 percent). The National Oceanic and Atmospheric Administration (NOAA) has estimated the combined economic impact of the state’s commercial and recreational fishing sectors at $4.6 billion, with nearly 50,000 jobs supported by seafood harvesting, processing, distribution, retail and ancillary businesses. The firms, trade associations and resource agencies associated with this industry are some of the oldest constituents and partners of Louisiana Sea Grant.

Since it began sponsoring research in 1968, Louisiana Sea Grant has supported more than 1,000 applied research projects at Louisiana universities, many of which have gone to the LSU AgCenter. Seafood-related research (wild caught and aquaculture, freshwater and marine) has historically accounted for the largest single fraction (40 percent) of the program’s biennial research portfolio. Such projects focus on commercially relevant species of crustaceans, mollusks, reptiles and finfish and span numerous areas of analysis related to stock assessment; reproduction and genetics; seafood safety, nutrition and processing; aquaculture feasibility; disease and water quality; and natural resource economics and policy.

Dissemination of this research is coordinated by the Marine Extension Project, a team of specialists and agents jointly supported by Sea Grant and the LSU AgCenter. The team has expertise in fisheries, aquaculture, water quality, toxicology, ecology, geography, economics and law. In addition, a team of faculty and associates with training in marine and environmental sciences works from coastal field offices. This team serves industry clientele through on-site consultation, participation on advisory committees and task forces, demonstration projects and workshops, publications and presentations, radio and video outreach, and web-based programming and social media.

In the early years of Sea Grant, seafood programming was characterized by fisheries development. Research and extension projects focused primarily on use of resources and technology transfer in the harvesting and processing sectors. By the mid-1980s the program was expanding to address a growing number of economic and environmental concerns. The market for Louisiana seafood, which had been somewhat insulated, was entering an era of global trade. Declining dockside prices were forcing heavily capitalized fleets to find new strategies for economic survival. Meanwhile, biological limits for marine resources were becoming increasingly evident through documented cases of overfishing. Management agencies implemented new restrictions for nearly every species, season and gear type. In the ensuing years, research would respond through investments in aquaculture, fisheries marketing, value-added processing, byproduct utilization, and an array of projects aimed at understanding fisheries recruitment, management and sustainability. Extension would follow suit as agents and specialists mediated disputes over resource allocation and helped firms to maximize revenue, minimize costs, and navigate a spate of new regulations at the state and federal levels. Seafood-related challenges have continued to expand in recent years, with two specific issues accounting for much of the program’s focus: foreign trade and coastal wetland loss.

The effects of globalization are most evident in the shrimp sector, the state’s largest commercial fishery by value. U.S. imports of farm-raised shrimp have risen sharply over the past three decades. Imported shrimp (all product forms) increased from approximately 200 million pounds in 1980 to more than 1.3 billion pounds by 2016. During that same period the average dockside price for Louisiana shrimp remained flat, between $1 and $2 per pound. Adjusted for inflation, this stagnation equates to a 75 percent reduction in the real price of shrimp since 1980 (Figure 2).

Competitive pressures on price have been exacerbated by rising input costs and a series of natural and human-made disasters. As a result of these pressures, the shrimp harvesting fleet in Louisiana is less than half of what it was just 10 years ago. This is based on annual commercial shrimp gear license sales, estimated by the Louisiana Department of Wildlife and Fisheries at 12,590 in 2007 and 6,219 in 2017. From 2010 to 2012, the LSU AgCenter and Louisiana Sea Grant partnered to provide more than a hundred technical assistance workshops as part of a Trade Adjustment Assistance program designed to help shrimp fishermen adversely affected by import competition. More recently, the Marine Extension Project team has focused on direct marketing and quality enhancement strategies to help shrimpers differentiate their product from the commodity market.

Compounding these economic challenges is a looming environmental concern: the threat of habitat collapse. Louisiana has lost nearly 2,000 square miles of coastal land in the past century, primarily due to hydrologic modification, navigation canals, nutrient and sediment starvation, sea level rise and subsidence. To address the problem, the state has developed an ambitious coastal master plan that calls for large-scale river diversion projects that would reintroduce nutrients and sediments into the coastal zone. This strategy is supported by scientific understanding of deltaic processes, much of which was gained through research funded by Louisiana Sea Grant during the early years of the program.

More recently, Sea Grant researchers have delved into ecological and economic assessments of coastal restoration, with a particular emphasis on implications for the seafood industry. This research indicates that river diversions are vital for sustaining coastal fisheries habitat in the long run, but the short-term could be more problematic. Large-scale diversions could result in economic disruptions to certain fishery sectors depending on location, flow rate and timing of operations. The challenge involves finding ways to mitigate the short-term effects to fishers while assuring the long-term benefits to fishes. The Marine Extension Project has conducted outreach on this subject for decades, but tensions have risen as recent plans for much larger diversions have emerged. Adaptive management of these structures will rely on objective research and extension to help strike a balance between economic viability and ecological integrity.

As Sea Grant marks its 50th year in Louisiana, the program’s influence is evident across a wide range of entities, but its partnership with the LSU AgCenter is especially prominent. This edition of Louisiana Agriculture features numerous examples of research and extension projects supported through that partnership. Readers will find articles related to niche marketing of seafood, advancements in fisheries genetics and reproduction, regulatory compliance, seasonal labor in processing, best management practices for quality enhancement, fisheries outreach with diverse audiences, and reconciling fisheries with coastal restoration. These examples reflect only a snapshot of the progress being made in support of the state’s seafood industry.

Rex H. Caffey is director of Marine Extension for Louisiana Sea Grant, director of the LSU Center for Natural Resource Economics & Policy, and the D. Welge Endowed Professor in the Department of Agricultural Economics and Agribusiness. 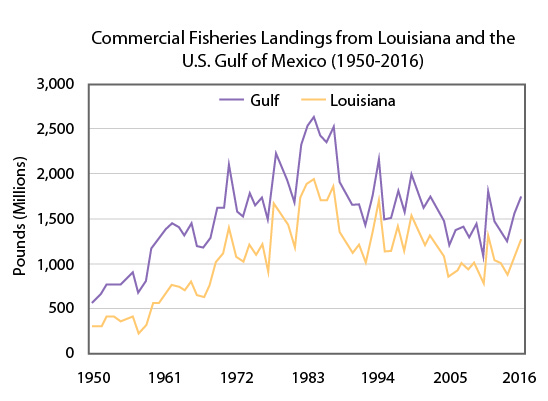 Figure 1. Louisiana leads the lower 48 in seafood landings volume and has averaged more than two-thirds of the U.S. Gulf of Mexico fisheries harvest for the past 70 years (Source: NOAA)

Figure 2. The rise of imported shrimp in the past 25 years has resulted in a strong downward pressure on domestic shrimp prices. Adjusted for inflation, Louisiana shrimp prices are a mere fraction of what they were in 1980. 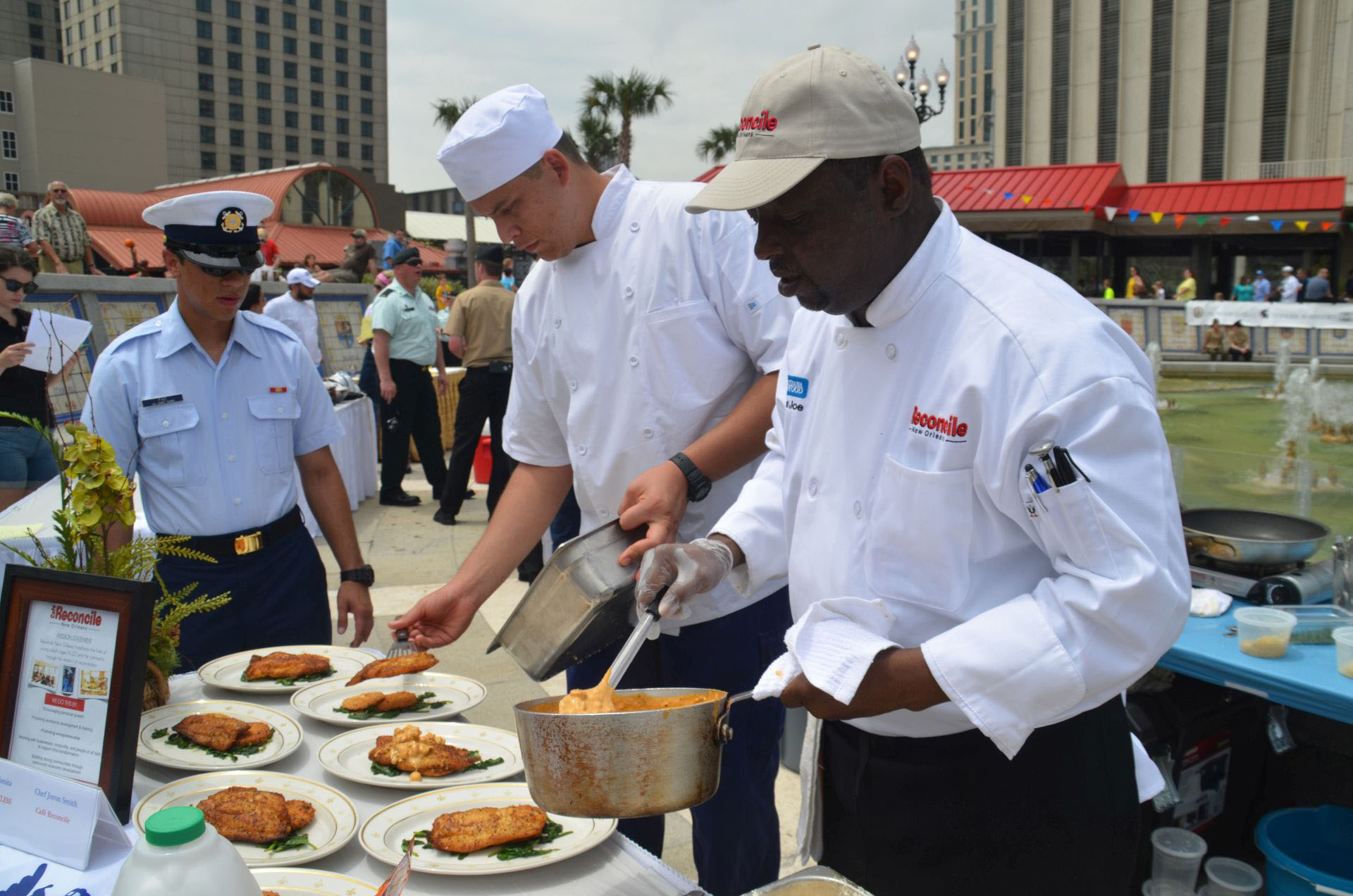 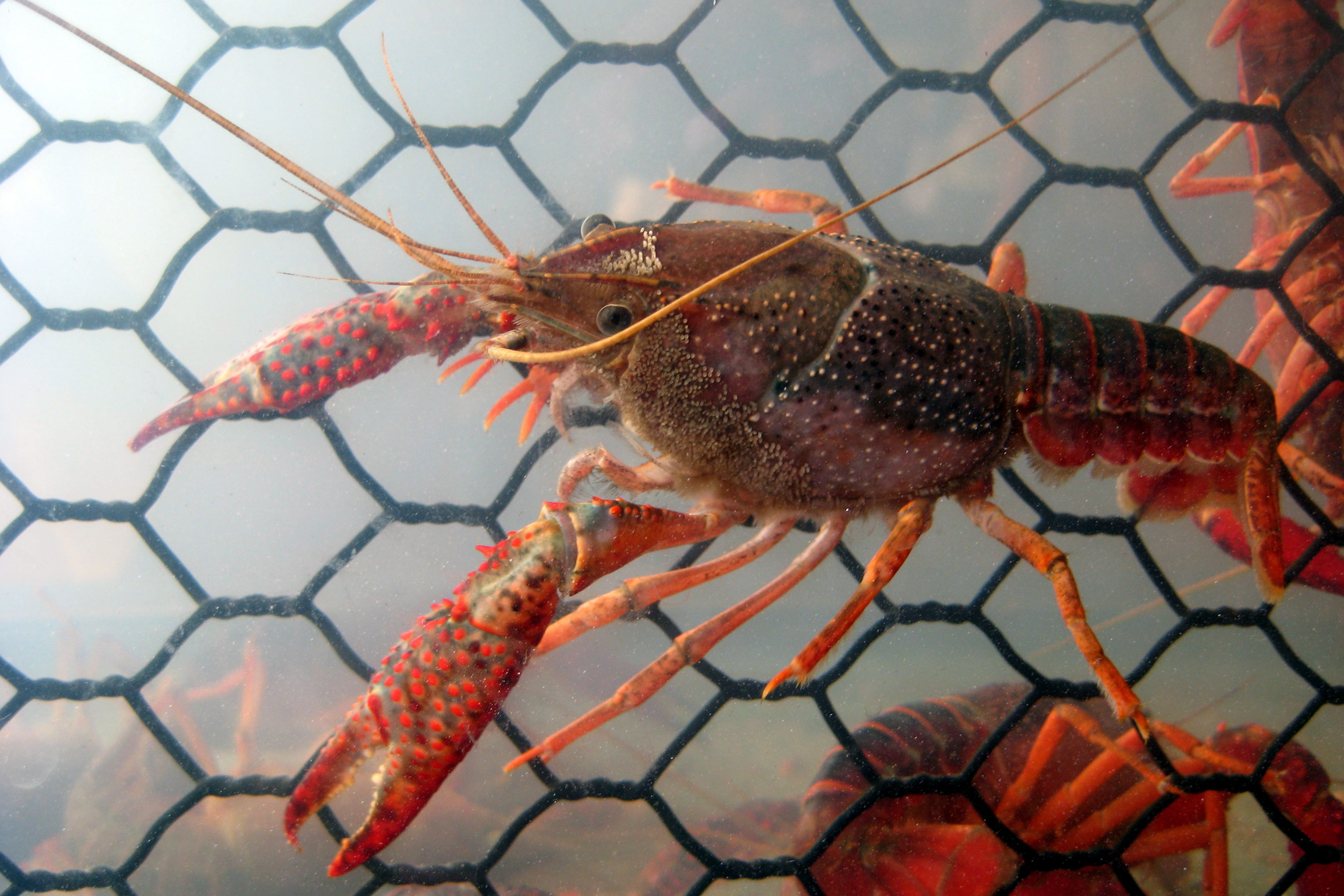 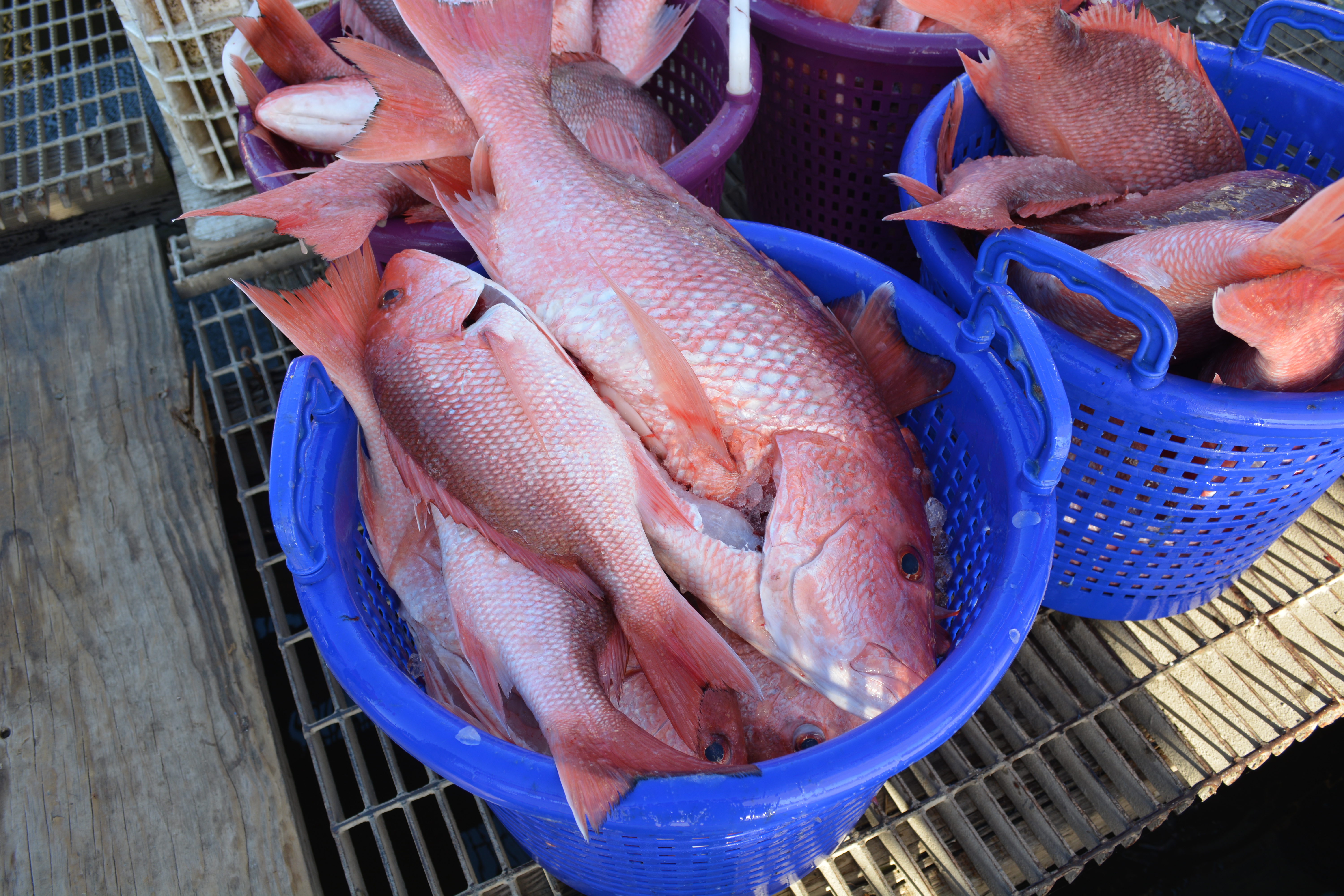 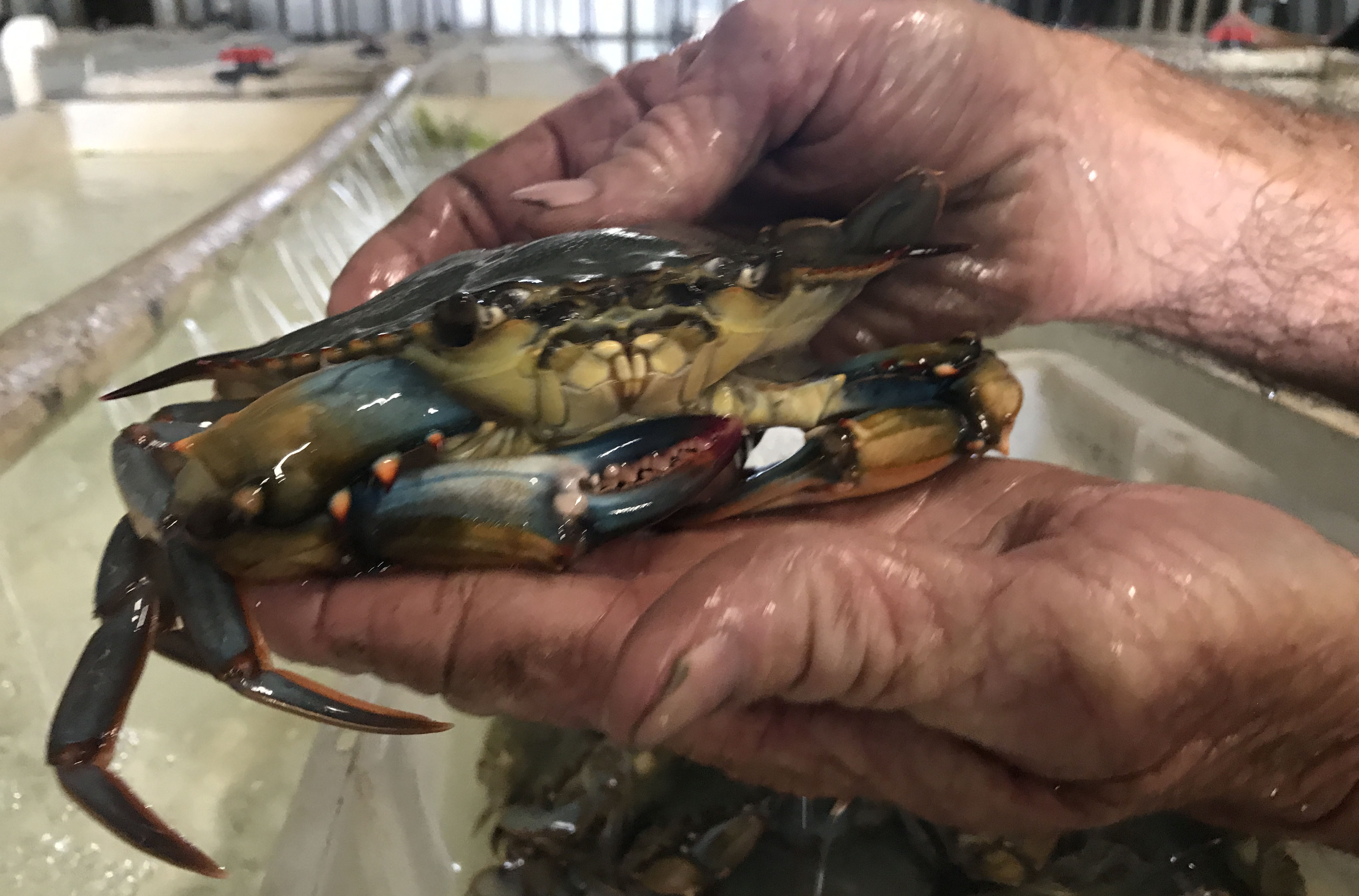 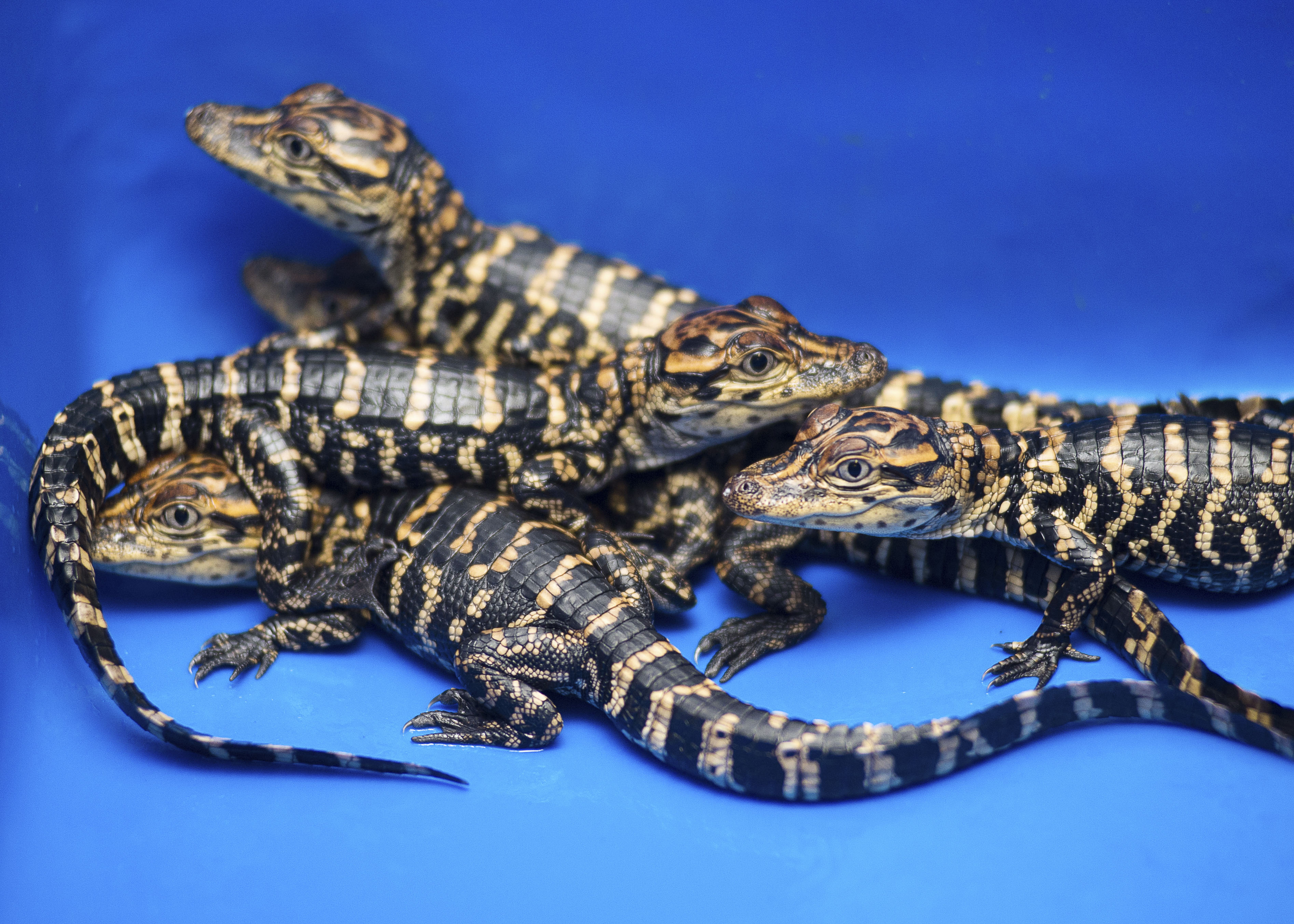