Sweet potatoes are the largest vegetable crop industry in Louisiana and contribute more than $75 million to the state economy each year. Since its inception in the 1930s, the LSU AgCenter sweet potato breeding program has produced several sweet potato varieties that became commercial standards for the industry, including Unit 1 Porto Rico, Centennial, Jewel and Beauregard. The overarching goal of the breeding program is to continually develop improved varieties with superior yield and quality characteristics, including resistance to diseases and insects that pose production constraints for Louisiana producers.

The Beauregard variety was released in 1987 and quickly became an industry standard, not only in Louisiana but throughout sweet potato-producing regions in the United States. During the past 10 years, the AgCenter sweet potato breeding program has released several sweet potato varieties, including Evangeline, Orleans, Bayou Belle, Bellevue, Murasaki-29 and Bonita. Each variety offers a unique production package and affords producers a choice based on their needs and the needs and demands of both the fresh market and processors. A production landscape that was dominated by the Beauregard variety for more than 30 years is quickly changing as new varieties have been released and adopted by the industry.

Orleans, Bayou Belle and Beauregard are orange-flesh varieties and are considered industry standards. Orleans is in many ways a twin to Beauregard but is slightly higher yielding and produces a higher percentage of U.S. No. 1, the premium fresh market yield grade for sweet potatoes in the United States. Orleans is marketed to both fresh market and processing sectors of the industry while Bayou Belle is sold almost exclusively for processing. Bellevue is a more recent orange-flesh release with superior yield and quality characteristics. Murasaki-29, considered a Japanese-type sweet potato, has a bright white flesh and has significant levels of resistance to the sweetpotato weevil, a major pest of the sweet potato industry.

Soil insects are often cited as one of the most limiting production constraints facing sweet potato producers worldwide. Cucumber beetles are the primary target of sweet potato insect management programs in Louisiana. Larvae of two different species, the spotted cucumber beetle and the banded cucumber beetle, feed on storage roots throughout the development cycle of the crop. The feeding injury results in small, unattractive holes, which negatively affect marketability of the crop.

A study was conducted in Gilbert, Louisiana, during 2017 to evaluate yield and insect damage associated with four orange-flesh sweet potato varieties produced in Louisiana. Because the white-flesh Murasaki-29 has high levels of resistance to sweetpotato weevil, it was included as a resistant standard in the trial. A secondary objective was to compare yield among all varieties. Similar to other crops, sweet potato yields can vary by location and are affected by soil type, available soil moisture, plant quality, nutrient availability and numerous environmental factors.

The majority of insect damage was attributed to cucumber beetles (rootworms). Beauregard incurred the highest level of injured roots at 46 percent, followed by Bellevue at 34 percent, Orleans at 30 percent and Bayou Belle at 17 percent. Bayou Belle had 29 percent less damage than Beauregard. Murasaki-29 had the least amount of insect damage in the current trial at 3 percent. (Figure 1).

Identifying high-yielding, premium-quality sweet potato varieties with significant levels of resistance to soil insects is an important goal of the LSU AgCenter sweet potato breeding and insect pest management research programs. The results of this study will help lead to decreased use of insecticides, improved crop quality and increased profitability for Louisiana sweet potato producers.

(This article appears in the summer 2018 edition of Louisiana Agriculture.)

LSU AgCenter sweet potato breeder Don La Bonte shows a new red-skinned sweet potato that will be released soon to growers. The new variety, currently called LA 13-81, has good yields and can grow in different soil types. LA 13-81 was introduced at the field day on Aug. 16 at the Sweet Potato Research Station in Chase, Louisiana. It will join a group of other varieties — including Orleans, Bayou Belle and Evangeline — that offer alternatives to Beauregard, the longtime staple of the Louisiana sweet potato industry. Photo by Olivia McClure 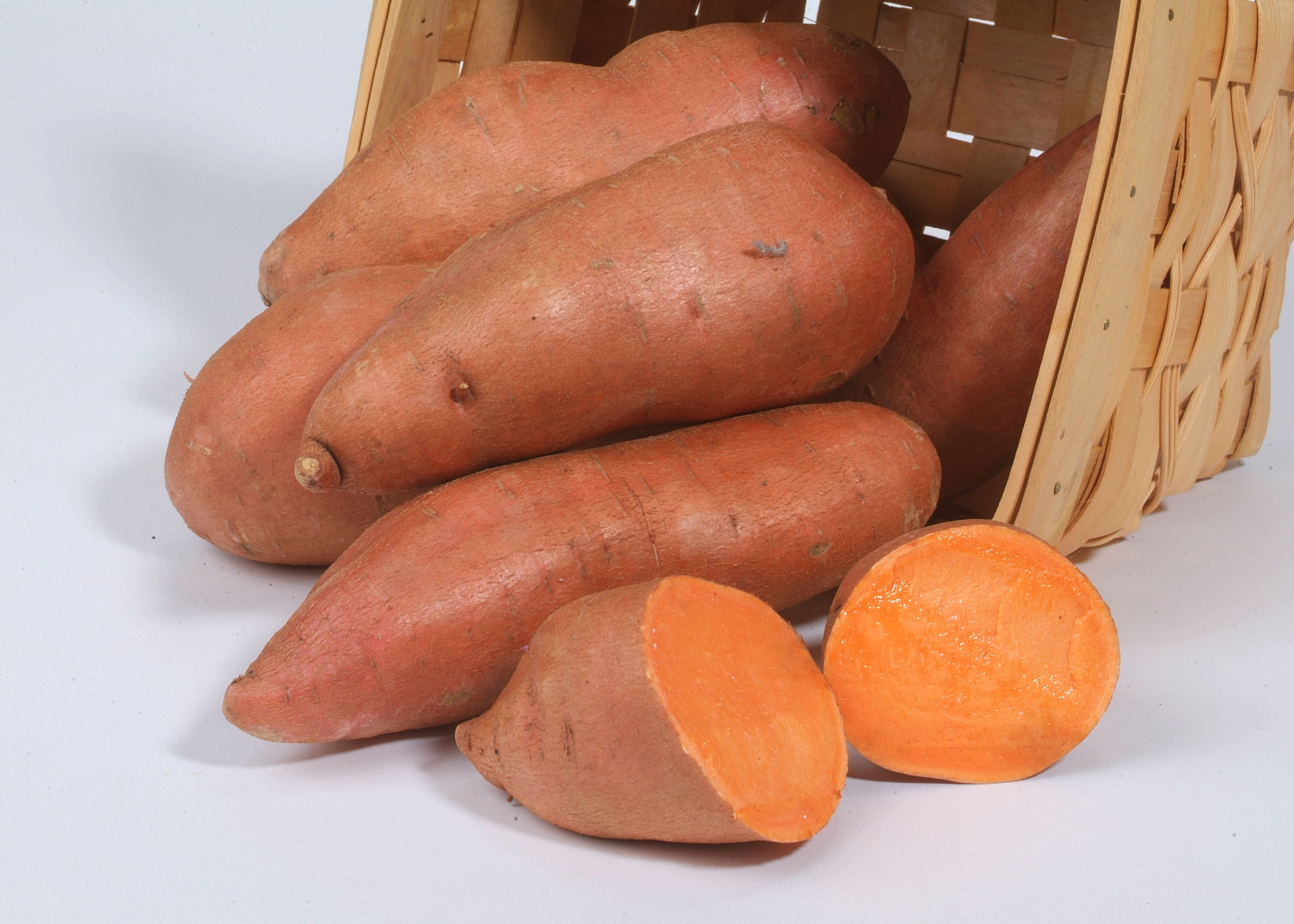 Evangeline, released by the LSU AgCenter in 2009, will satisfy those who want a really sweet sweet potato. It has twice as much sucrose as Beauregard, another widely grown AgCenter-developed variety. Evangeline does, however, have less maltose, a sugar produced during cooking. But this is a great tradeoff. People perceive sucrose (table sugar) as being much sweeter than maltose. Not only is Evangeline sweeter out of the oven, it also makes a great microwaved sweet potato. AgCenter research has shown it has twice the sucrose content and similar levels of maltose as Beauregard when microwaved. Evangeline's deep orange flesh color has wide appeal. Photo by John Wozniak 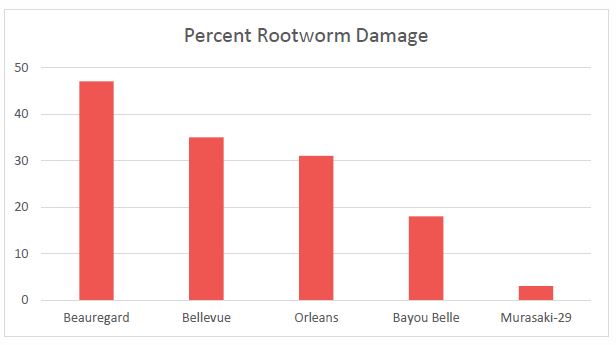 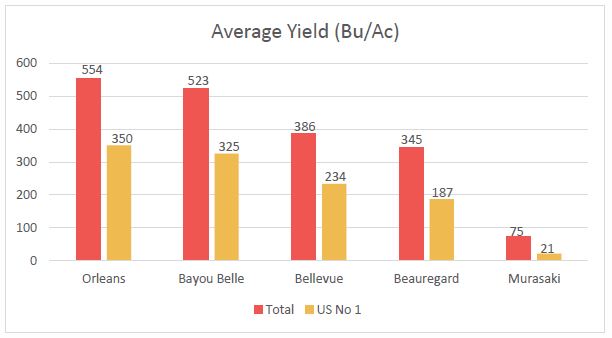