Globally, the timber sector employs more than 13.2 million people. It also produces more than 5,000 types of wood-based products and generates a gross value-added of more than $600 billion each year. However, the timber sector’s economic contribution is actually much larger because its value remains largely unreported in many countries. Factoring that into gross domestic production calculations could double the contribution of the timber sector to the world economy and quadruple the number of related full-time jobs.

A combined effect of accelerating globalization and the global recession of 2008 has produced dramatic changes in the forest sector. Consumer preferences have evolved, and their purchasing power has changed. Accordingly, there have been changes in product offerings and prices, changes in technology and changes in competition among industry players. More notably, however, the nature and extent of industry engagement in social and environmental issues have been transformed, especially with evolving environmental awareness. Emergence of low-cost producers from developing countries and resulting shifts in trade flows are other major factors driving change in the industry. Many argue that the forest industries now operate in a “green economy.” This transition presents challenges and opportunities for forest sector companies as they navigate into the future.

Today’s forest products industry presents a complex blend of historical characteristics and changed attributes. On one hand, the industry continues to produce products such as lumber, plywood and oriented strandboard. Still, many new products such as cross-laminated timber (CLT) have also been introduced to the market in some countries. A CLT panel consists of several layers of kiln-dried lumber boards stacked in alternating directions, bonded with structural adhesives, and pressed to form a solid, straight, rectangular panel. Finished CLT panels are exceptionally stiff, strong and stable, handling load transfer on all sides. A number of multistory tall buildings have been erected in the U.S. and Canada using CLT where steel and concrete were traditionally used. CLT is a fast-growing industry in Europe but is in its infancy in the U.S. The potential domestic markets for CLT are enormous if architects, builders, contractors and building owners accept the product as a substitute for steel and concrete construction.

Globalization has become the norm for all industrial sectors. Finished products, component parts and intermediate manufacturing occur in widely dispersed regions while final consumer or supply-chain partners are often geographically distant from their suppliers. The forest products sector is no different and has become increasingly globalized over recent decades. Global trade of forest products has grown steadily in recent years. According to United Nations data, the value of total world exports of forest products grew 1.7 times between 1997 and 2010. The growth in overall value of trade is associated with dramatic shifts in trade flows. China is the largest importer of hardwood lumber from the United States, and the European Union is the major importer of wood pellets for power generation.

In addition to increased world trade, the emergence of a number of new economies has contributed to the globalization of the forest products industry. For example, over the past decade, countries with lower costs of production and relatively minimal safety and environmental constraints have become major manufacturers of finished and semifinished wood products. Over time, however, low-cost producers lose their low-cost advantage because of increased labor costs and general economic development, leading manufacturing units to move to places with a newly gained lower-cost advantage. The shift in furniture production from China to Vietnam illustrates this phenomenon.

The U.S. Census Bureau reports that United States imports more than it exports (Figure 1). The top five forest products exporters to the U.S. in 2017 were China, Canada, United Kingdom, Japan and Mexico, while the top five importers were Canada, China, Chile, Germany and Indonesia.

What does this mean for Louisiana? The harvest of timber, which is Louisiana’s No. 1 agricultural crop both in terms of gross income and value-added processing, supports a solid wood forest products industry that consists of around 450 primary and secondary manufacturing establishments. Primary products are produced directly from logs, such as lumber, plywood and chips. Secondary products use primary products as input for remanufacturing and include furniture, cabinetry, doors, flooring and millwork. The pulp and paper industry uses small-diameter trees called pulpwood as a raw material. All products from Louisiana compete in the global marketplace.

U.S. Census Bureau data show that Louisiana timber export value was about $27 million in 2017, down from $47 million before the Great Recession of 2008. The 2017 figure is low relative to neighboring southern states (Figure 2). However, Louisiana exports are growing, led by wood pellets. Pellets, which are made from southern pine, are seeing high demand in the European Union as feedstock for generating electricity in converted coal-fired power plants. Drax Biomass International has two pellet manufacturing facilities in Louisiana — one in Bastrop and the other in Urania — and a wood pellet storage-and-shipping facility at the Port of Greater Baton Rouge.

Even though southern pine lumber is a significant part of the state’s wood products production, it is not unusual to see lumber from Chile, Eastern and Western Europe, Canada and other countries used to build houses right here in Louisiana. The global marketplace for lumber and most other wood products is strongly competitive. Louisiana has a substantial transportation infrastructure network, including deep-water ports, interstate highways and rail, which may facilitate increased exports of the state’s forest products in the future.

Richard P. Vlosky is the Crosby Land & Resources Professor of Forest Sector Business Development and director of the Louisiana Forest Products Development Center, School of Renewable Natural Resources. Eric Hansen is a professor of forest products marketing at Oregon State University. Rajat Panwar is an associate professor of sustainable business management in the Department of Management at Appalachian State University. 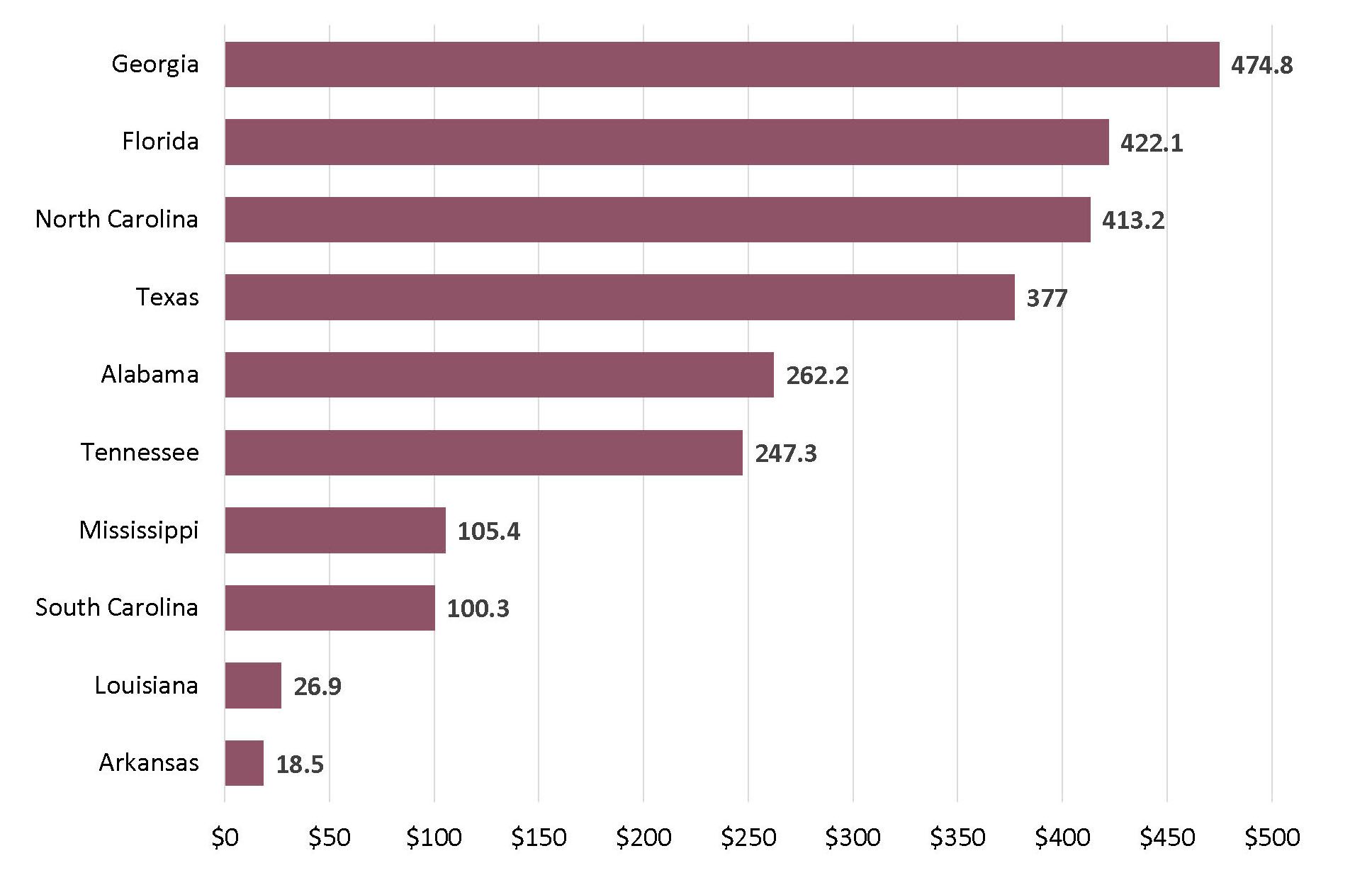