Seafood is one of the most important sources of animal protein consumed by humans worldwide.Almost half a billion people depend on fish as their principal source of protein, and roughly half of the world’s population rely on fish to supply some 20 percent of their protein needs. Increasingly, this demand is being met through aquaculture, the farming of aquatic species under controlled conditions.In 2012, aquaculture production (66 million tons) had already surpassed beef production (63 million tons) on a global basis, and people now eat more seafood raised within aquaculture farms than harvested from the wild (Figure 1). It is widely recognized that aquaculture will need to continue its current expansion trend to meet the protein demands of a growing global population (Figure 2).

Aquaculture was once the fastest growing segment of U.S. agriculture; however, a number of factors have contributed to a reversal in this trend in recent years. For example, shortly after mandates for ethanol in gasoline supplies were put into place in the 1990s, the cost of a ton of catfish feed in north Louisiana went from $220 to $485. Although feed prices have stabilized somewhat since then, the U.S. catfish industry has declined by more than two-thirds in less than two decades (from 189,700 acres in 2001 to 61,860 in 2018, according to the U.S. Department of Agriculture National Agricultural Statistics Service). Other sectors of U.S. aquaculture have also struggled during this period. Globally, the U.S. ranks 15th in aquaculture production, representing only a 0.7 percent share of the total. Industry observers cite high costs, excessive regulations, difficulty obtaining farm financing and unfair competition from imported products as continuing threats to industry survival, let alone expansion.

Nonetheless, some bright spots remain in the domestic industry, and most of them can be found in Louisiana. Shellfish production is expanding in many coastal areas of the U.S., and regional industries like crawfish and alligator farming have so far bucked the national trend of decline. In addition to numerous minor species, the state accounts for 85-95 percent of U.S. crawfish production, is the top producing state for alligators and is home to a large number of oyster leases, operated by some 1,170 producers. In 2016, Louisiana led the nation in the production of eastern oysters, producing over 12 million pounds, while South Carolina was a distant second with roughly 4.8 million pounds.

Consumption of aquaculture products in the U.S. is steadily increasing. The top seafood commodities ranked by annual per capita consumption (pounds per person) include: shrimp (3.8), canned tuna (2.4), salmon (2.2) and tilapia (1.5). With the exception of tuna, aquaculture has grown to become the primary source for these favorite commodities.

More than 90 percent of the shrimp consumed in the U.S. are now farm-raised — elsewhere. Shrimp are farmed in many countries, with production concentrated in south and southeast Asia and tropical regions of the Americas. Global shrimp aquaculture production reached 2 million tons in 2015. New diseases seem to crop up every few years in shrimp aquaculture, and these pathogens often find their way around the planet. Recently, novel diseases have severely reduced shrimp production by traditional Asian suppliers such as Vietnam and Indonesia, but India has emerged as a new powerhouse in farmed shrimp markets.

Salmon are also farmed worldwide wherever temperatures are cold enough, with global production surpassing 2.3 million tons in 2016. In Europe, major producing nations include Norway, Scotland and Iceland, and in the Americas the industry is concentrated in Chile and along the Pacific coast of Canada.Production also occurs in New Zealand, Russia, China and South Africa. As has been the case with shrimp, salmon farmers have had to contend with disease problems caused by various viruses, bacteria and parasites.

Tilapia, like shrimp, are primarily farmed in Asia and the warmer regions of Latin America. Fast-growing, hardy and forgiving, tilapia are the second most-farmed fish on the planet, with harvests reaching 5.9 million tons in 2016. To date, tilapia producers have avoided major disease problems, but over the past four years a newly described virus that can decimate tilapia populations has spread from Israel to a number of countries in Latin America, Asia and Africa.

Although none of the tuna Americans currently consume originates in farms, that could be changing in the future. Significant resources are being devoted in a number of countries to close the life cycle of various tuna species and develop diets suitable for their unique metabolisms. A recent study by the United Nations Food and Agriculture Organization (FAO) concluded that the U.S. is the country with the greatest potential for offshore aquaculture when considering environmental and economic factors, and in December 2015, the Federal Office of Management and Budget gave approval for the National Oceanic and Atmospheric Administration’s rule for implementation of an Offshore Aquaculture Fisheries Management Plan for the northern Gulf of Mexico.

Connectivity between Louisiana and global aquaculture can be seen in some unlikely places. Several Louisiana businesses have played a role in the development of innovative filtration technology that is sold around the world for recirculating systems. Gulf of Mexico menhaden serve as an important source of fish oil and fish meal in aquaculture feeds around the world. However, in recent years the industry has been increasingly using proteins from plant sources. Low-gossypol cottonseed is used for both protein and oil in aquaculture diets, and soybean meal and soy protein concentrate are the main ingredients in most manufactured diets for aquatic species. The U.S. Soybean Export Council expends considerable funds each year on research and extension projects to promote aquaculture in numerous countries across the world.

Aquaculture may not be growing significantly in the U.S., but many research and academic disciplines within the AgCenter continue to have direct relevance in its ongoing global development. Some examples include animal nutrition, reproductive physiology, genomics, quantitative genetics and biological and mechanical engineering. Nutrition studies are focusing on identifying new dietary supplements and substituting conventional aquaculture feed ingredients to reduce costs while maintaining or improving performance. Physiological research is providing new insights into fish reproduction and immune function, and genetics and genomics are being combined to improve selection response in a number of aquatic species around the world.

Greg Lutz is a professor and Chris Green is an associate professor at the LSU AgCenter Aquaculture Research Station. 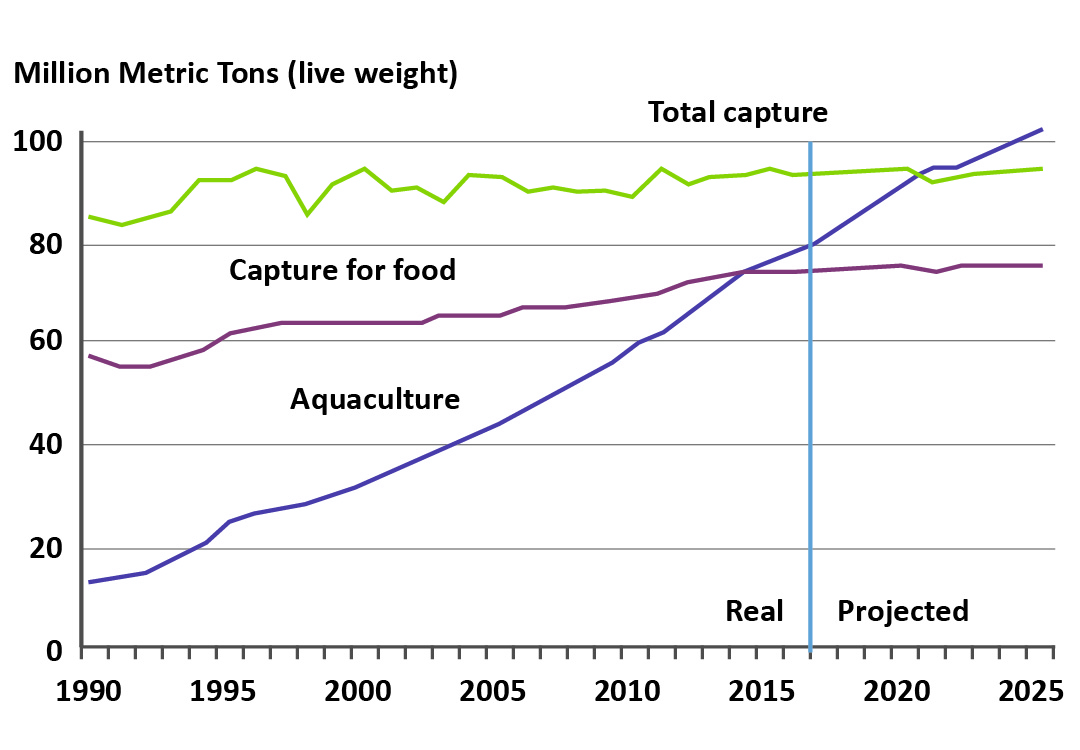 Figure 2. Global projections from the Food and Agriculture Organization of the United Nations for production (million tons) of beef, aquaculture, poultry and swine from 2018 to 2026.