Every decision land managers make can potentially affect their watershed — their community’s streams, rivers and lakes — and even the aquifers deep underground.

Just 9.5 percent of Louisiana is freshwater usable for aquaculture and fisheries, wildlife and recreation and agricultural production, making surface water quality a priority across the state.

Using a set of conservation measures known as best management practices (BMPs), agricultural producers have the potential to reduce nutrients and sediment in runoff and improve the water quality of lakes, rivers, streams and, ultimately, the water that makes its way to the Gulf of Mexico.

In 2002, the 1,197-acre Lake St. Joseph in Tensas Parish was added to the Environmental Protection Agency’s 303(d) list of impaired and threatened waters.

The lake did not meet standards for fish breeding because of several reasons: turbidity, which is a lack of water clarity; excess nutrients from fertilizer runoff; and sediment loading and low amounts of dissolved oxygen.

Formed about 3,000 years ago, the oxbow lake receives water from the surrounding 17,835-acre watershed in northeast Louisiana.

Primary land use for the area includes row crop production, which, under conventional management practices, leaves the soil surface bare and results in losses of soil and nutrients that flow into surface waters like Lake St. Joseph. With increased sediment loads into surface waters comes the decline of water quality of surrounding water bodies and can lead to habitat loss.

A set of best management practices — standards designed to improve water quality — was designed for agricultural producers in the watershed to reduce negative environmental impacts while still maintaining or increasing profits.

Monthly water quality samples were collected in the first phase of the project from 2011 to 2013. These samples provided the baseline for the lake to determine the success of best management practices that would be implemented in the watershed. In Phase II from 2014 to 2015 and Phase III in 2016, several practices were implemented within the watershed, and water quality continued to improve.

Incidents of dissolved oxygen falling below the 5 milligram per liter standard decreased by 9 percent, and sediment loads decreased along with total phosphorus, total nitrogen and biological oxygen demand.

As of the 2016 Water Quality Integrated Report (305(b)/303(d)), Lake St. Joseph’s turbidity impairment was removed. While the lake remains on the impaired list for fish and wildlife propagation, the delisting for turbidity has been a major success.

Much of this improvement is linked to practices implemented in the watershed by the Louisiana Department of Agriculture and Forestry, the Natural Resources Conservation Service, the Tensas-Concordia Soil and Water Conservation District and the LSU AgCenter. These practices include residue management, cover crop planting, nutrient management and land grade stabilization.

One example, funded through an NRCS Conservation Innovation Grant, was the use of cover crops planted over drainage ditches, which remove excess moisture from fields. The project examined the effectiveness of cereal rye versus wheat in 2014. In 2015 and 2016, the project studied different widths of wheat covers serving as filter strips in a soybean field within the Lake St. Joseph watershed.

Water quality samples were collected following rainfall events at the end of each filter strip and monthly from Lake St. Joseph starting in 2012.

In 2014, the filter strips, regardless of the crop species, decreased total suspended solids by 57 percent, orthophosphate-phosphorus by 37 percent and total nitrogen by 39 percent, compared to bare ground controls.

Despite poor sampling conditions in 2015 and 2016, first flush samples indicated a decrease in total suspended solids by 54 percent, orthophosphate-phosphorus by 50 percent, total phosphorus by 44 percent, and ammonium-nitrogen by 65 percent, regardless of filter size.

Implementation of new practices and maintenance of existing practices are both essential to the continued improvement of water quality in Louisiana’s surface waters.

Lisa M. Fultz is an assistant professor, School of Plant, Environmental, and Soil Sciences, and James Hendrix is a conservation agronomist in Louisiana’s northeast region, based in St. Joseph.

(This article appears in the fall 2017 issue of Louisiana Agriculture.) 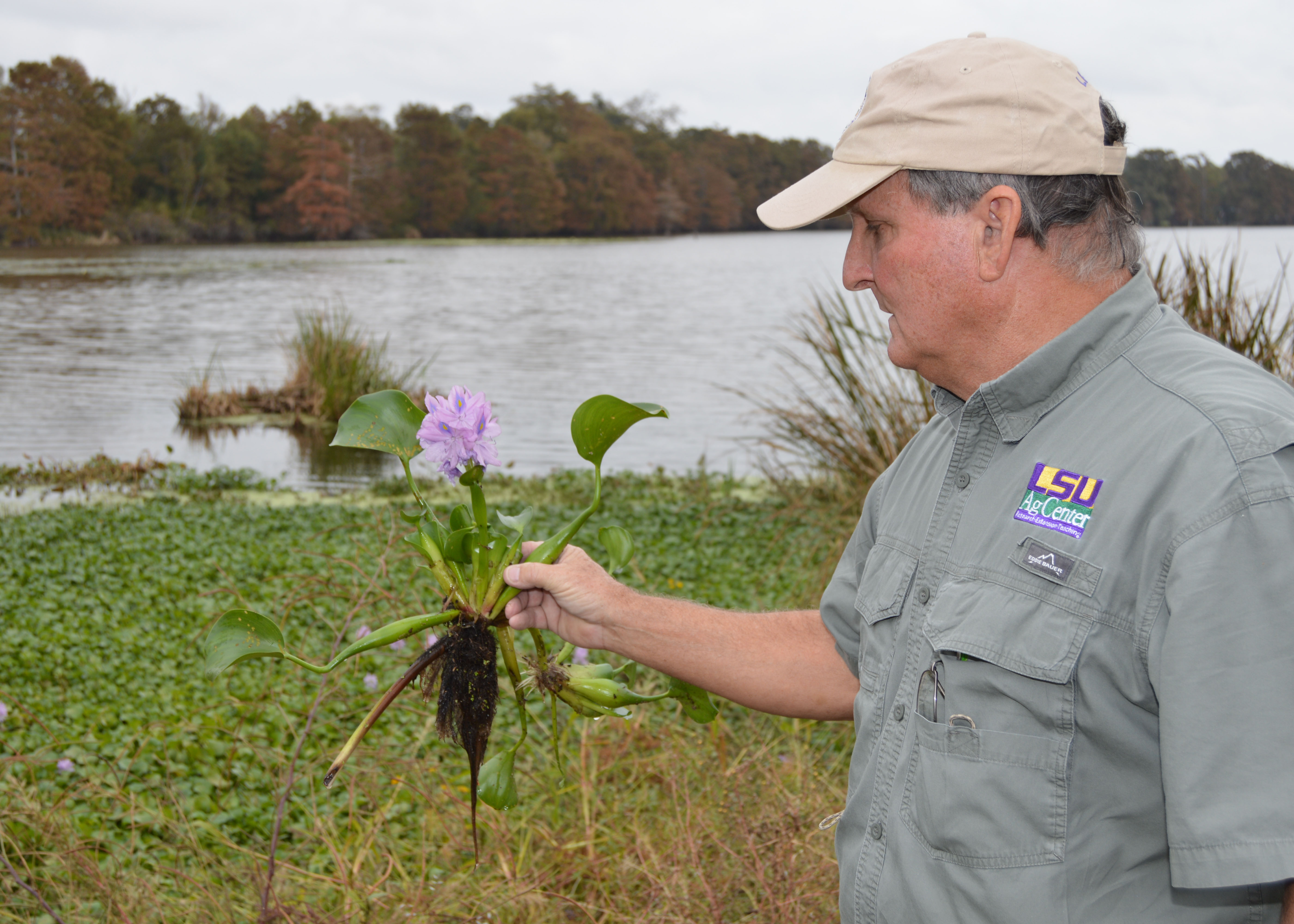 James Hendrix, a conservation agronomist with the LSU AgCenter, holds an example of the invasive water hyacinth at Lake St. Joseph. The non-native plant increases sediment in the waterway and causes oxygen drop-off. Photo by Karol Osborne 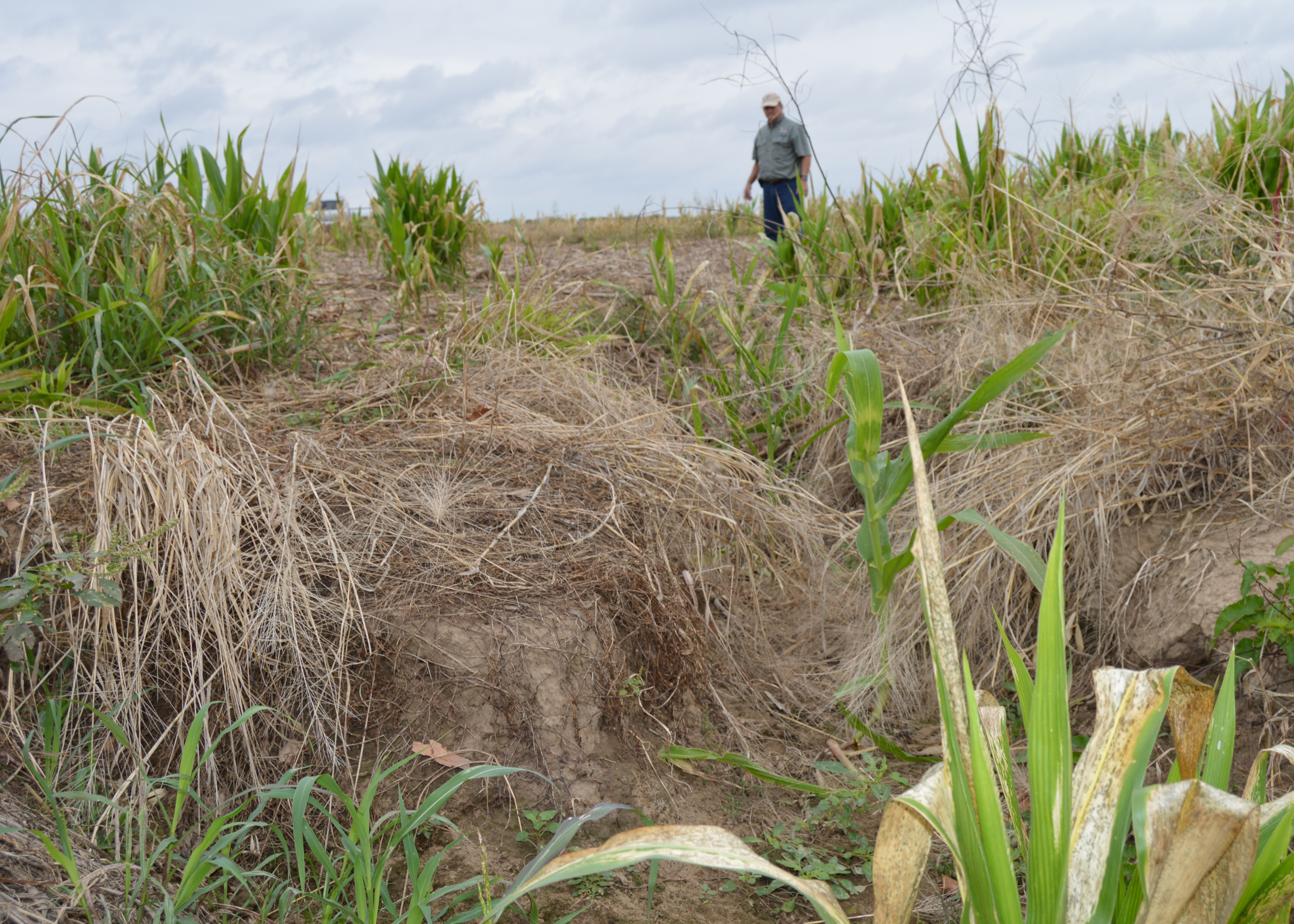 AgCenter agent James Hendrix tours one erosion-prone site near Lake St. Joseph. Erosion and runoff from area fields contribute to high turbidity — a term for measuring the murkiness of water — in Lake St. Joseph. The lake was listed as a threatened waterway in 2002, but work by state and federal agencies, the LSU AgCenter and local farmers has helped the water quality improve. Photo by Karol Osborne 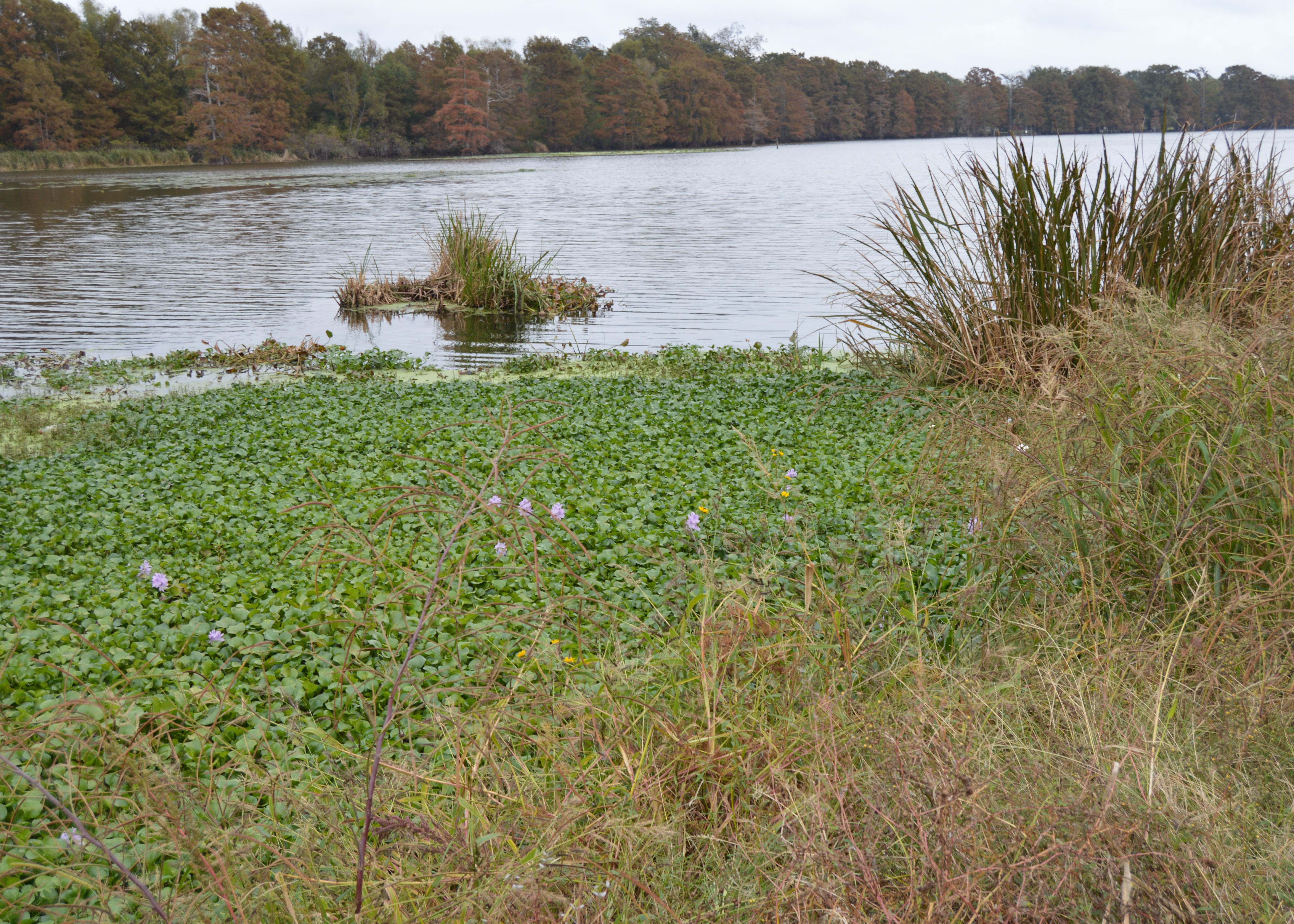