One way to teach better nutrition to families is to take aim at their children, and one way to do that is through a fun and engaging summer cooking camp.

That was the thinking of two extension specialists — one at the LSU AgCenter and the other at the Southern University Ag Center — back in 2012 when they started the first week-long CHEF (Cooking Healthy and Enjoyable Foods) Camps. Because of their initial success, 2017 is their sixth summer of offering these camps in select locations across the state, with demand exceeding capacity.

“We wanted to offer a low-cost cooking camp,” said Sharman Charles, LSU AgCenter extension specialist and manager of the Expanded Food and Nutrition Education Program (EFNEP) in Louisiana, one of the CHEF Camp creators.

To cover the food costs and find suitable kitchen space, the extension agents have found various ways to subsidize the camps through donors and partnerships. The first camps were offered in a kitchen laboratory at Southern University with funding provided through an extension grant for innovative funding administered by Gina E. Eubanks, who at that time was the associate vice chancellor at the SU Ag Center. She is now associate vice president at the LSU AgCenter.

“She wanted to ensure that the camp was affordable to avoid barriers for children who otherwise may not have been provided an opportunity participate in a cooking camp,” Charles said.

Eubanks provided the money for all the start-up equipment and materials. As the program expanded to more parishes, she continued to provide start-up funding.

The Epicurean Society of Baton Rouge also provided funding help for the camps in East Baton Rouge Parish for the first five years.

Participants pay a fee to attend the camp, which initially was $15. “We felt we needed to require a fee to make sure there was commitment for the child to attend,” Charles said.

The rigorous camps run from 8:30 a.m. to 3:30 p.m. for five days. Besides food preparation, the students learn food safety and the importance of a healthy lifestyle, with time built in for exercise. Class size varies, but the maximum number recommended is 16 students, with one to two adults per four students.

“The children get lots of individual attention,” Charles said.

Camp participants, ages 9-11 for the beginner camp and 12-15 for the more advanced camp, were initially recruited from families eligible to enroll in federally-funded nutrition programs, EFNEP and SNAP-Ed, the educational program for food stamp recipients. But the camps are open to anyone and advertised at schools and in local newspapers and fill up on a first-come, first-served basis.

Students learn to fix nutritious after-school snacks, such as fruit salsa with cinnamon tortilla chips, quesadillas, vegetable pizza and oven-baked French fries. They also learn container gardening and how to use herbs.

They bake bread. “Sometimes the shape comes out a little funny. But the bread still smells and tastes good,” Charles said.

They learn about new foods, such as avocadoes to make guacamole. “Some have never eaten a fresh blueberry before,” Charles said.

She tells the story of one little boy who would only taste but not eat the food he prepared. He would pack up his food — along with any leftovers from the class — to take home with him.

“I never found out his personal situation, but I know some of these kids are latch-key kids. They grab what they can. They don’t know a lot about food,” Charles said.

Each camp graduate leaves with a tote bag of supplies including measuring cups and spoons, a knife and cutting board, vegetable brush and peeler, apron and a meat thermometer.

A new twist this year was a CHEF Camp offered during spring break in March at the Calcasieu Parish Extension Office in Lake Charles for foster care children. This came about because an AmeriCorps representative on an extension committee had a connection to the mayor’s office, said Shatonia McCarty, LSU AgCenter extension nutritionist, who along with Carol Sensley, SU Ag Center extension agent, conduct the CHEF Camps in Calcasieu Parish.

“The camp was a big hit, and we are making arrangements for more camps for these kids. Some of them are aging out of the foster care program and need to learn food preparation skills,” McCarty said.

Other partners for CHEF Camps include churches, and in Lake Charles there are three churches involved. The camps have been so popular that the churches want more than McCarty and Sensley have teachers to cover.

“It’s become a scheduling issue, but we’re trying to work through it,” Sensley said.

A member of one of those churches, who is a Walmart manager, was so impressed by the camp that she persuaded her company to present a two-year $1,500 grant to the camps in 2015, with the promise for more grants to come, Sensley said.

The Walmart representative has also arranged for CHEF Camp graduates to do cooking demonstrations at the new Walmart that opened in Lake Charles in 2016.

Another CHEF Camp sponsor in Lake Charles is the Southwest Sickle Cell Anemia Foundation. So far, one camp has been held for children with sickle cell anemia, and more are planned, McCarty said.

UnitedHealthcare has indirectly contributed support for CHEF Camps. This company provides funding to the Louisiana 4-H Food Smart Families program, where money for youth nutrition efforts is distributed across the state. Last year UnitedHealthcare presented a $55,000 check to Louisiana 4-H during a CHEF Camp in New Orleans sponsored by the New Orleans Recreation Development Commission.

Besides East Baton Rouge, Calcasieu and Orleans parishes, CHEF Camps are offered in other parishes where there are joint LSU AgCenter and SU Ag Center programs, including Avoyelles, Evangeline, Lafayette, Madison, Richland, St. James, and East and West Carroll.

Camp teachers are extension agents and nutrition educators with the EFNEP and SNAP-Ed. But the camps depend heavily on volunteers, who include students from Southern University, LSU and Delgado Community College and older graduates from previous CHEF Camps.

The next step for the CHEF Camp initiative is an advanced camp for young adults so they can learn about entrepreneurship and opportunities to make food products into successful businesses, Charles said.

Linda Foster Benedict is a professor in LSU AgCenter Communications and editor of Louisiana Agriculture.

As part of their CHEF Camp experience, students design their own “chef hat” and apron. These students were part of the camp in July 2017 in a kitchen lab at the Southern University Ag Center in Baton Rouge. Photo by Linda Foster Benedict 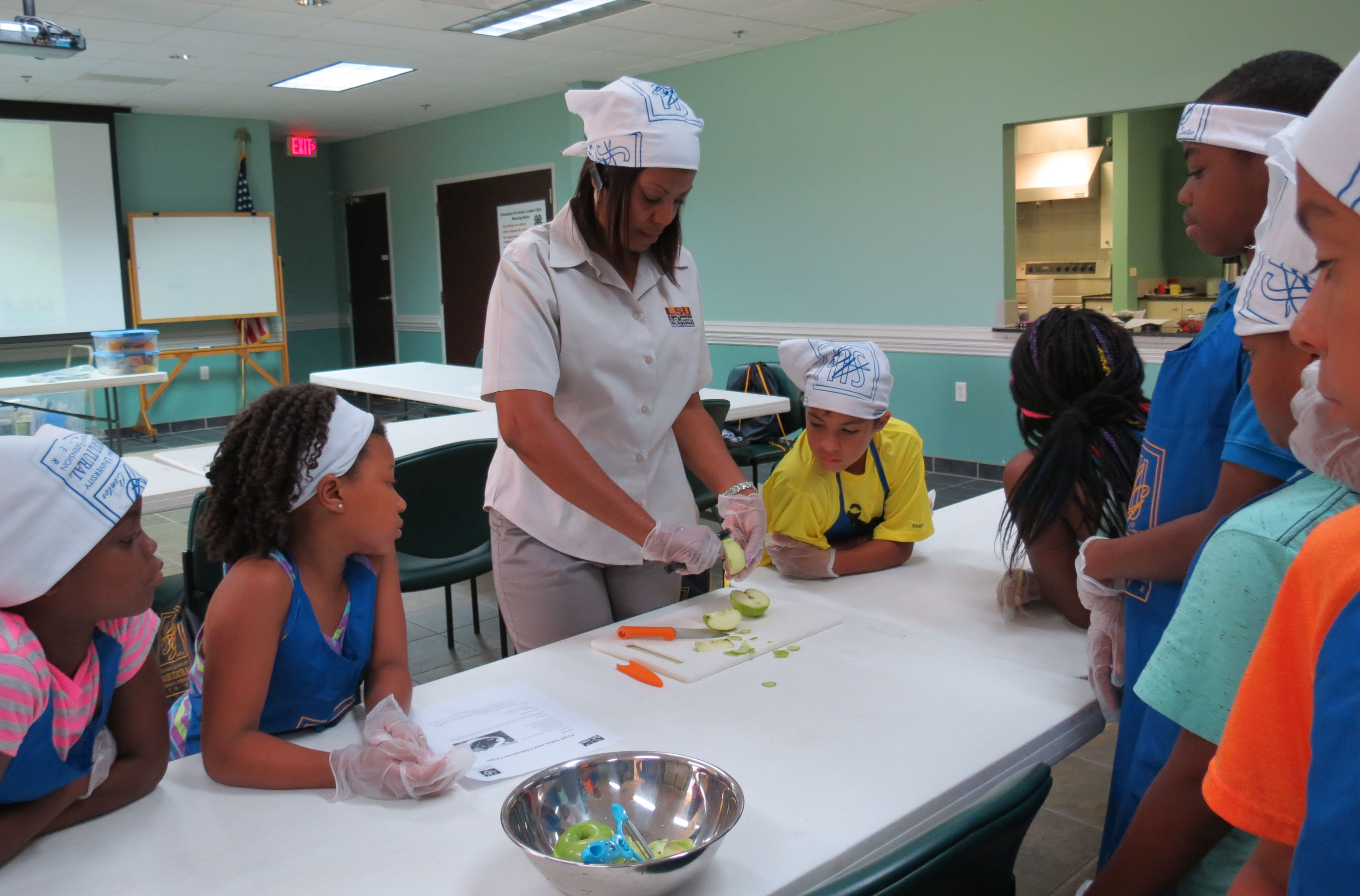 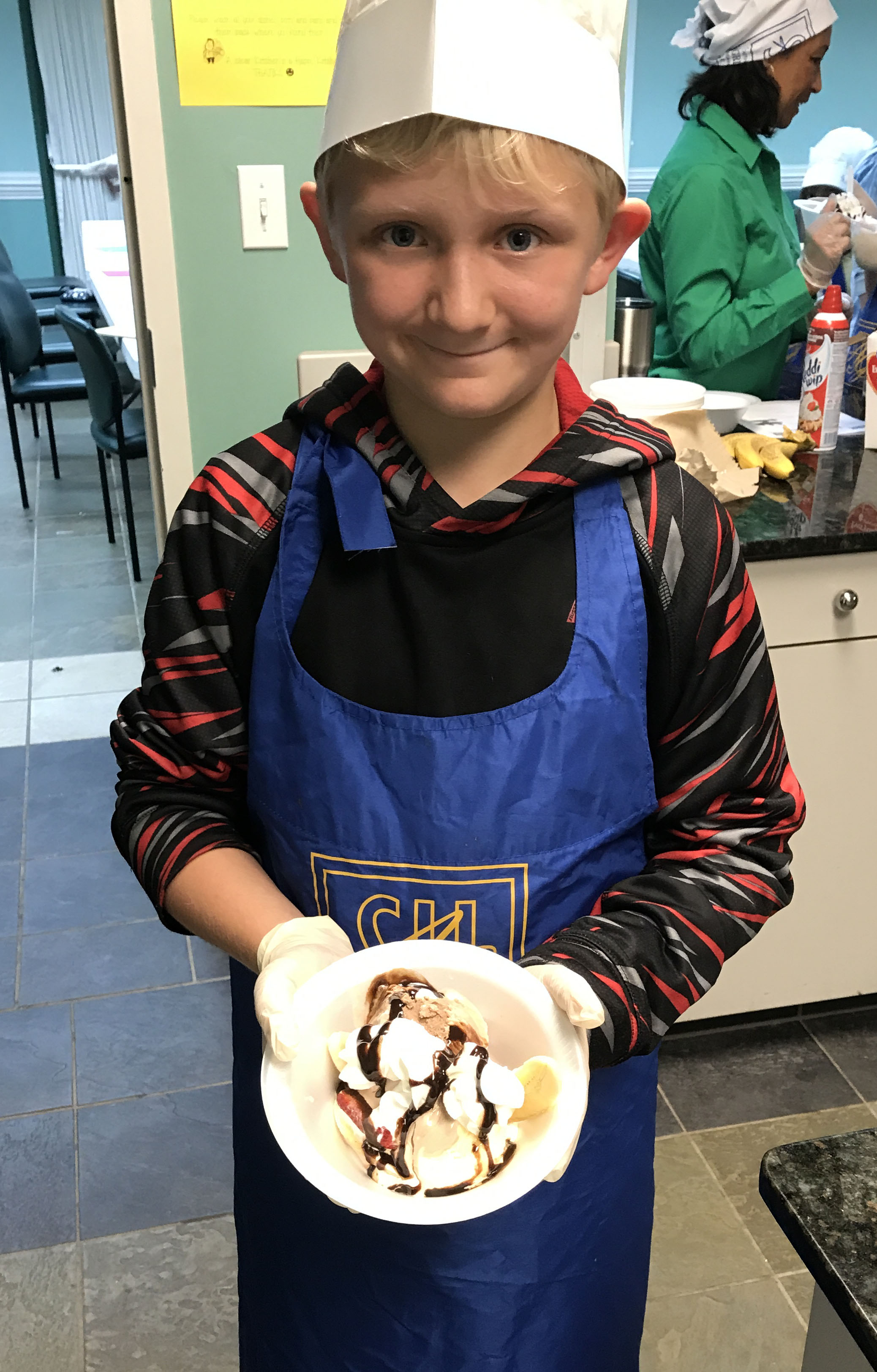 This student shows off his Banana Boat creation as part of the week during the CHEF Camp for foster children in Lake Charles in March 2017. Photo by Shatonia McCarty 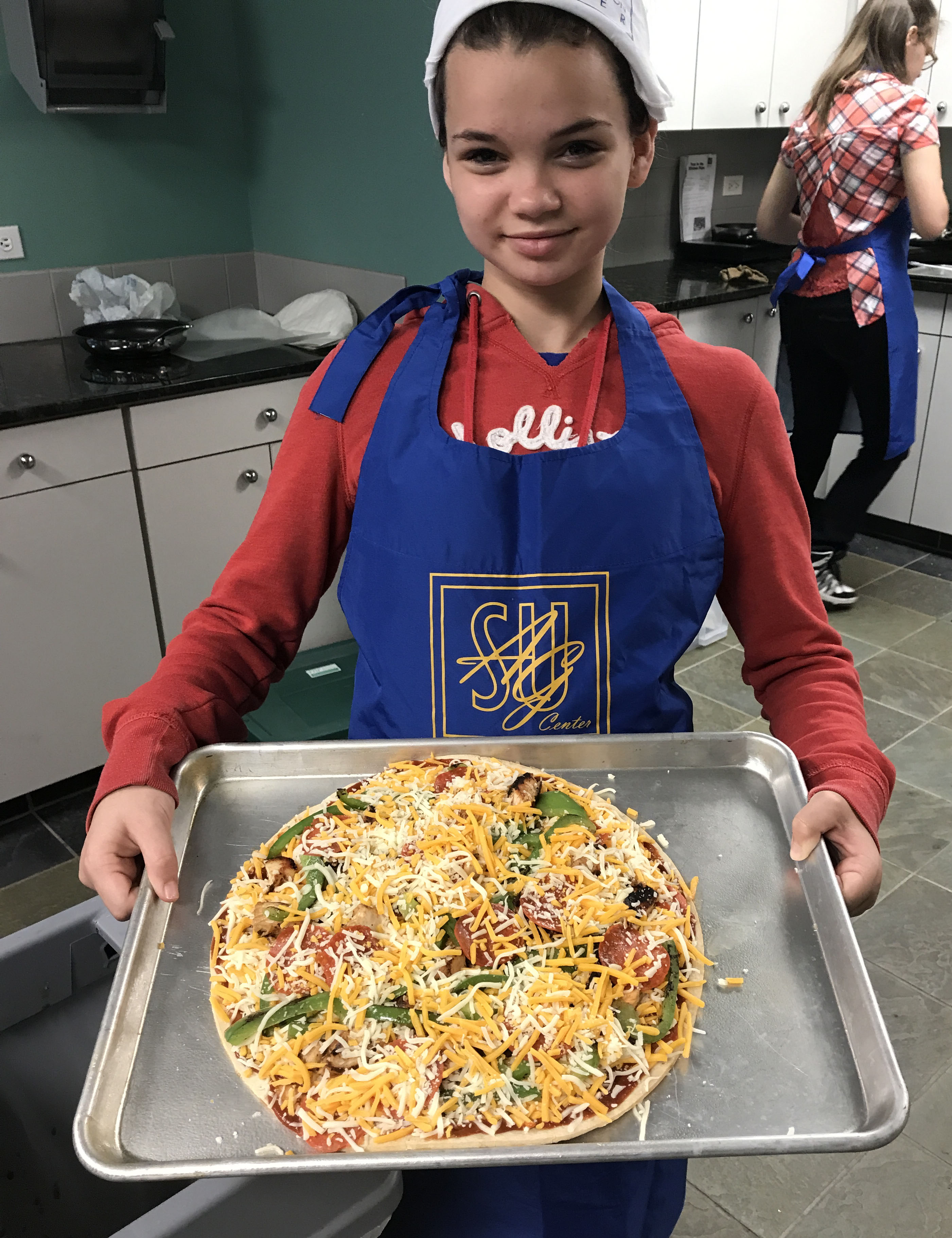 This participant at the CHEF Camp for children with sickle cell anemia in Lake Charles in April 2017 shows the pizza she made with whole wheat flour. Photo by Carol Sensley