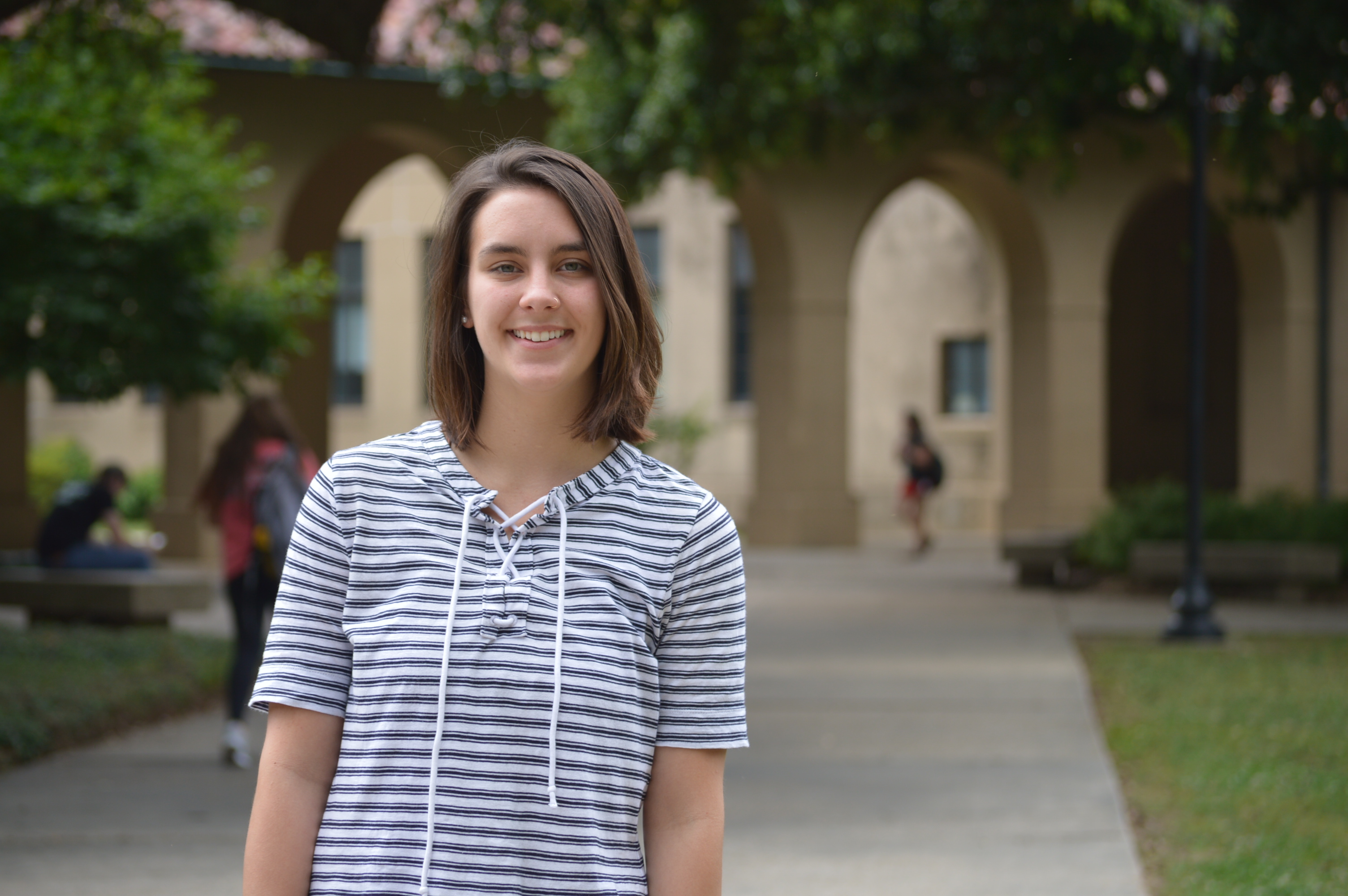 Madelyn Smith, a sophomore from Lafayette studying natural resource ecology and management, spent the past year photographing and collecting stories from Louisiana communities threatened by coastal erosion. The book that resulted from her work, Louisiana Gone, is filled with black and white images and essays that detail life along Louisiana’s vulnerable coastline.

Smith is a 2017 recipient of the Udall Undergraduate Scholarship, which is awarded to only 50 college sophomores and juniors in the country and recognizes a student’s commitment to issues related to the environment. She believes her book played a role in her receiving the scholarship. As an Udall scholar, Smith will travel to Tucson, Arizona, this summer for a conference with other Udall scholars, where they will be charged with trying to find a solution to an environmental issue. 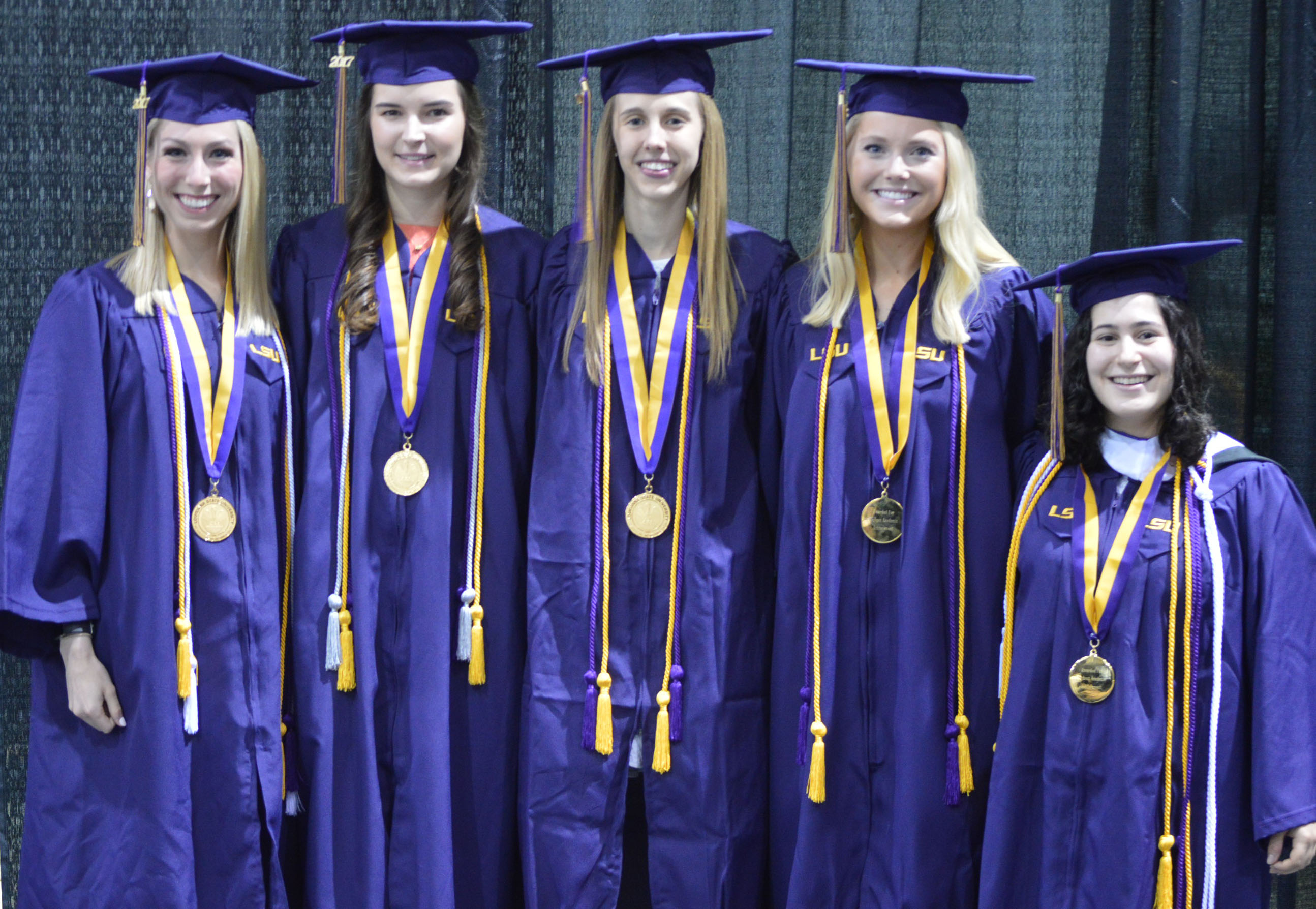 Five College of Agriculture students received University Medals during the college’s commencement ceremony on May 12 in the LSU Maddox Field House. The University Medal was established as an award for LSU undergraduate students graduating with the highest grade point average in their class.

“This is an outstanding achievement,” said Bill Richardson, dean of the College of Agriculture and LSU vice president for agriculture. “We are very proud of these students for their accomplishments.”

Kunlin Song, at right, a recent Ph.D. graduate in the School of Renewable Natural Resources, is the recipient of this year's LSU Alumni Association Distinguished Dissertation Award in Science, Engineering and Technology with his dissertation, "Application of Biomass in Nanocomposites and Drilling Fluids." 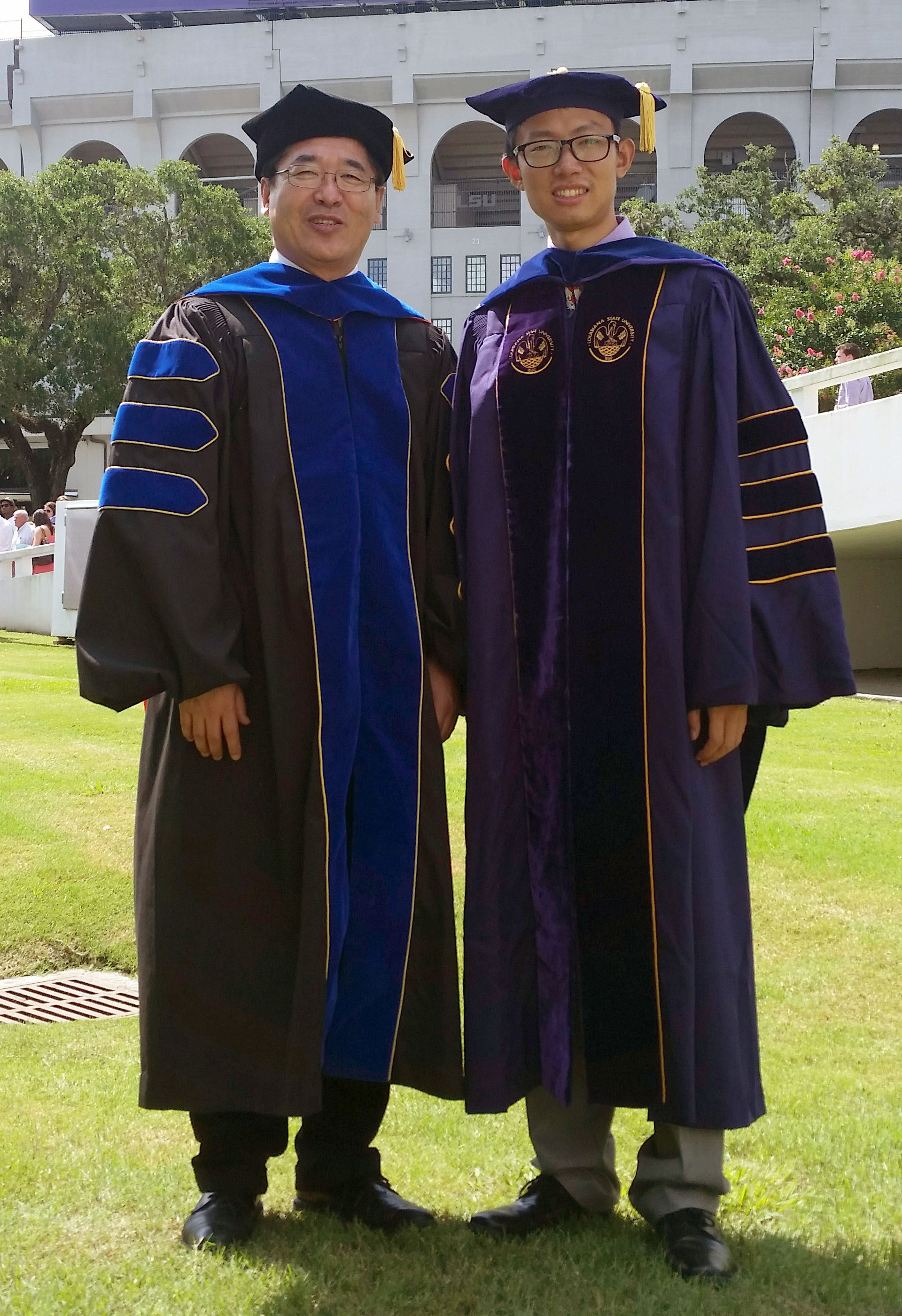 His major professor was Qinglin Wu, at left. The winning dissertation demonstrated a mastery of research techniques, ability to do original and independent research, and skill in formulating conclusions that in some way enlarge upon or modify an accepted idea and most importantly contribute to knowledge. In 2015, Kunlin won a prestigious second-place Wood Award given to the best graduate research papers by the Forest Products Society. Kunlin’s work has been published in Fuel, Journal of Thermal Analysis and Calorimetry ACS Applied Materials and Interfaces, Industrial & Engineering Chemistry Research, Colloids and Surface A: Physicochemical and Engineering Aspects, and Journal of Natural Gas Science and Engineering.