Managing Insects for Peace and Prosperity

Insects are the largest and most diverse group of organisms on earth. Almost a million species of insects have been described by scientists, with many more yet to be discovered. The overwhelming majority of these insect species enrich our lives with their beauty or provide us with tangible benefits by acting as vital components of ecosystems; for example, insects are responsible for pollinating many of our crops and for consuming other insects that would otherwise damage our crops. A relatively small number of insects, however, create serious problems for humankind. The mission of the Department of Entomology is to develop solutions for these insect-related problems.

Insects negatively impact humans by consuming crops both before and after harvest. Historically, one of the primary reasons for the establishment of separate departments of entomology in land-grant universities, like LSU, was to better help farmers control the pests that threatened their crops. Many entomology faculty members are leaders in the discipline of integrated pest management (IPM), an approach that seeks to develop ecologically based, cost-effective and sustainable solutions to pest problems in crops. An IPM approach does not completely eschew the use of insecticides, but rather seeks to use insecticides rationally and integrate the use of insecticides with alternative tactics such as biological control (the use of a pest’s natural enemies against it), host plant resistance (the development and deployment of crop varieties with inherent resistance to pests) and cultural controls (alteration of the crop environment in ways that reduce the impact of pests). LSU field crop entomologists are developing IPM tactics in crops important to Louisiana’s economy, including corn, soybeans, sugarcane and rice. Similar principles are being applied to the management of pests of forests. The research and extension programs directed by the department’s field crop and forest entomologists save Louisiana’s producers millions of dollars annually.

The voracious appetites of some insects for plants can in some cases be used to our advantage. Giant salvinia is an extremely damaging weed present in many Louisiana waterways. The aptly named salvinia weevil feeds only on this plant, and releasing this weevil in areas affected by giant salvinia can greatly reduce the salvinia problem. A large effort is underway in the department to rear large numbers of this weevil for release in salvinia-infested areas in Louisiana.

Insects are also important pests in urban environments, whether by acting as nuisances (bedbugs, cockroaches, fire ants) or by attacking structures (termites, carpenter ants). The Formosan subterranean termite alone causes hundreds of millions of dollars in damage annually in Louisiana. Like their field crop counterparts, urban entomologists in the department are investigating novel strategies for monitoring and controlling urban pests. For example, they were instrumental in developing bait systems for controlling Formosan subterranean termites, and experiments are now being conducted to develop termite control strategies that target the symbiotic protozoans in termite guts essential to the ability of termites to feed on wood.

Another major impact of insects on humans is the ability of some insects, notably mosquitoes and biting flies, to transmit (vector) diseases to humans, livestock and companion animals. There are a number of insect-vectored diseases that are already problems in Louisiana, such as West Nile virus in humans and heartworm in dogs, while other diseases such as Zika virus are not yet present in Louisiana but are potential threats. Research and extension personnel in the department are at the forefront of efforts to develop and implement improved programs for managing the vectors of diseases and thereby prevent disease. One collaborative project in this area involves two of the most familiar insects in south Louisiana, honeybees and mosquitoes. Department personnel are developing strategies to effectively use insecticides against mosquitoes without negatively affecting honeybees, the hives of which are often found in areas targeted by sprays for mosquitoes. Another related effort seeks to monitor mosquitoes statewide for the development of resistance to insecticides. The development of insecticide resistance in mosquito populations would severely curtail our ability to control the spread of mosquito-vectored diseases.

Other research in the department is directed toward a better understanding of the key role of insects in natural ecosystems. In coastal marshes, for example, larvae of horse flies (tabanids) function as top predators, and populations of tabanids are therefore sensitive to ecological perturbations. Research initiated after the Deepwater Horizon oil spill in 2010 is using surveys of tabanid populations in coastal areas of the Gulf of Mexico as indicators of ecosystem health and recovery in oiled regions.

The Louisiana State Arthropod Museum is vital to all the activities of the Department of Entomology. The museum houses more than a million specimens of insects, and museum personnel have collectively described hundreds of new species of insects over the past 20 years. More importantly, the taxonomic expertise possessed by museum staff is essential to the proper functioning of all the other research, extension and outreach programs in entomology.

Also central to all activities in the department are our students. There are currently about 35 master’s and doctoral students from eight countries. It is their hard work that fuels most of the research, and they are active in outreach efforts by the department. Graduates from the department go on to jobs in academia, the agrochemical industry and government agencies like the Environmental Protection Agency and the U.S. Department of Agriculture. The Department of Entomology also teaches and mentors undergraduate students, both formally in classes and informally by providing undergraduate opportunities for independent research.

The diversity of research and outreach activities conducted by the faculty, staff and students in the Department of Entomology is a reflection of the diversity of insects themselves. Unifying these disparate activities is not only a commitment to solving insect-related problems for the people of Louisiana but also a desire to increase public appreciation for this fascinating group of organisms.

Michael J. Stout is head of the Department of Entomology and holds the L.D. Newsom Professorship in Integrated Pest Management. 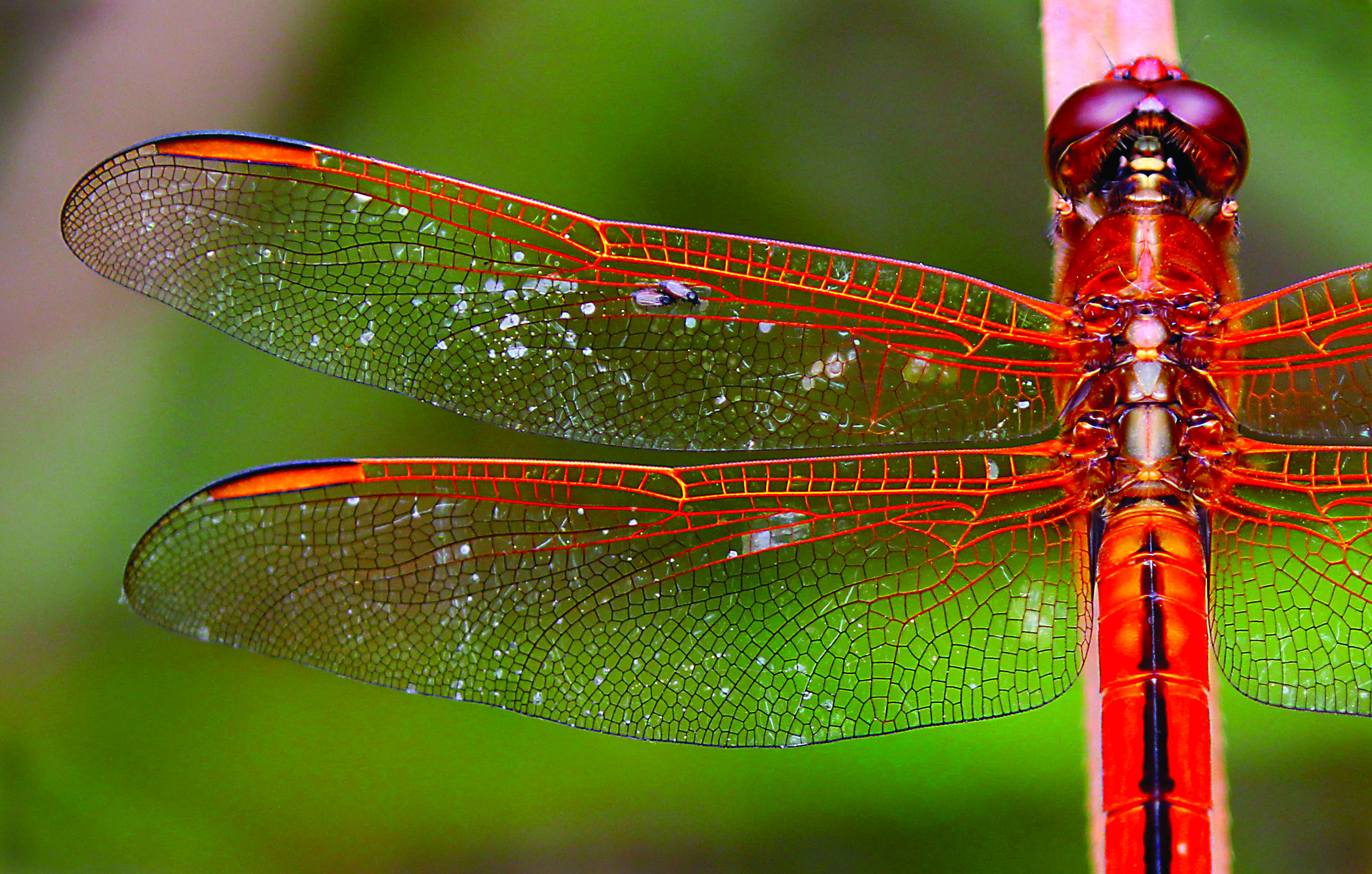 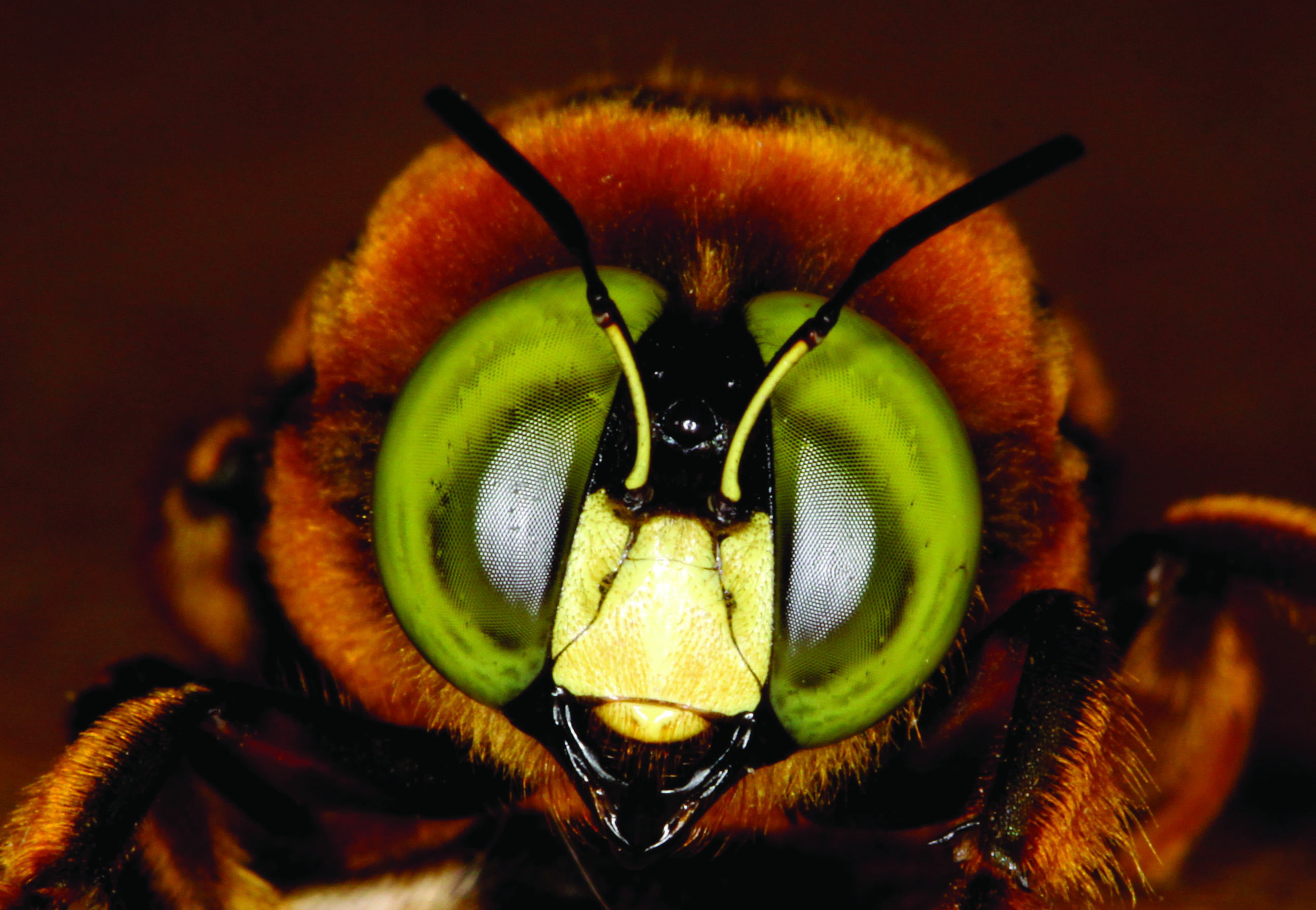 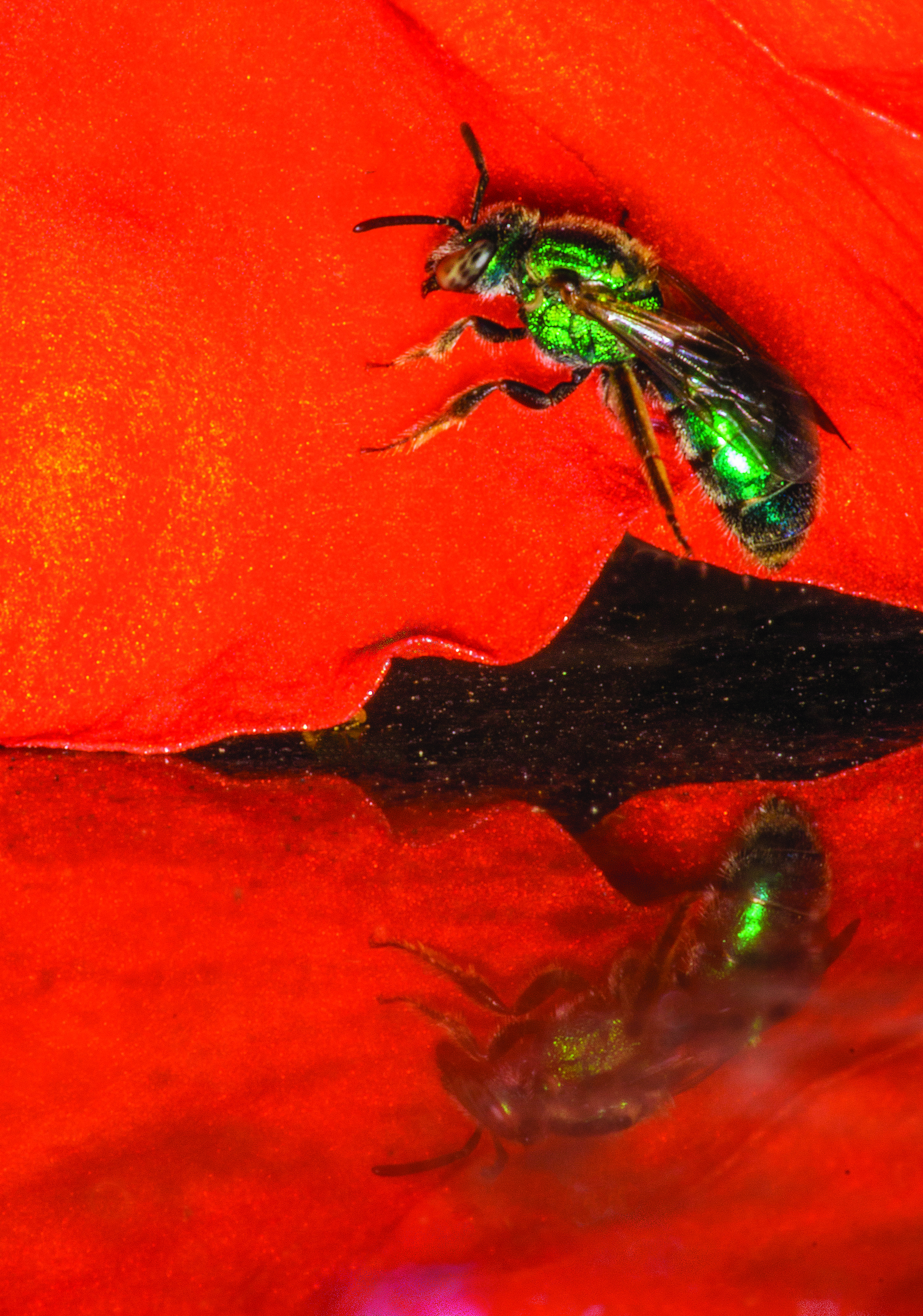 Sweat bee in a mirror. Photo by Claudia Husseneder