Will the Real Creole Tomato Please Stand Up?

Louisianans have various definitions of what constitutes a “Creole” tomato. Traditionally, farmers in St. Bernard and Plaquemines parishes marketed their tomatoes as Creole. According to these producers, allowing the tomatoes to vine-ripen and grow in a rich alluvial soil created a unique flavor distinguishing their tomatoes from other Louisiana- and U.S.-produced tomatoes. St. Bernard and Plaquemines parish tomato producers did not plant only one variety. Saving tomato seed is a common practice among professional and home gar­deners. As gardeners purchased Creole tomatoes, they saved the seed, grew it and passed the seed to other gardeners.

To add to the confusion, former LSU AgCenter research­er Teme Hernandez released a tomato variety named Creole in 1969. The variety Creole was not commonly grown in St. Bernard and Plaquemines parishes. Hernandez described Creole as a tomato with medium-sized, deep red fruit with some resis­tance to fusarium wilt. The AgCenter did not maintain seed stock of Creole. Today, Creole has become a marketing term for any tomato grown in Louisiana.

Creole tomato seed was sourced from 11 companies. Only seed named “Creole” or described as the 1969-released Creole was purchased (Table 1). Seed was sown on January 14, 2015. Seedlings were hardened off outdoors one week prior to trans­planting. On March 24, 2015, the Creole tomato seedlings were planted at the AgCenter Botanic Gardens at Burden.

A pre-plant fertilizer rate of 600 pounds per acre of 13-13-13 was incorporated into rows. Drip irrigation was installed, and silver-coated mulch was laid. Seedlings were planted on 18-inch centers and trellised. Fertilizer was applied through the irriga­tion water starting at first bloom for four weeks, alternating 60 pounds of calcium nitrate per acre per week and 75 pounds of potassium nitrate per acre per week for four weeks. The plants were treated with fungicide at planting and later on a 10-to-14-day schedule during the growing season.

The taste test occurred on June 20, 2015, during the annual Garden Fest at Burden, where 192 people tasted the Creole tomato varieties. Sources were not identified.

Maturity dates are important because early tomatoes com­mand a higher price at retail than those available later in the season. Figure 1 indicates the number of days between field planting and the first harvest. All tomatoes were medium-sized, with the exception of the T. Swift, which produced cherry-sized tomatoes. This size does not fit any typical Creole tomato description; therefore, data collection beyond germination rate and first harvest ceased.

Twenty plants of each tomato source were planted into the field with the exception of T. Swift and CherryGal. The plants continued to produce beyond July; however, data collec­tion ended in late June in order to present information to the Louisiana Fruit and Vegetable Growers Association members at the annual field day. The top three producing Creole tomatoes were sourced from Organic Seeds Direct (Amazon), Naylor’s Hardware in Baton Rouge and TomatoFest. Seed sources had 88 percent, 74 percent and 82 percent marketable yields, respec­tively. Marketable tomatoes were free from cracks, bruises and evidence of disease, insect or environmental injury. Individual fruit size ranged from 4.2- to 7.8-ounce fruit. Yield per plant was poor, ranging from three to six pounds (Table 2).

All tomatoes labeled Creole are not equal. The poor pro­duction of these plants also provides speculation as to why the LSU-released “Creole” never became popular among commer­cial producers. An average production of three to six pounds per plant does not justify growing Creole tomatoes commercially because these yields will not result in a profit.

Kathryn Fontenot is an assistant professor and extension specialist and Robert Williams is an extension associate in the School of Plant, Environmental and Soil Sciences.

Traditionally, a Creole tomato is allowed to vine-ripen and grow in rich alluvial soil, which allegedly creates a unique flavor. 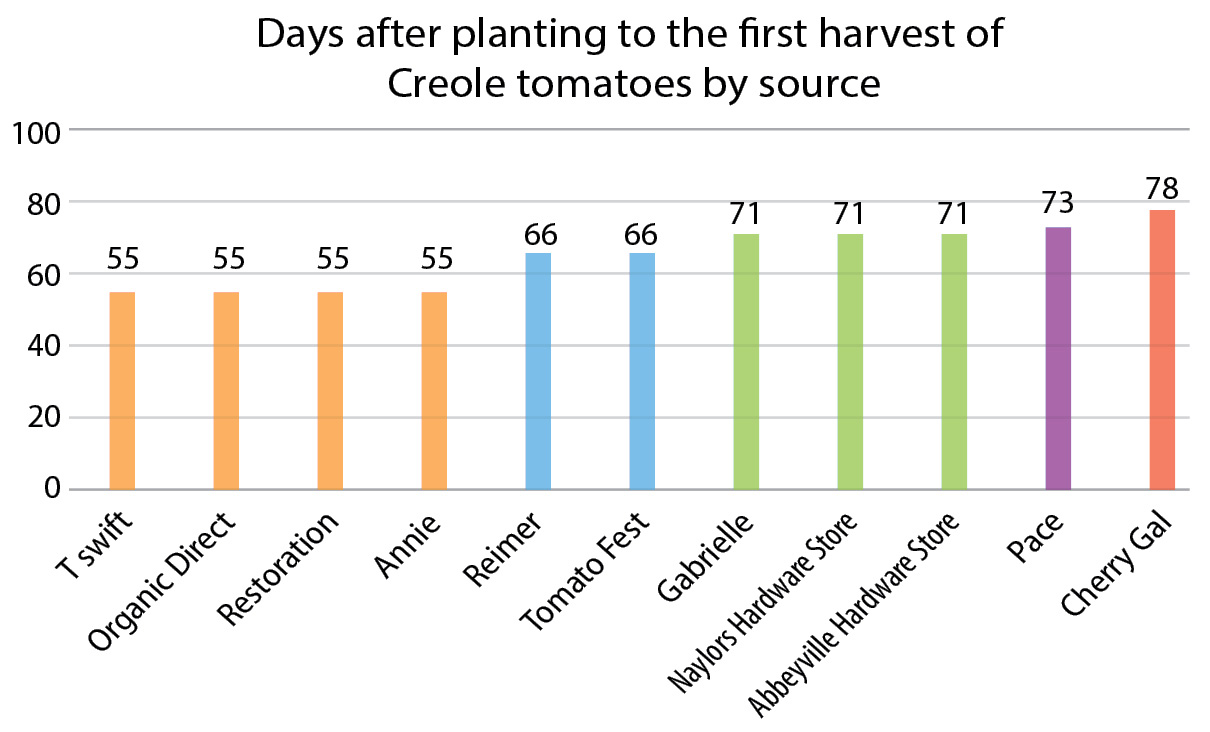 Figure 1. Days to harvest by source in the 2015 Creole tomato demonstration. 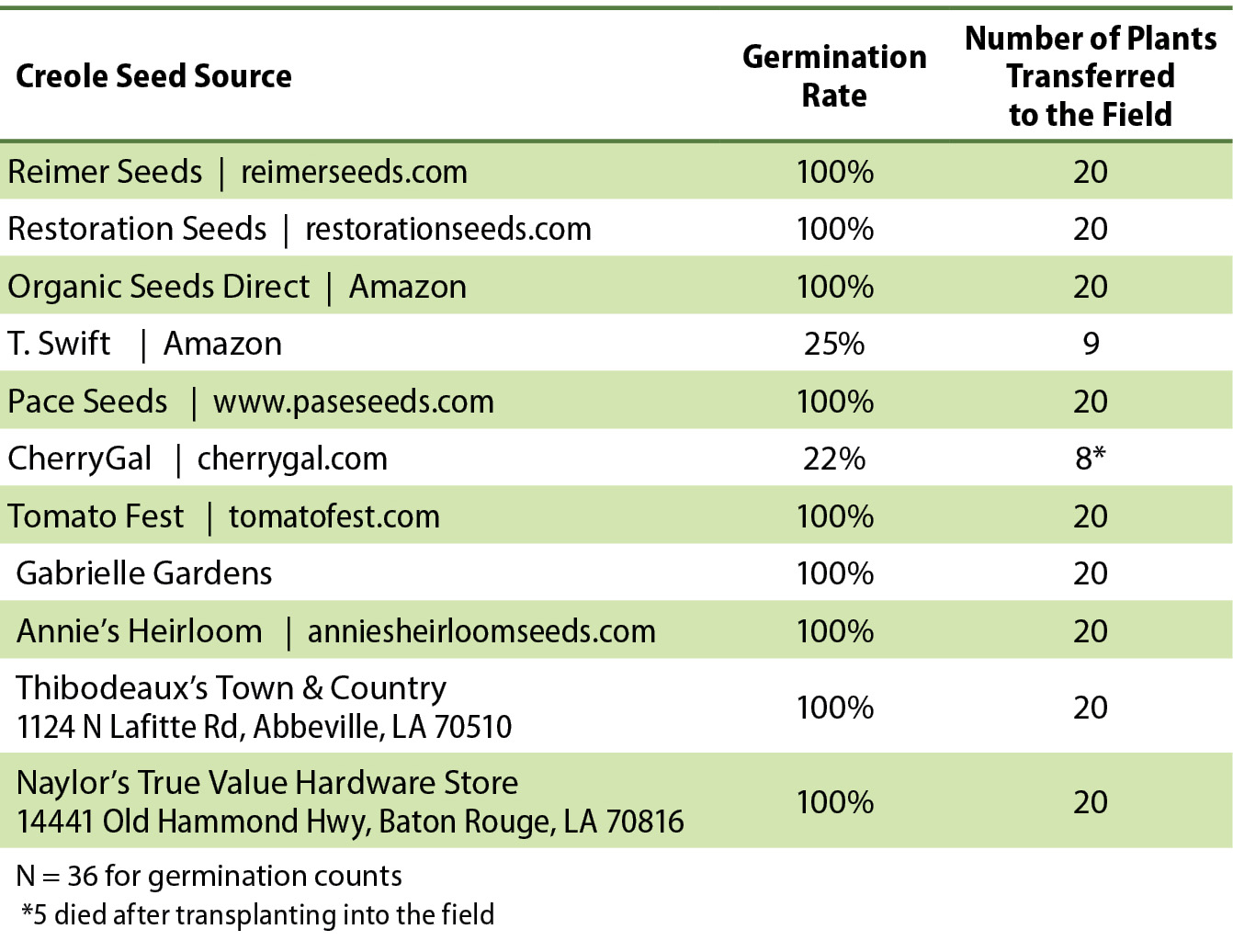 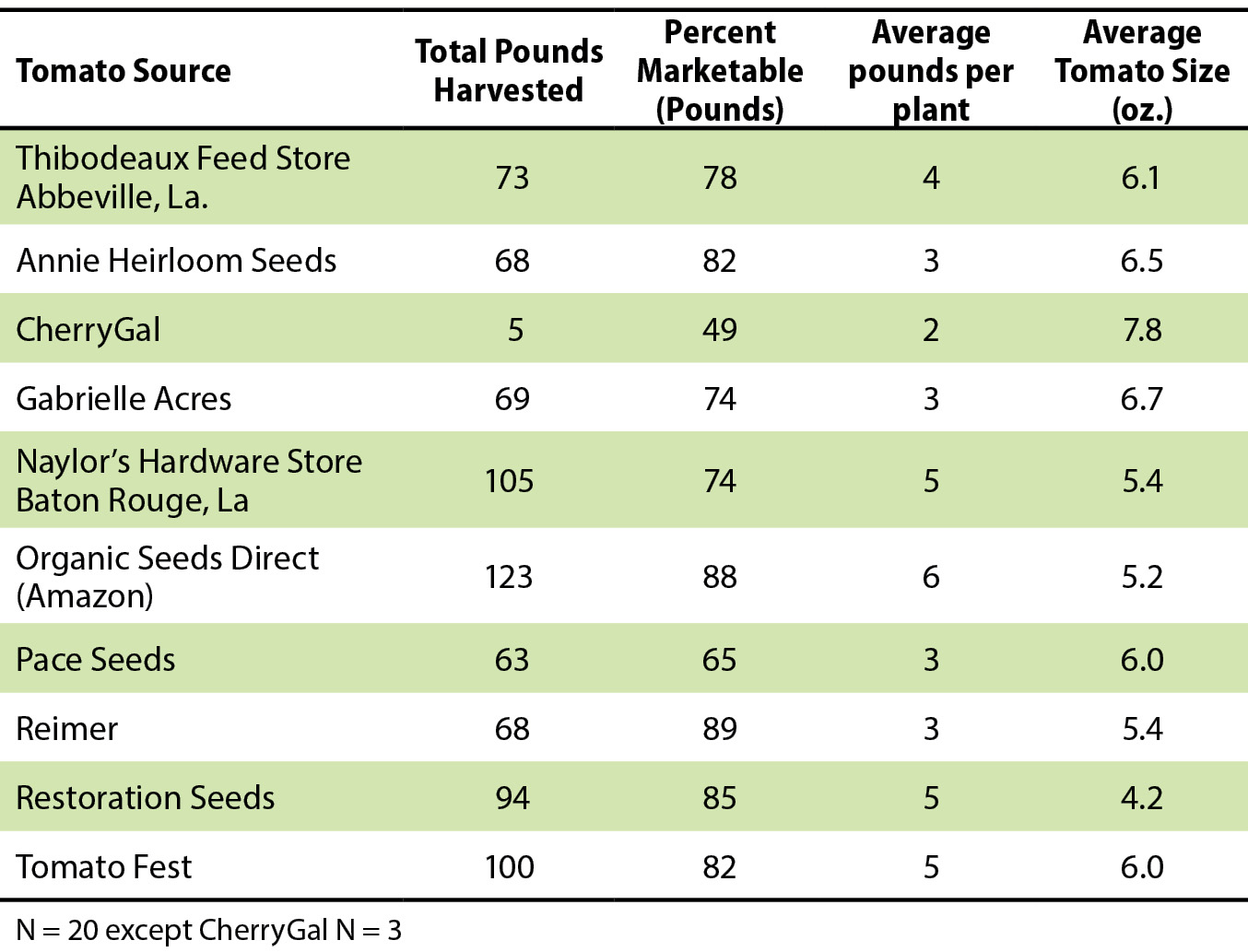