Evolution of the Louisiana Crawfish Industry

The crawfish industry in the southern United States can be dated back to at least the late 1800s, though there is some evidence to suggest that commercial trade in crawfish existed during the early 1800s as well. Markets were typically limited to those individuals and communities near the local fishery, and the “seasons” were likely restricted to a few weeks at best. Today, live crawfish can be found almost year-round, from early fall to August in some years, although the supply fluctuates greatly within the extended season.

The advent of crawfish aquaculture is responsible for this extended season and for increasing the supply exponentially over the past several decades. Crawfish yields from the capture fishery tend to fluctuate greatly from year to year and have experienced a general decline in the past 25 years (Figure 1). Over the same period, land area in Louisiana devoted to crawfish aquaculture has grown from 120,654 acres in 1990 to 225,789 acres today. Total annual crawfish production has increased from 61.1 million pounds to 127.5 million pounds, and total annual farm-gate value of pond-reared crawfish has increased from $34.1 million to more than $172.1 million during the past quarter century.

Proliferation and success of the crawfish industry in Louisiana can be attributed to several factors. Coupled with a well-established seafood harvesting, processing and distribution infrastructure, much of the southern and eastern part of Louisiana has a geography especially suitable for crawfish aquaculture – flat terrain, abundant water resources and clay soils. In addition, some 450,000 acres of rice production with established levee and irrigation systems and a desirable crop residue following the rice harvest provide farmers with assets highly desirable for crawfish culture. Low commodity prices over the past several decades and rising popularity of Cajun cuisine with crawfish as an iconic menu item gave rice farmers further incentive to incorporate crawfish into their farming system.

While Louisiana produces the lion’s share of live crawfish in the United States, markets extend well beyond Louisiana. Major markets can be found in metropolitan areas across the South, such as Little Rock, Dallas, Houston, Austin, Mobile, Jackson, Memphis and Atlanta. Wholesale and retail prices for live crawfish vary widely not only year-to-year but also within seasons because of wide swings in supply and demand. Expansion of the Louisiana crawfish industry and a diversification of the strategies used to produce crawfish have helped mitigate supply and price variations to some degree.

Crawfish aquaculture methods have evolved into two main strategies that account for slightly different seasons relating to market availability, albeit with a significant overlap in peak production during early spring. Strategies that rely on crawfish being produced in the same field year after year, whether as the sole crop harvested or in rotation with a rice crop, typically are capable of supplying markets the earliest after ponds are flooded in the fall. Crawfish not captured from the previous season that survived the summer draw-down period will make up a majority of the harvest early on. This allows producers to realize a harvest before the young-of-the-year crawfish reach market size later. Harvesting in “permanent” ponds often begins in November, but it is not unusual to find some yield in late October.

Farming operations that typically grow crawfish in rotation with a rice crop in a field rotational approach rarely begin harvesting in earnest before January, and often it’s February or later. The reason for the later start in these systems is because when fields are in a rotation pattern and are not flooded and managed for crawfish the previous season, insufficient “holdover” crawfish exist. The bulk of the first harvests in these cases will be composed almost solely of young-of-the-year crawfish, which are spawned and recruited to the pond in the fall. It takes several months, depending on weather conditions, for the first wave of recruits to reach acceptable market size in harvestable numbers. Harvesting may be intermittent or sporadic early on for either of these production strategies. But as temperatures begin to warm in the spring, yields can greatly increase and then taper off at different rates.

Typical harvest profiles for these two different production strategies are depicted in Figure 2 from data generated over 10 consecutive years. The bars in the graph represent the average percentage of total annual yield achieved by month. Notice that harvests from permanent ponds began in November, peaked in April, and were completed by the end of May. Harvesting from the rotational ponds did not begin until January and also peaked in April, but harvesting continued into July. Thus, because of the complementary nature of these two production strategies, crawfish are made available to the public from November (and sometimes earlier) through July (and sometimes later), although supply is limited at the ends of the spectrum.

While crawfish yields from the wild crop or capture fishery may not be as high as they once were, that harvest often begins later in the spring (April or May) and may last well into the summer. The supply from the wild, especially when numerous, can have a significant contribution and further extend the availability of crawfish to the public. So, while crawfish may be available for nine or 10 months of the year, the supply is far from consistent; thereby, consumers typically still see the results of supply and demand in action regarding prices. 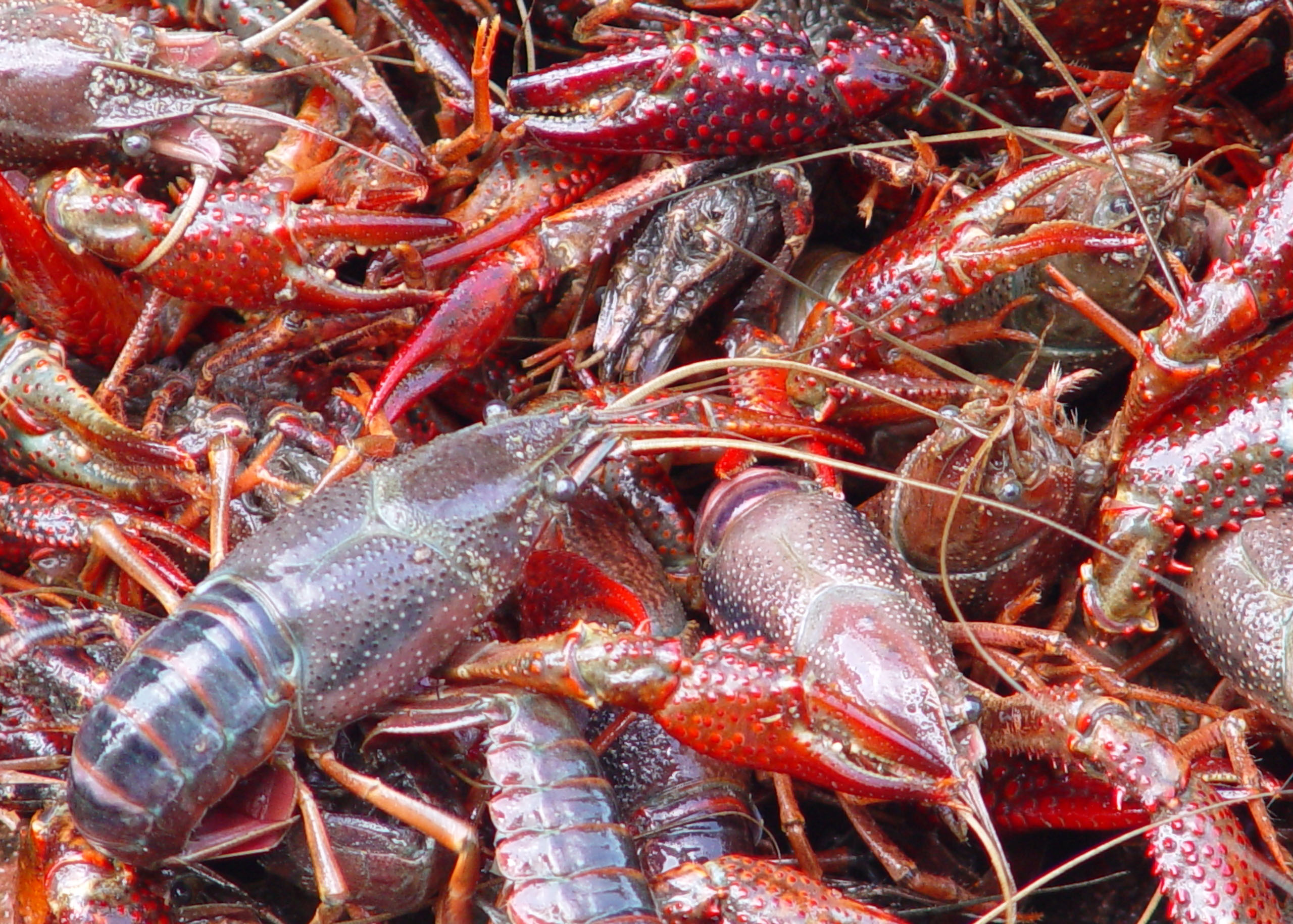 Once a local commodity only, crawfish production in Louisiana is almost year-round now with markets across the U.S. and overseas. Photo by Ray McClain 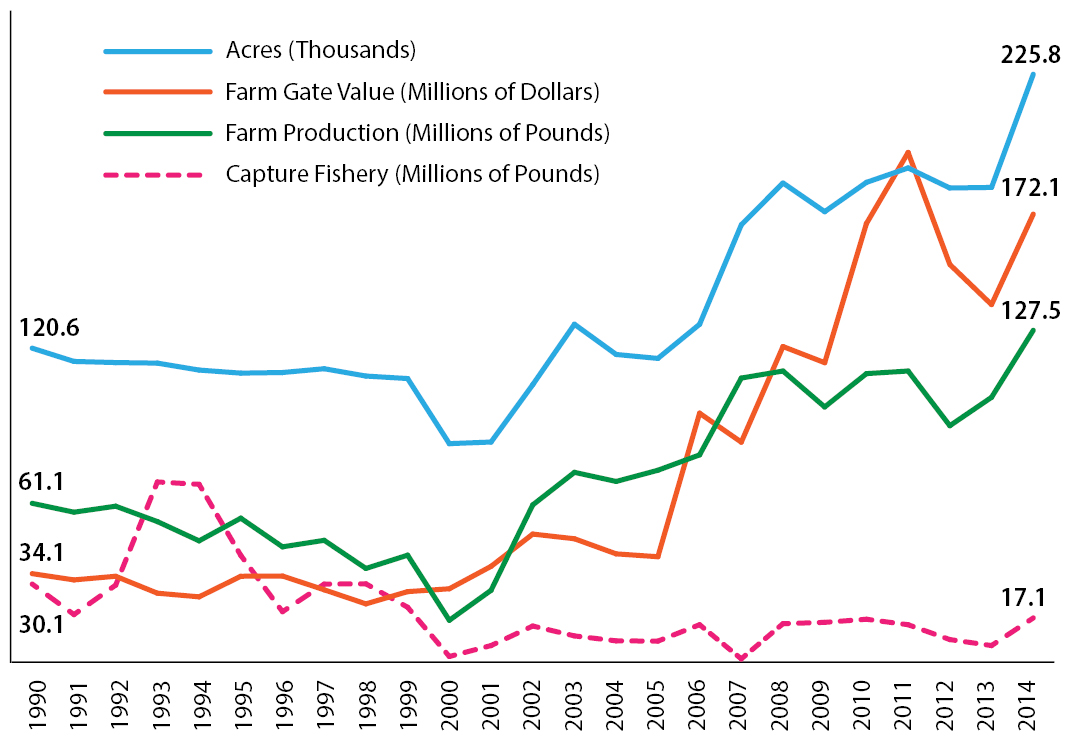 Figure 2. Average percentage of total annual yield, by month, for crawfish harvested from experimental ponds managed over a 10-year period to simulate either permanent (i.e., consecutive production in the same location) or rice-crawfish field-rotational systems of production.