The spring class of 2022 represents 22 Louisiana parishes, 11 states and 12 countries.

The college recognized graduates for their outstanding academic performance and various honors and distinctions.

Six graduates earned the academic honor of University Medal by maintaining the highest GPA in their class while pursuing their degrees.

Three graduates earned the designation of Distinguished Researcher by LSU Discover for demonstrating their outstanding ability as an advanced student researcher in their discipline.

Each spring, LSU identifies 12 prominent seniors as the Tiger Twelve. These seniors contribute positively to campus life and the surrounding community.

College honors are bestowed on students who have written and defended an honors thesis and completed a program of coursework specified by their departments and the Ogden Honors College.

Second Lieutenant Thomas Arnold was commissioned into the United States Army the day before graduation. Arnold is an animal sciences major from Baton Rouge. He will report to Air Defense Artillery School in Fort Sill, Oklahoma, after graduation.

Fifty-eight students were presented with University Latin Honors, having maintained a GPA of at least 3.7.

View the full list of LSU College of Agriculture graduates for spring 2022 at https://bit.ly/lsuag22grads. 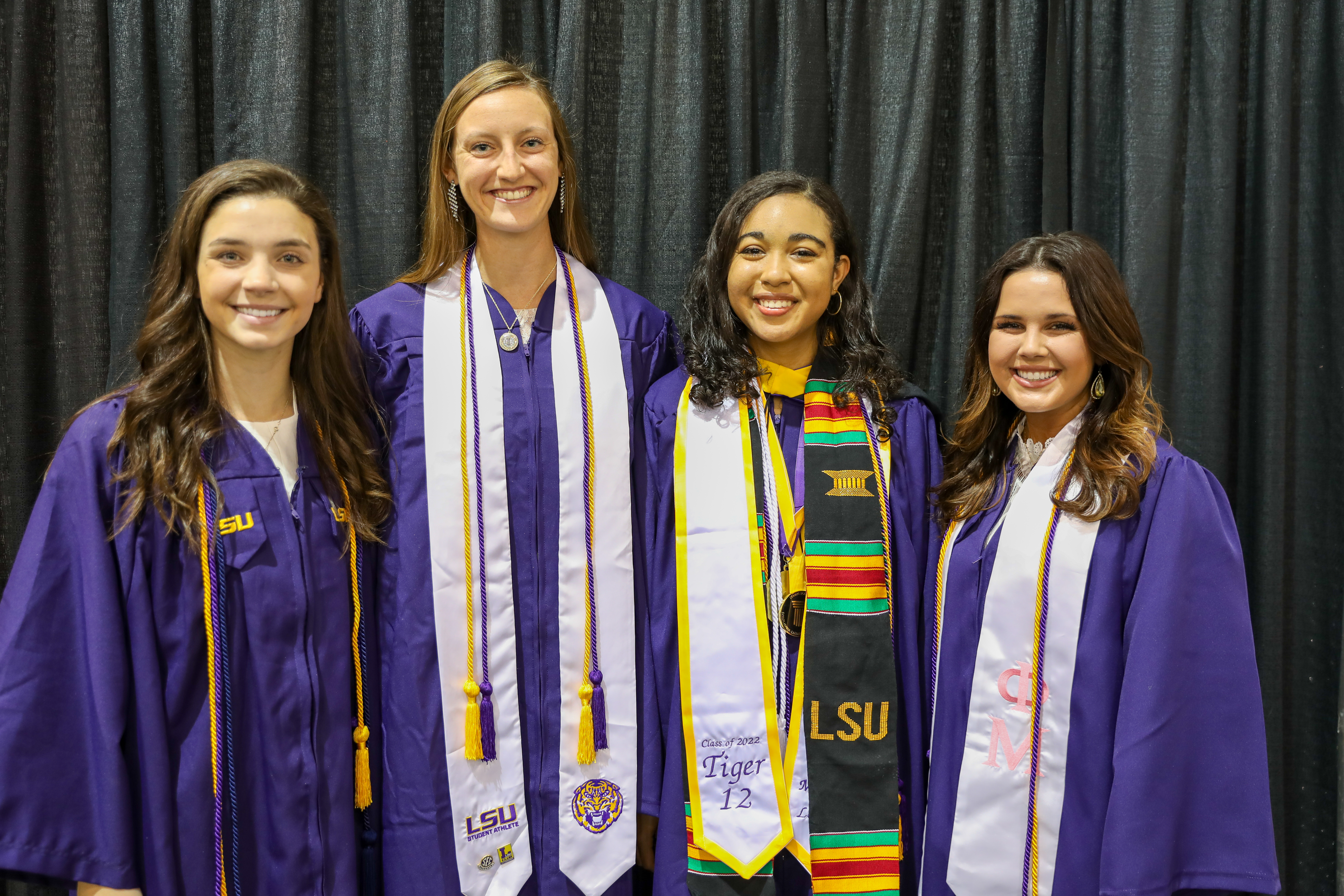