(03/19/21) GONZALES, La. — Even though normal was not a word used much during the 86th annual LSU AgCenter Livestock Show held recently at the Lamar-Dixon Expo Center in Gonzales, Louisiana 4-H and FFA members were still rewarded for their hard work.

The winner of the Governor’s Award for 4-H is Ali Fontenot. She lives in Breaux Bridge and attends Teurlings Catholic High in Lafayette.

Fontenot is an at-large member of St. Martin Parish 4-H. Following in the footsteps of many family members, she began 4-H at age 9 with a lamb provided by her grandfather.

Numerous purple ribbons and trophies won over the years can attest to her success as an exhibitor and showman. Community involvement has been another aspect of her 4-H experience, and she has been rewarded with trips to the North American Livestock Show and National 4-H Congress, and with experiences on the 4-H Executive Board.

Fontenot is the daughter of Adam and Adrienne Fontenot and credits her 4-H agents, Hope Guidry and Hannah Devall, with much of her success.

“I have learned more about life through losing than I ever did in winning,” Fontenot says.

The Governor’s Award for FFA winner is Kyle Sonnier, of Lacassine FFA. Kyle is the 18-year-old son of Chad and Aimee Sonnier of Iowa. Like his grandfather, Andrew Myers, and his mother, he exhibits dairy cattle.

Sonnier is a 2021 graduating senior at Lacassine High School and is an honor student dually enrolled in the Sowela Community College electrical program to earn an associate’s degree. He is a member of FFA, 4-H, Jeff Davis Dairy Club and Jeff Davis Junior Leaders.

He and his family operate a dairy cattle operation north of Iowa. Kyle began his dairy herd nine years ago and recently won the State FFA Proficiency Award in dairy cattle production.

He is proud of his accomplishments, which include being named Champion Dairy Showman Overall at the LSU AgCenter Livestock Show and the Louisiana State Fair in Shreveport. While in FFA, he has competed in livestock and dairy Judging.

The winner of the Superintendent of Education Award for 4-H is Camille Sonnier, of Jefferson Davis Parish. She is a freshman banner roll student at Lacassine High School, where she is a member of the Red Hots dance line, FFA, Beta Club, 4-H, Jeff Davis Dairy Club and Jeff Davis 4-H Junior Leaders.

Camille is a third-generation livestock exhibitor, following in the footsteps of her mother and grandfather.

Her family owns 3-S Farms in Iowa, where they raise commercial, jersey and brown Swiss cattle. Her family has been named the Premier Exhibitor Family for Jersey and All Other Breeds cattle at the State Fair of Louisiana. She is the daughter of Chad and Aimee Sonnier and sister to Kyle.

The Superintendent of Education Award for FFA winner is Charlee Bell, of Lacassine FFA. She is from Lacassine, where she is an eighth-grade honor student at Lacassine High School, where she is a member of the Lacassine Cardinal Track Team, FFA, Beta Club and 4-H.

Bell is a fourth-generation agricultural enthusiast. Her mother, Brandi, grew up raising and showing livestock and was a rodeo athlete. Her father, Keith, was also a rodeo athlete.

From the time Charlee could walk, her mom put a show stick in her hands, feeding her passion for livestock exhibition. While Bell’s time in the show ring highlighting her show cattle is what she loves, she also enjoys the opportunities of showmanship and leadership competitions.

She says livestock exhibition has helped her to be the daughter, student, exhibitor and person that she is today. Although her plans after graduation remain undecided, she will be attending college and utilizing her background in agriculture in her career.

The C.W. “Dub” Kennedy Award in Animal Science honoring the former livestock show manager is based upon 4-H records in the livestock project areas.

This year’s winner is Christopher Broussard, of Vermilion Parish. He is a fifth-generation beef producer and currently owns and operates his own business of producing quality beef, which he markets through C B Custom Meats.

Broussard is a 2019 National Congress winner, and he was chosen as the Junior Cattleman of the Year and the Junior Parade Marshall for the Louisiana Cattle Festival in Abbeville.

A student at Abbeville High School and a FFA member he is the son of Timothy and Gwen Broussard.

Ali Fontenot is the winner of the 2021 Governor’s Award for 4-H at 86th annual LSU AgCenter Livestock Show. Fontenot is a member of St. Martin Parish 4-H. Photo provided 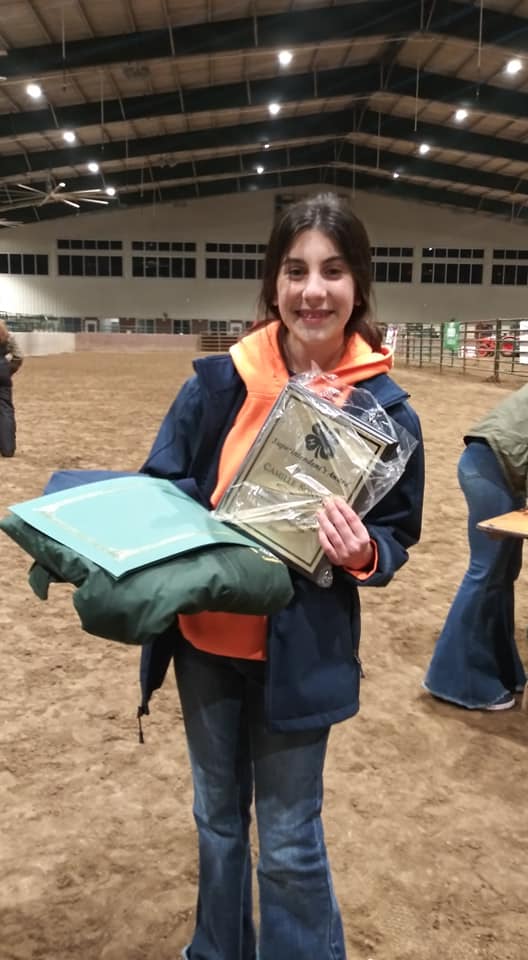 Camille Sonnier, a 4-H member from Jefferson Davis Parish, is the 2021 winner of the Superintendent of Education Award for 4-H at 86th annual LSU AgCenter Livestock Show. Photo provided

Charlee Bell from Lacassine FFA is the 2021 winner of the Superintendent of Education FFA award. Photo provided 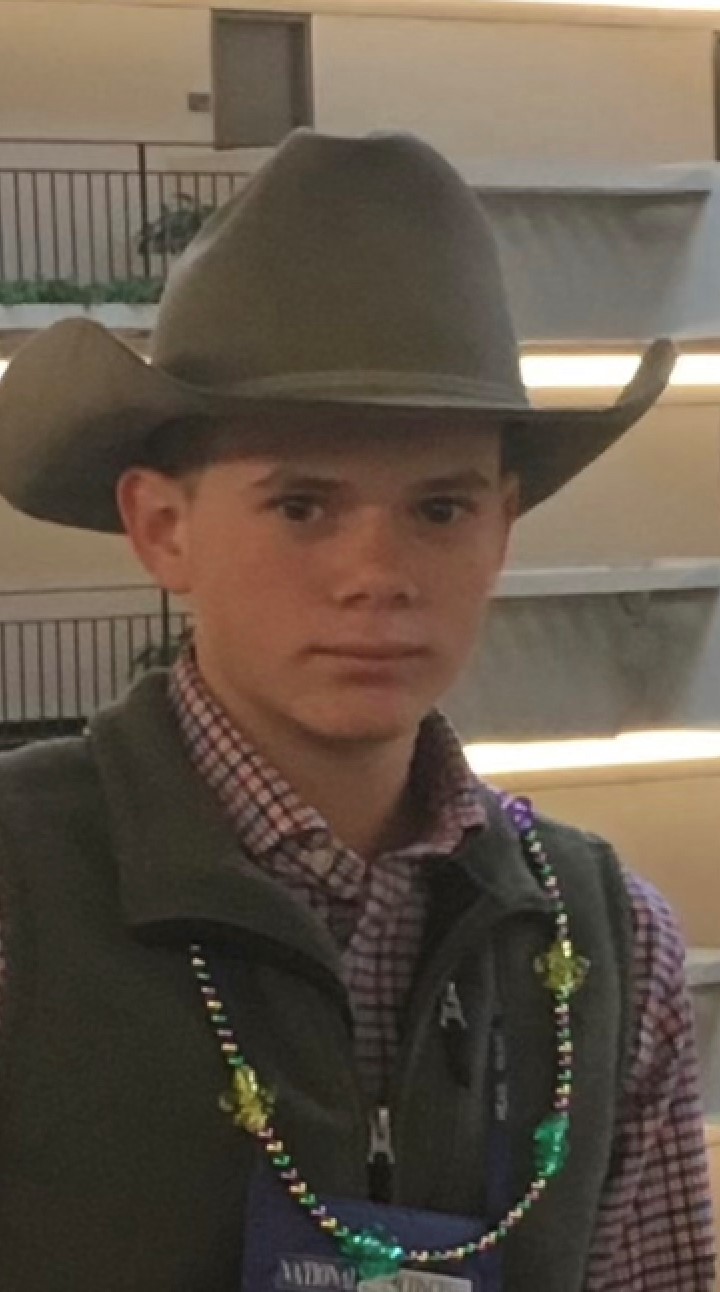 The 2021 winner of the C.W. “Dub” Kennedy Award in Animal Science is Christopher Broussard from Vermilion Parish 4-H. Photo provided