(06/16/20) PAULINA, La. — The annual tomato field day had to be canceled this year, but the research continued.

Since 2009, the event has been hosted by the LSU AgCenter in St. James Parish at Raymond “T-Black” Millet’s farm in Paulina, said AgCenter agent André Brock.

“Each year, this field day typically draws nearly 200 people to what has become an annual community event that attracts tomato enthusiasts from neighboring parishes as well,” he said.

Over the years, it has become a community event, attracting tomato enthusiasts from neighboring

“Since that was not possible this year, we conducted the research, and we’re presenting it without the usual audience,” Brock said.

The growing season this year has been either a bit bumpy or smooth depending on the crop and the insect and disease pressures.

“Helping people grow better tomatoes is the goal,” Brock said. “But the field day also offers the value of fellowship and a little friendly competition.”

“Though the field day had to be canceled as an in-person event, we did grow the vegetables and learned some things about the cultivated varieties we tried,” he said.

“All of these varieties were chosen as half-pound to 1-pound range red, round, disease-resistant tomatoes,” Brock said.

Disease concerns included verticillium wilt, tomato spotted wilt virus and a few other common ones. All tomatoes grown were hybrids, and all were determinate, except Better Boy.

“The Celebrity tomato was like a control group; everybody who grows tomatoes is probably familiar,” he said. “It’s a half-pound tomato adapted to a variety of growing conditions.”

People often want a tomato that tastes like tomatoes did when they were kids.

“Well, this one was an All-America Selection winner in 1984,” Brock said. “So if you’re my age, this is exactly what dads had in gardens when we were young. It’s still delicious, and performance and production have held up over the years.”

Red Defender was about the same as Celebrity; maybe slightly wider with shorter fruit, he said.

“Better Boy jumped out ahead early on as a larger plant (indeterminate growth pattern), though they evened out over time,” he said. “The fruit was similar to Celebrity, but perhaps a bit larger.”

Red Pride was similar, with consistently well-shaped fruit in the half-pound range, he said.

Red Morning was about the same, but the fruit was more consistently larger. Mountain Fresh Plus followed suit with perhaps slightly more pinkish fruit.

“Usually, taste sets the tomato varieties apart, but we did not have a taste test without the crowd,” Brock said. “The Millets and I found them all to be really good-tasting tomatoes. They all had a good acid bite and plenty of tomato flavor.”

“We had grown Snackabelle last year and wanted to see it again,” Brock said.

It’s a smaller plant with really small fruit 3 to 4 inches across but with a lot of volume. It readily turns red, while other varieties experience greater yield loss if left to ripen in the field.

“We think it would be useful for stuffing peppers as appetizers,” he said.

The other peppers were also all great producers with resistance including phytophthora blight, tomato mosaic virus and bacterial leaf spot.

They all made sturdy plants with large, blocky, thick-walled peppers.

“It’s hard to differentiate any of them,” Brock said. “But if you’ve been growing older varieties, your jaw will drop when you see these. Fruit quality, production and disease resistance were all outstanding.”

Simoneaux said they all made lots of cucumbers on disease-resistant vines.

“Silver Slicer was easily identified by its white skin, which remained more tender,” she said. “It did not climb as high as the others. It kept wanting to spread.”

Like last year’s white variety Martini, Silver Slicer seems to last longer into the growing season than others and was still in great production in early June, she said.

More information about gardening, landscaping, or anything else horticultural in the River Parishes is available from St. John and St. James parishes agent André Brock at abrock@agcenter.lsu.edu or Mariah Simoneaux in Ascension and Assumption parishes at mjsimoneaux@agcenter.lsu.edu. 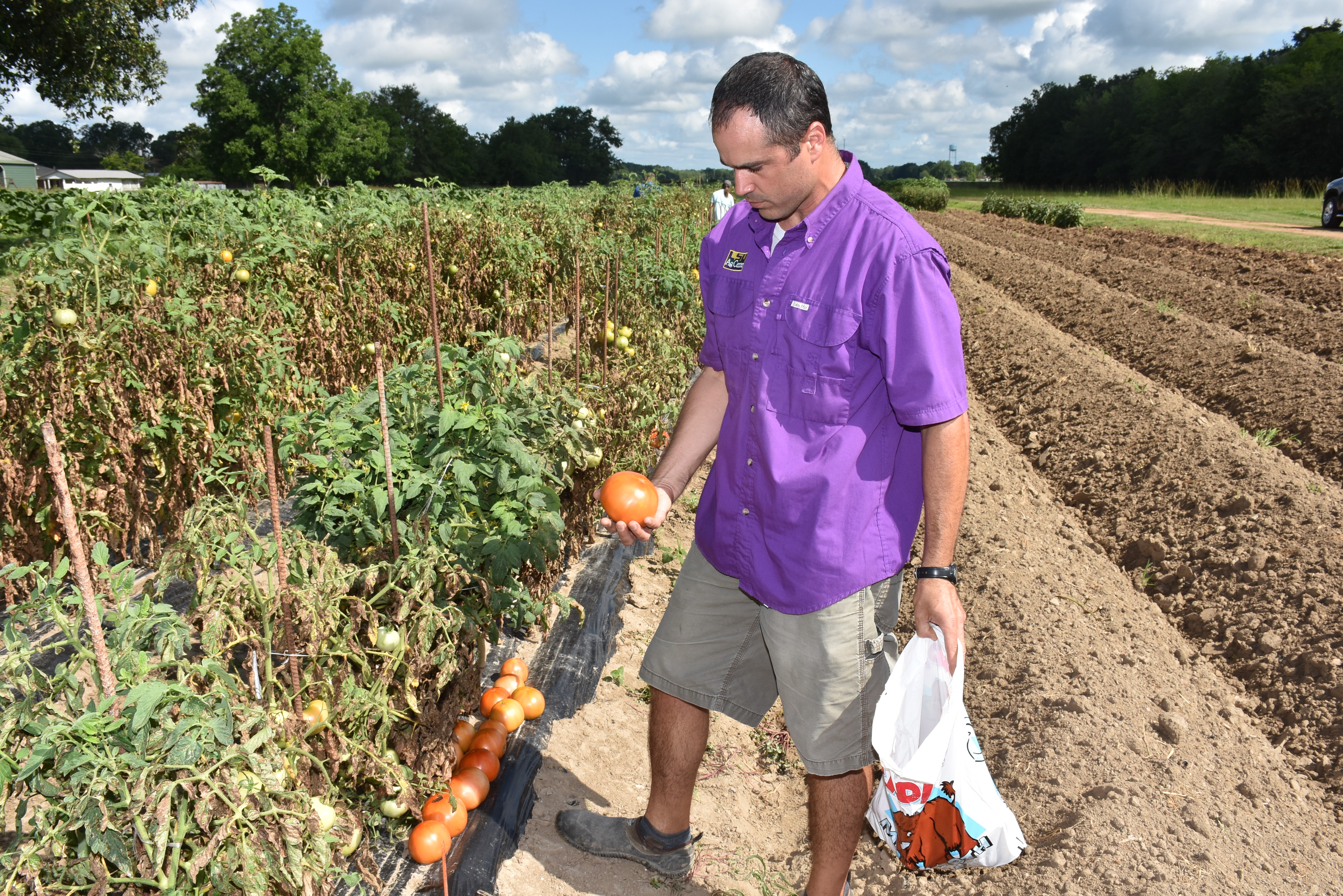 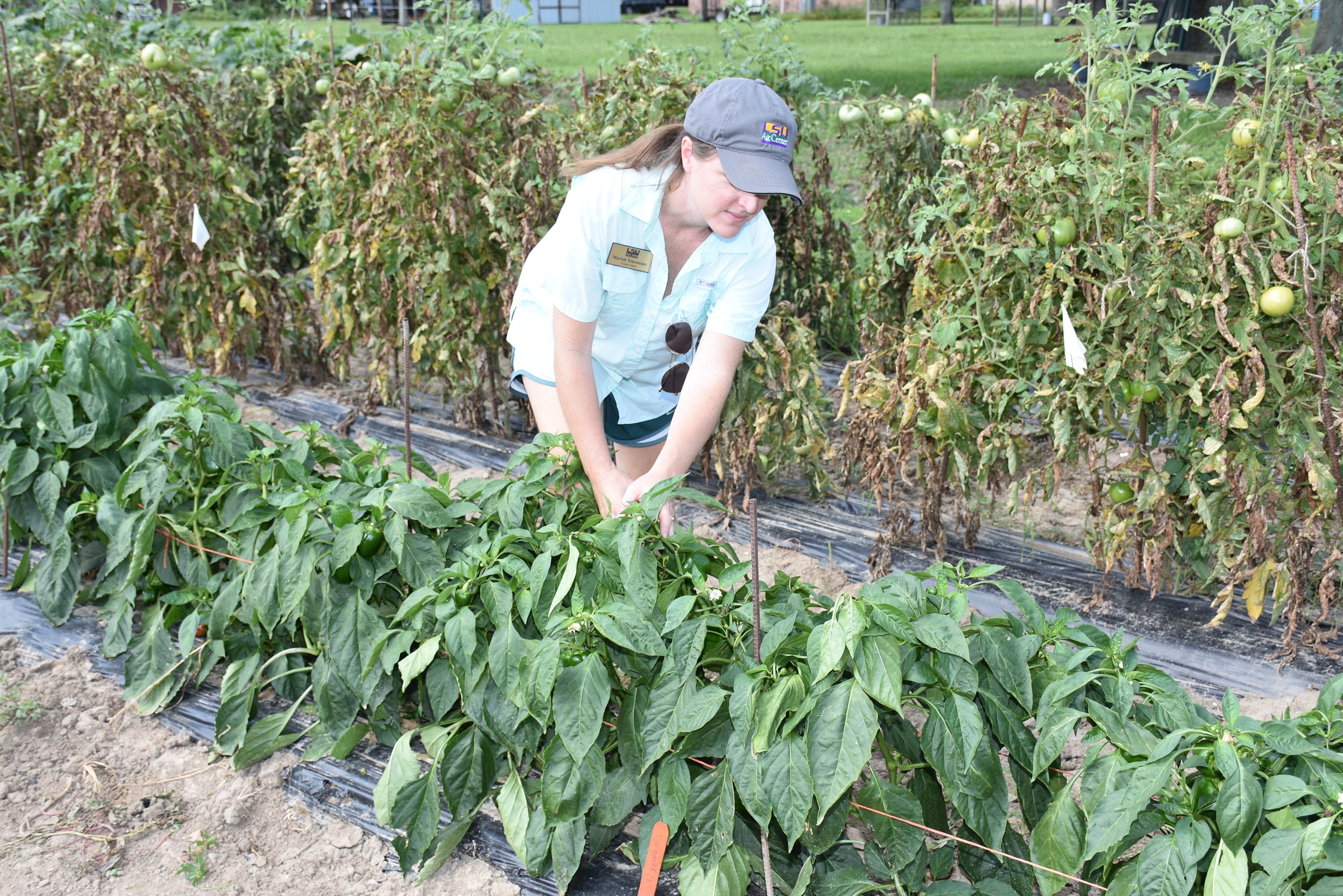