(04/27/20) BATON ROUGE, La. — This is the time of year when you can expect to begin seeing swarms of Formosan subterranean termites.

Beginning in late April and going through June,termite alates,or swarmers,will be congregating around lights after dark.

The numbers can be in the thousands around one light, saidLSU AgCenter urban entomologist Qian “Karen” Sun.But if you do the right things, you’ll have nothing to worry about.

“What you are seeing will be the future kings and queens of newFormosan subterranean termite colonies,” she said.

These swarmers don’t cause any damage, but if you don’t take a few precautions, they can spell the beginning of termite problems.

“If you’re seeing swarmers, that doesn’t necessarily mean that you have termites in your home, but it does mean they are in your neighborhood,” Sun said. “In order to keep them away from your home, you need to get rid of any water sources, such as leaky pipes, and also remove food sources, such as mulch contacting the foundation.”

Another thing residents can do during the swarming season is turn off outside lights. Even dimming inside lights will help, as termites are attracted to the light.

“The Formosan subterranean termite is the most costly in the world, and Louisiana is one of the worst infested states,” she said. “This termite loves subtropical areas, so they do really well here.”

The Formosans are not native to Louisiana or the U.S. They actually got here by hitching a ride on equipment returning from Asia following World War II.

Now they can be found in 42 of the 64 parishes, with most in south Louisiana, Sun said.

“Naturally, they will spread very slowly, as they can only fly a few hundred yards. But if people transport infested materials, that causes them to spread faster,” she said.

Some of the materials known to spread them are railroad ties, mulch and lumber.

Homeowners are reminded that termites need moisture to live. So the majority of the swarmers will die because they won’t find a suitable nesting area with food and water.

“But the swarmers aren’t the ones you have to immediately worry about,” she said.“It’s the workers that cause property damage.”

If a male and a female alate are successful in finding a suitable environment and start a new colony, they will only produce workers and soldiers for the first five or so years, she said. After that, they will begin producing swarmers to start new colonies.

If you know there are Formosans in your area, you should have your house inspected and treated if necessary, Sun said.

Formosan subterranean termite swarmers fly around a street light. There can be thousands around one light. They will be swarming from late April through June. Photo by Karen Sun/LSU AgCenter

LSU AgCenter urban entomologist Karen Sun set up a UV light trap in her backyard to collect Formosan subterranean termitealates, or swarmers. They will be swarming from late April through June. Photo by Karen Sun/LSU AgCenter 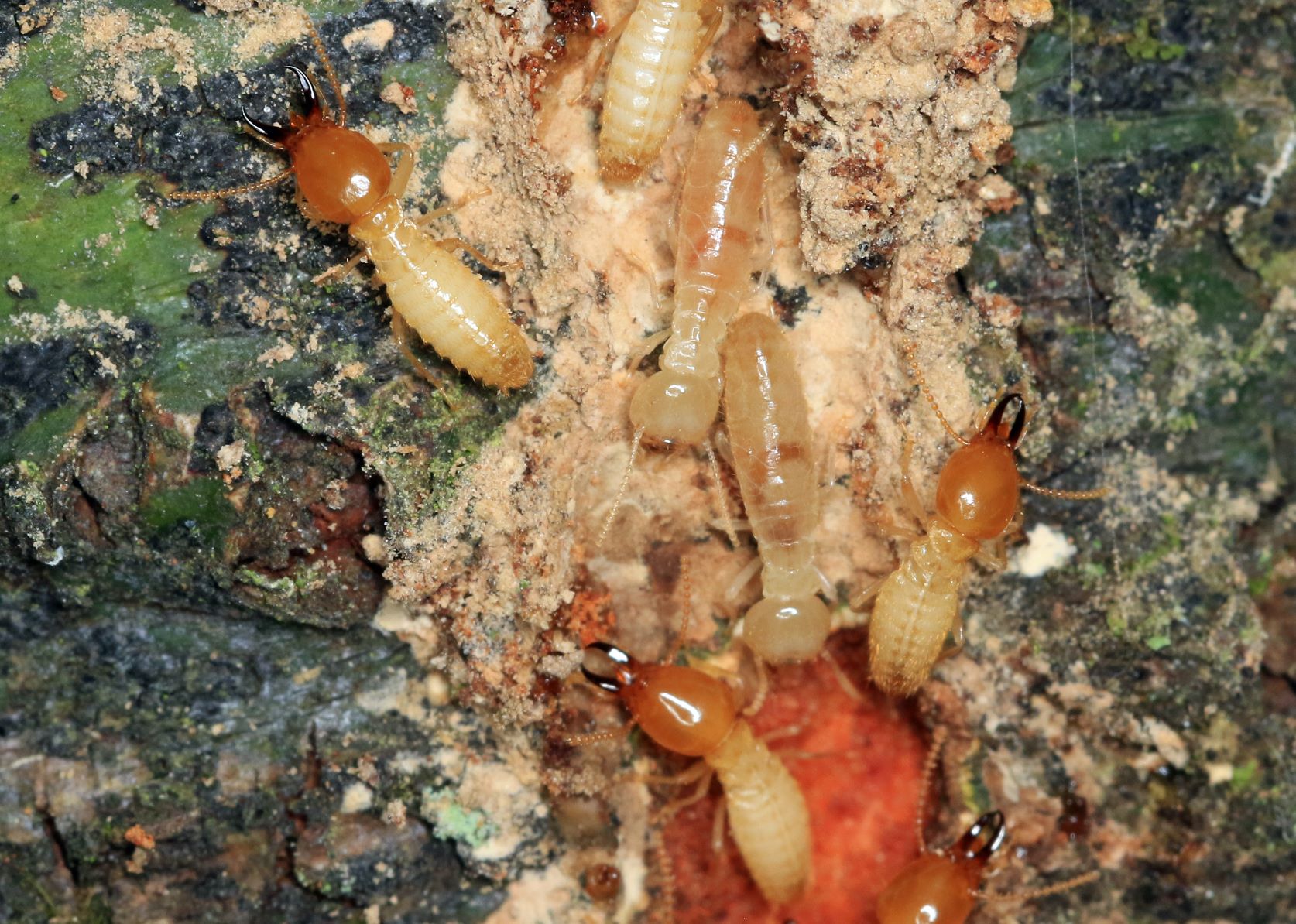 Formosan subterranean termite workers and soldiers are rarely seen. But the alates or swarmers will be flying from late April to June.Photo by John Hartgerink