The Dec. 10 meeting featured researchers from the LSU AgCenter, the U.S. Department of Agriculture and the Army Corps of Engineers.

Roseau cane, a reed that is critical to reducing coastal erosion, has been suffering widespread die-offs in the Mississippi River Delta.

Researchers suspect multiple stressors are affecting the health of the roseau cane, which is considered vital to the longevity of the fragile marsh. Roseau cane die-offs could mean the loss of large swaths of marsh because the vegetation’s roots hold the fragile wetlands soil and protect inland areas from storm damage, said AgCenter entomologist Rodrigo Diaz.

Since its detection in the fall of 2016, the roseau cane scale was seen as a potential culprit due to the sheer numbers found in each cane stem.

“For the past two years, we have been interested in documenting the densities of the scale to determine the change in roseau cane populations,” Diaz said. “We have been conducting surveys to determine numbers.”

Diaz said he is working with the Army Corps of Engineers to develop satellite imagery to measure the amount of damage the die-off has caused.

During the meeting, AgCenter plant pathologist Rodrigo Valverde discussed his work to isolate and identify plant pathogens from roseau cane.

Valverde said he believes more than one culprit is affecting cane health.

“I am currently looking at the die-offs from a plant pathogen perspective,” he said. “We are going to the affected areas, collecting samples of diseased plants and bringing them to the lab.”

Valverde is isolating potential pathogens from the plants he collected and is growing cultures of some of them. His plan is to inoculate healthy roseau cane with the pathogens to see if they are causing disease or death.

Stressors like salinity and soil toxins are also being looked at as a part of the problem that’s causing plant die-offs.

Jim Cronin, a researcher in the LSU Department of Biological Sciences, said in addition to the other stressors, water depth is now being looked at a one of the causes of the die-off.

AgCenter coastal ecologist Andy Nyman is using remote sensing to measure roseau cane health in the marsh, and Tulane University professor Ehab Meselhe will look at the potential impact of die-offs on navigation dredging in the lower delta.

Nyman presented information from the early 1800s that noted the existence of roseau cane in the lower Mississippi River Delta.

“We will be using satellite imagery to determine what is actually out there,” Nyman said. “We’ve found that the roseau cane is not evenly distributed throughout the marsh.”

Nyman visited the mouth of the river in 2006, and the cane looked healthy. But when he returned 2013, large areas of plants had been cleared out by feral hogs.

“The hogs really love the roseau cane because of their high carbohydrates in the biomass,” he said. “By 2014, in Southeast Pass, it looked like almost everything was dead, but I didn’t think much of it because it was winter. By the spring of 2017, there was major die-off, and this is when it started to make the news.”

Ian Knight, an AgCenter postdoctoral associate in entomology, said different varieties of roseau cane have varying levels of susceptibility to the scale.

Earlier this year, Congress directed the USDA Animal and Plant Health Inspection Service and Agricultural Research Service to work with stakeholders to develop a pest management program for control of the roseau cane scale infestation in the Mississippi River Delta. A team has since been assigned to look at all areas of the die-off to see what is causing the problem. 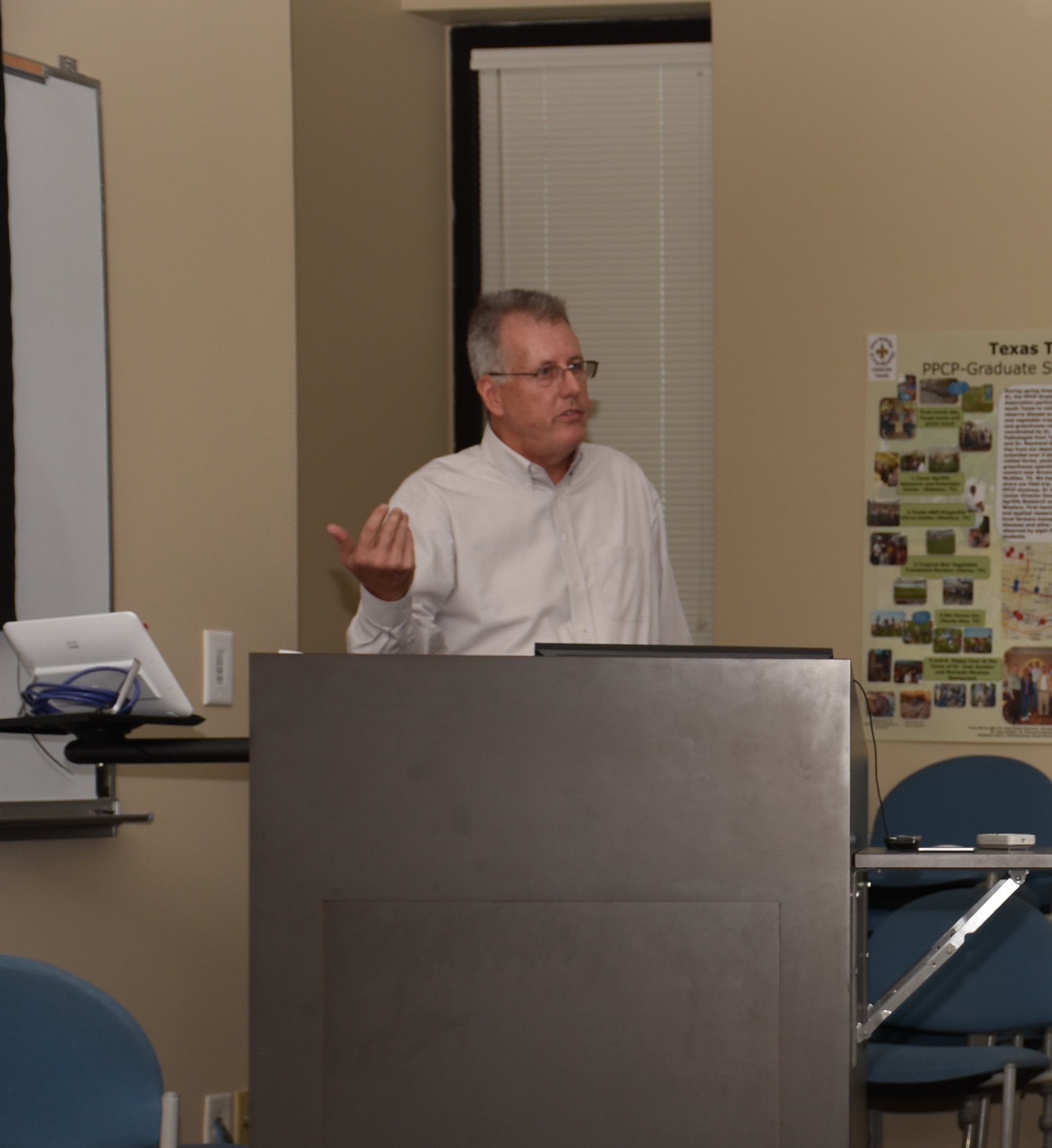 AgCenter coastal ecologist Andy Nyman explains his use of remote sensing to measure roseau cane health in the marsh during a roseau cane die-off summit at LSU on Dec. 10. Photo by Johnny Morgan/LSU AgCenter 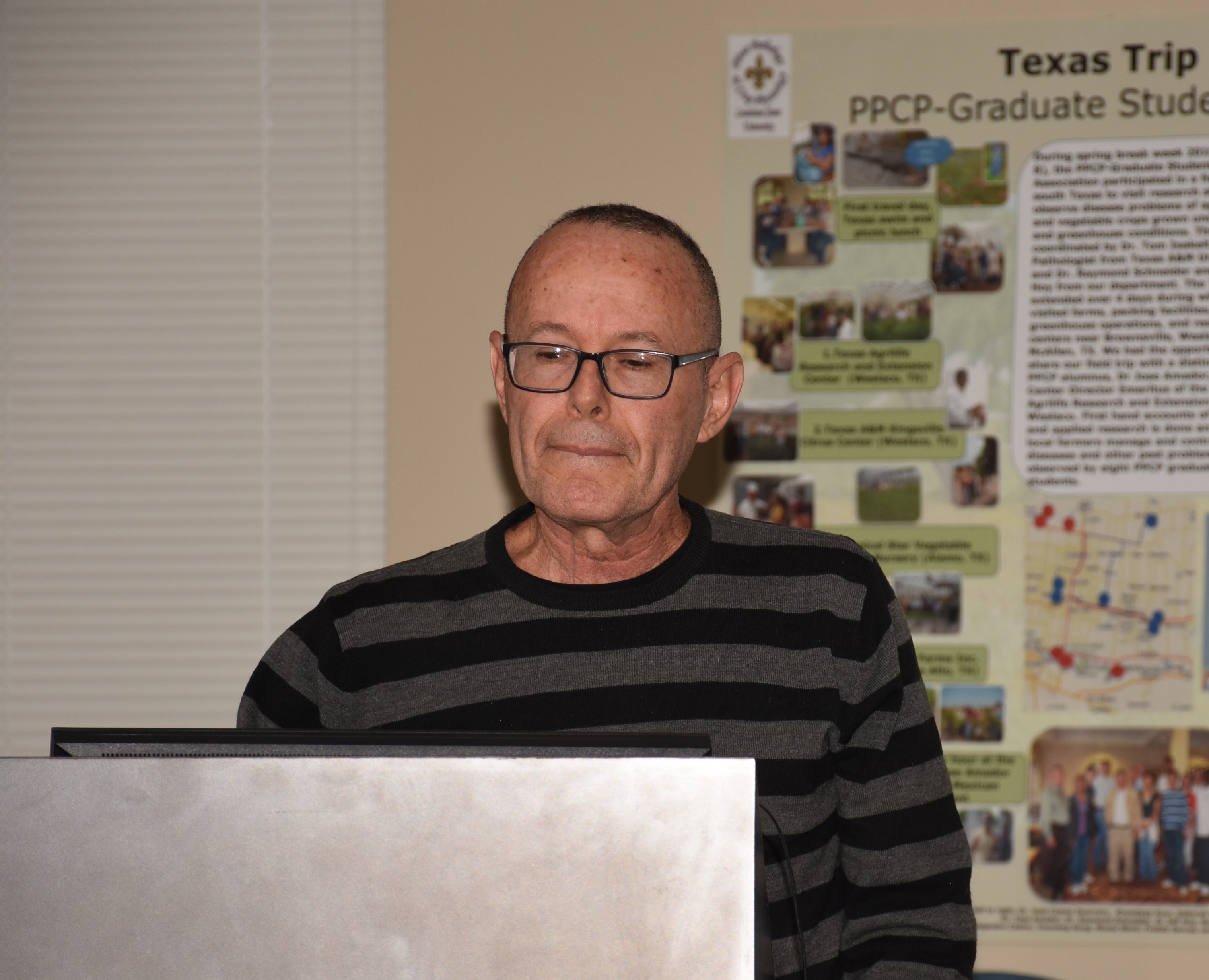 AgCenter plant pathologist Rodrigo Valverde explains why he believes that more than one culprit is affecting the cane health during a roseau cane die-off summit at LSU on Dec. 10. Photo by Johnny Morgan/LSU AgCenter