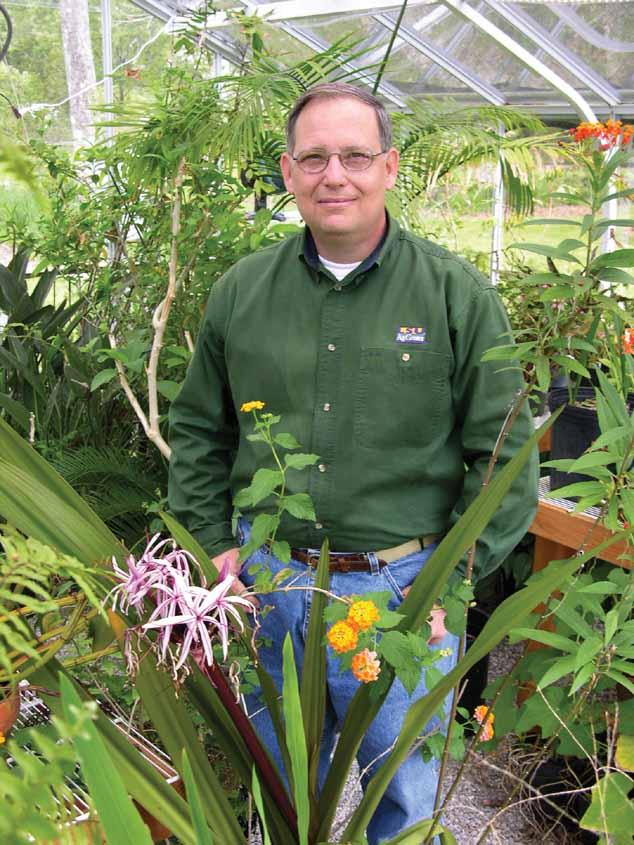 Dan Gill is an Associate Professor in Consumer Horticulture with the LSU AgCenter, a position he has held since 2001. He earned B.S. and M.S. degrees in horticulture from Louisiana State University in Baton Rouge.

Before moving to Baton Rouge to take on statewide responsibilities, he was headquartered in New Orleans as an extension horticulturist from 1980 to 2001. While there, he became established as a reliable source of helpful, useful advice on lawn and garden topics through his media work.

He is the spokesperson for the LSU AgCenter’s Get It Growing project, a statewide educational effort in home horticulture utilizing radio, Internet, TV and newsprint. Gardeners throughout Louisiana read his columns in local newspapers watch his gardening segments on local TV stations, listen to him on local radio and access content on the Internet.

In the New Orleans area, Dan appears weekly on the Channel 4 Morning News, writes a weekly gardening column for The Times-Picayune and hosts the Saturday morning Garden Show on WWL 870-AM, a live call-in radio program that reaches southeast Louisiana and the Gulf Coast.