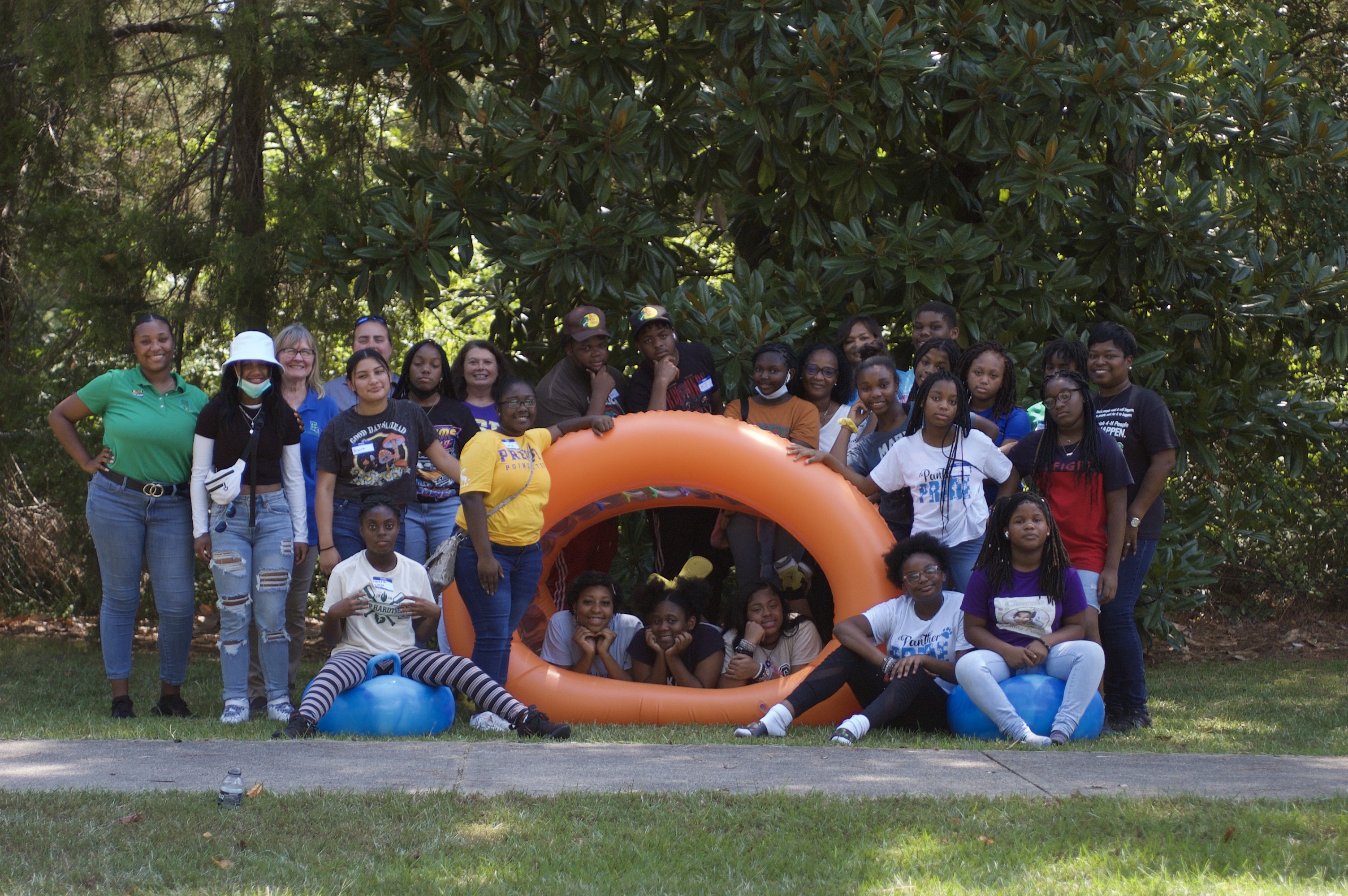 July 12, 2022 - The HYPE coalition had a busy retreat planned for youth in East Carroll, Morehouse, and Tensas parishes! Cecilia Stevens, the Northeast Region Food Systems Coordinator, kicked off the day with a fun activity that revolved around food pantries.

Stevens split the agents and students into different groups and told each one to answer a question: “What is the most requested item by food pantries?” Each group pondered for a few minutes, and then submitted sticky notes with their answers. Three groups answered “fruits and veggies,” two answered “proteins like meat,” and one group answered “various canned foods.” Fruits and veggies were correct, while meat and proteins are the second-most requested by food banks. This is because canned food in food drives are often expired, dented, and full of sodium.

After understanding this information, the students were then given a food pantry simulation assignment. Stevens told each group to pretend that they are a food bank managing team. Their scenario: Feed 90 families for one month, with an average of five people per family. Only order food that aligns with the nutritional guidelines provided. Just like a real food bank, there were limited quantities of foods that were available for the pantry to order. As they planned for the “month,” Stevens called out certain foods that were no longer available for their order to make the challenge more realistic. The more time they planned, the less options they had.

All of the participants admitted that the scenario was very difficult,especially since there were only a few things available that followed the nutrition guidelines. As team captains read their plan for the “month,” Stevens was impressed by the smart decisions that each group made. Each list displayed a balanced variety of foods that were healthy and delicious.

After the simulation, Stevens talked about the Grow-A-Row Program. She also led a brainstorming session to help students think about how many community gardens are in their parish. They formed groups for each of their parishes and discussed ideas about implementing Grow-A-Row in their parish.

The community service project for the day was a donation drive for the Robinson-Williams Restoration of Hope Community Center in Bastrop, LA. The RWCC hosts a bingo night once a month where senior citizens of the community can win toiletry and hygiene product prizes. Students brought items to donate and gave them to the co-founder of the RWCC, Randy Williams.

Williams gave a presentation about community service opportunities and programs that are available to the students at the RWCC, as well as encouraging them to embrace leadership and to help make a difference in their communities.

In between activities at the retreat, Jocinda Jackson-Jones announced to the seniors in the East Carroll parish HYPE coalition that the grant written to propose new playground equipment in Kendall’s Community Park was approved. Acquiring new playground equipment in this park has been a dream of the East Carroll HYPE coalition since they were first established in 2020. After two years of working and planning within the coalition, the students will finally see their dreams become a reality in the coming months. “As of now, we are still in the ordering phase and that depends on the time it takes for the equipment to be shipped/arrive. We’re hoping by this upcoming fall though but we have no official day/month at this time,” Jackson-Jones says.

The remainder of the event revolved around many educational activities for the youth lead by LSU AgCenter 4-H and FCS agents. Attendants enjoyed taking a personality color quiz led by Lekeisha Lucas-Powell. Each student discussed their results of the quiz and what each personality color identification meant to them.

Betsy Crigler, Tensas 4-H Agent, hosted a salsa recipe demo. She picked volunteers to help her dice vegetables and blend together all of the ingredients. Attendants enjoyed the healthy snack together when learning about the nutritional benefits of the recipe.

The youth also enjoyed engaging in physical activity with Playstreets equipment! After their play session of rolling on the hamster wheel, throwing frisbees, comparing jump distances, and much more, Jocinda Jackson-Jones gave a presentation on Playstreets gear. She encouraged the students to think of events in which Playstreets can be incorporated.

The leaders concluded the day with a competitive round of 4-H and HYPE trivia. Students in teams answered questions with a gameshow-like structure with real buzzers! Jocinda Jackson-Jones, Lekeisha Lucas-Powell, Cecilia Stevens, and Denise Guyewski (Morehouse 4-H Agent) read questions and managed the buzzers. Betsy Crigler kept score and announced the winning team. 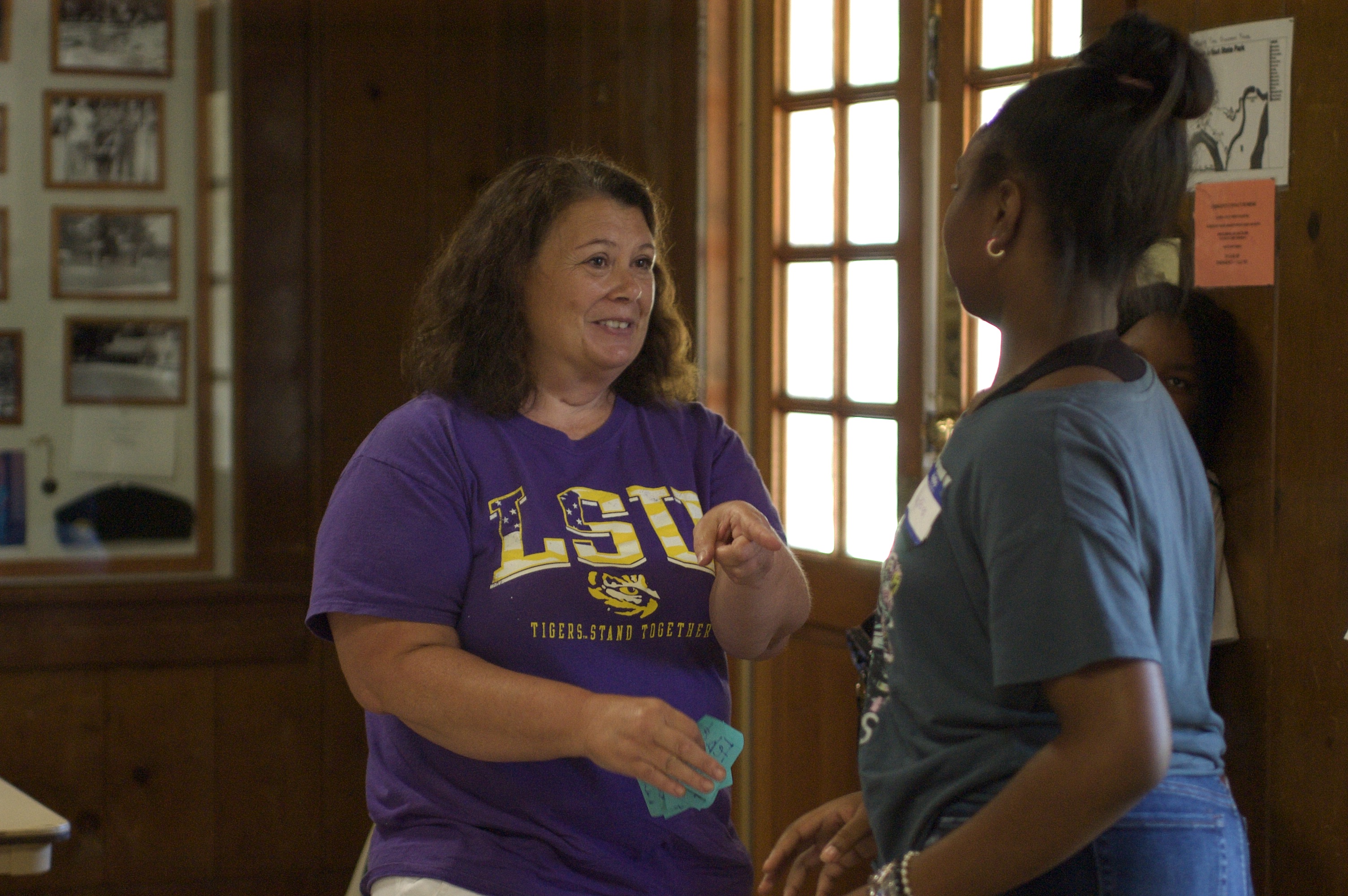 Cecilia Stevens talking with an attendant about the simulation activity. Photo by Camryn Price. 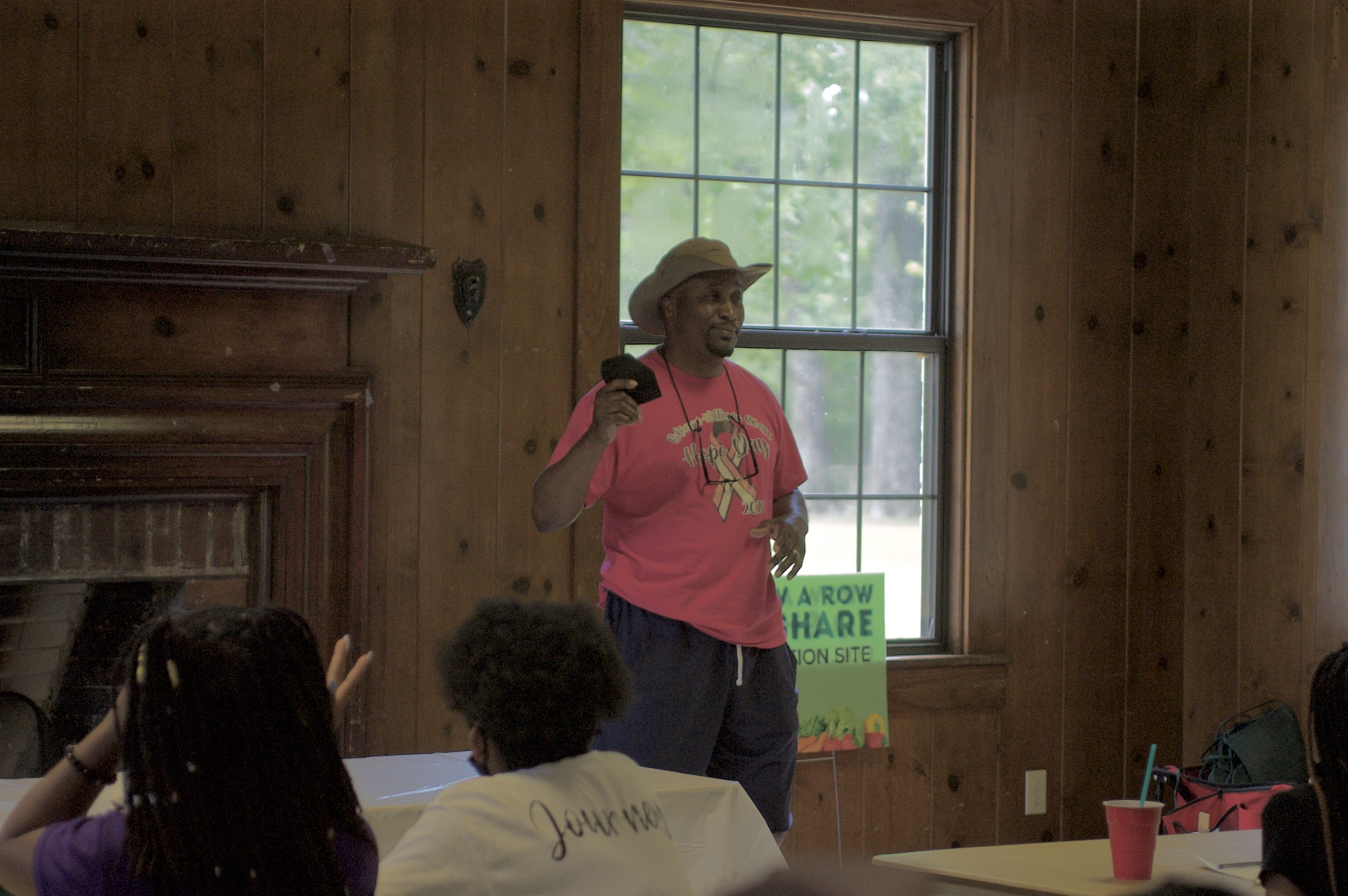 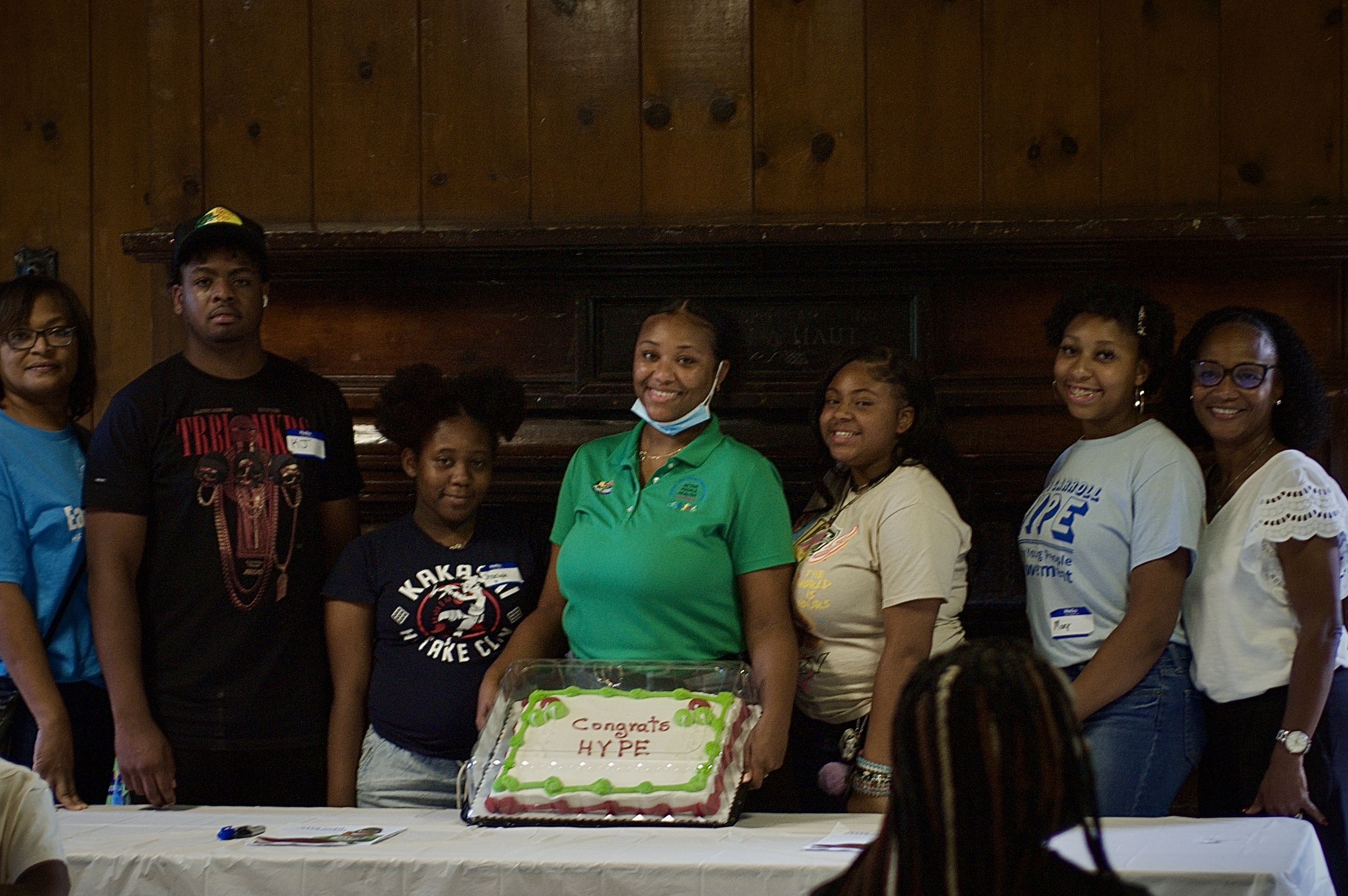 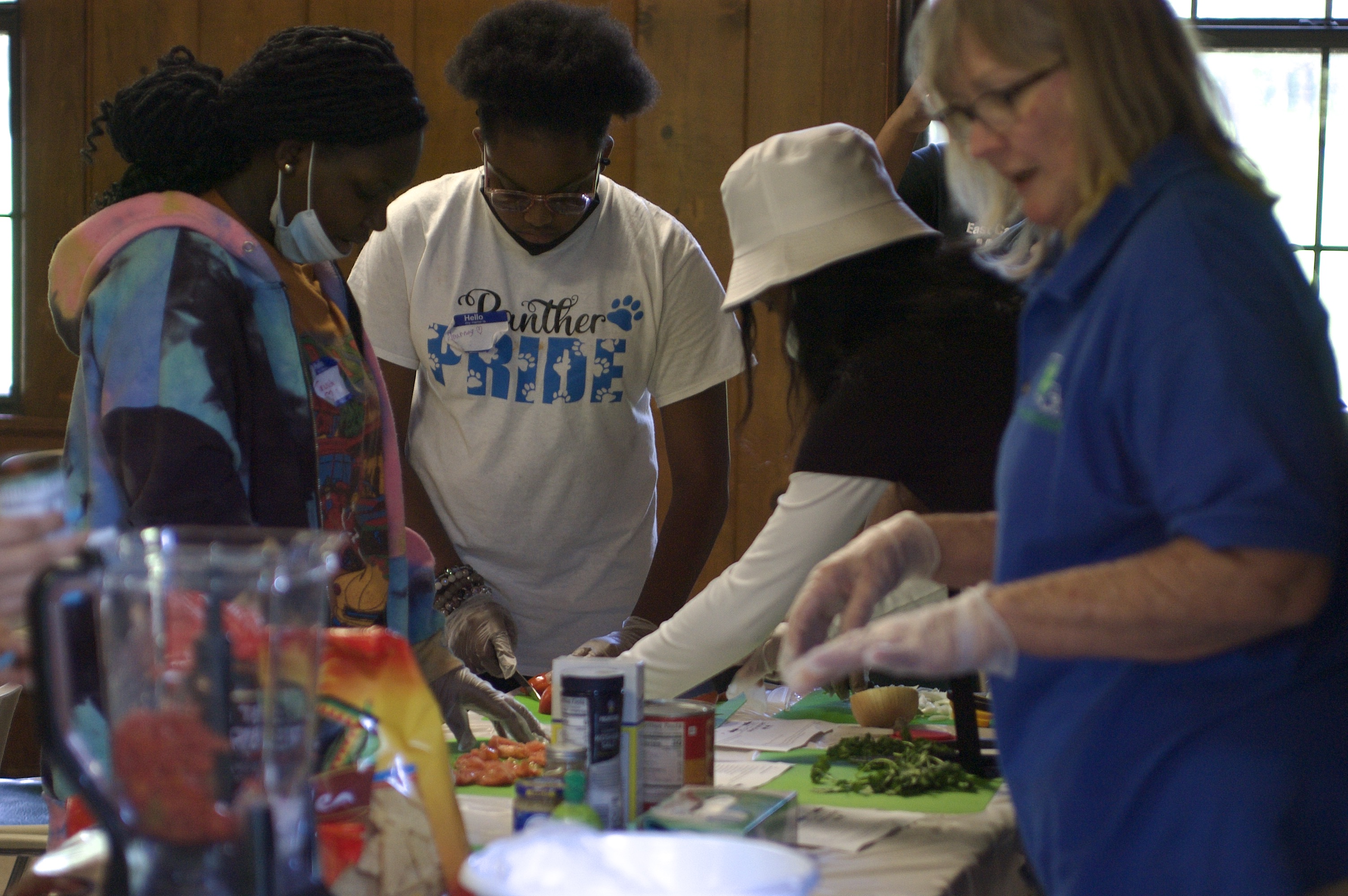 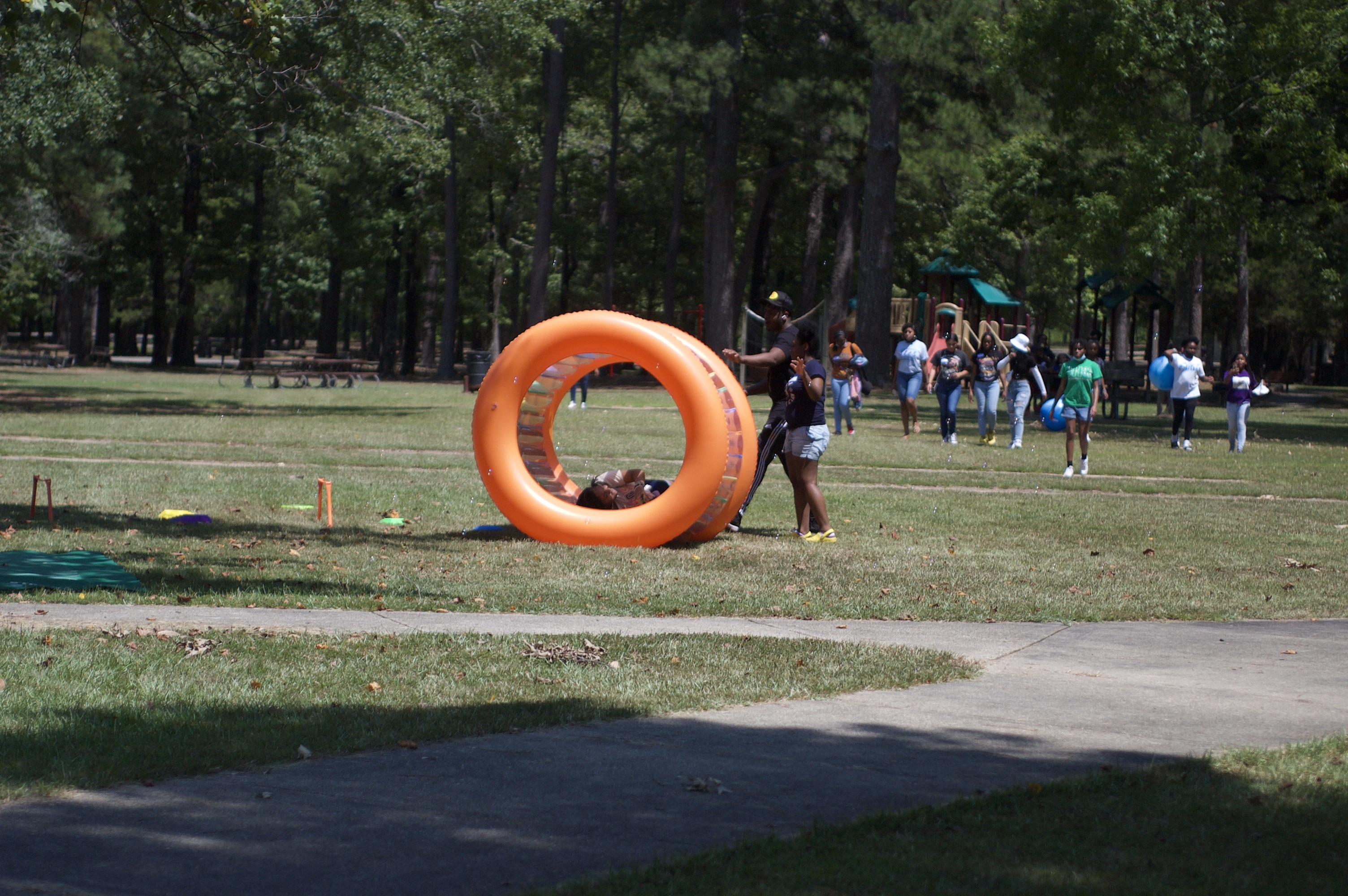 Attendants having fun with Playstreets equipment. Photo by Camryn Price. 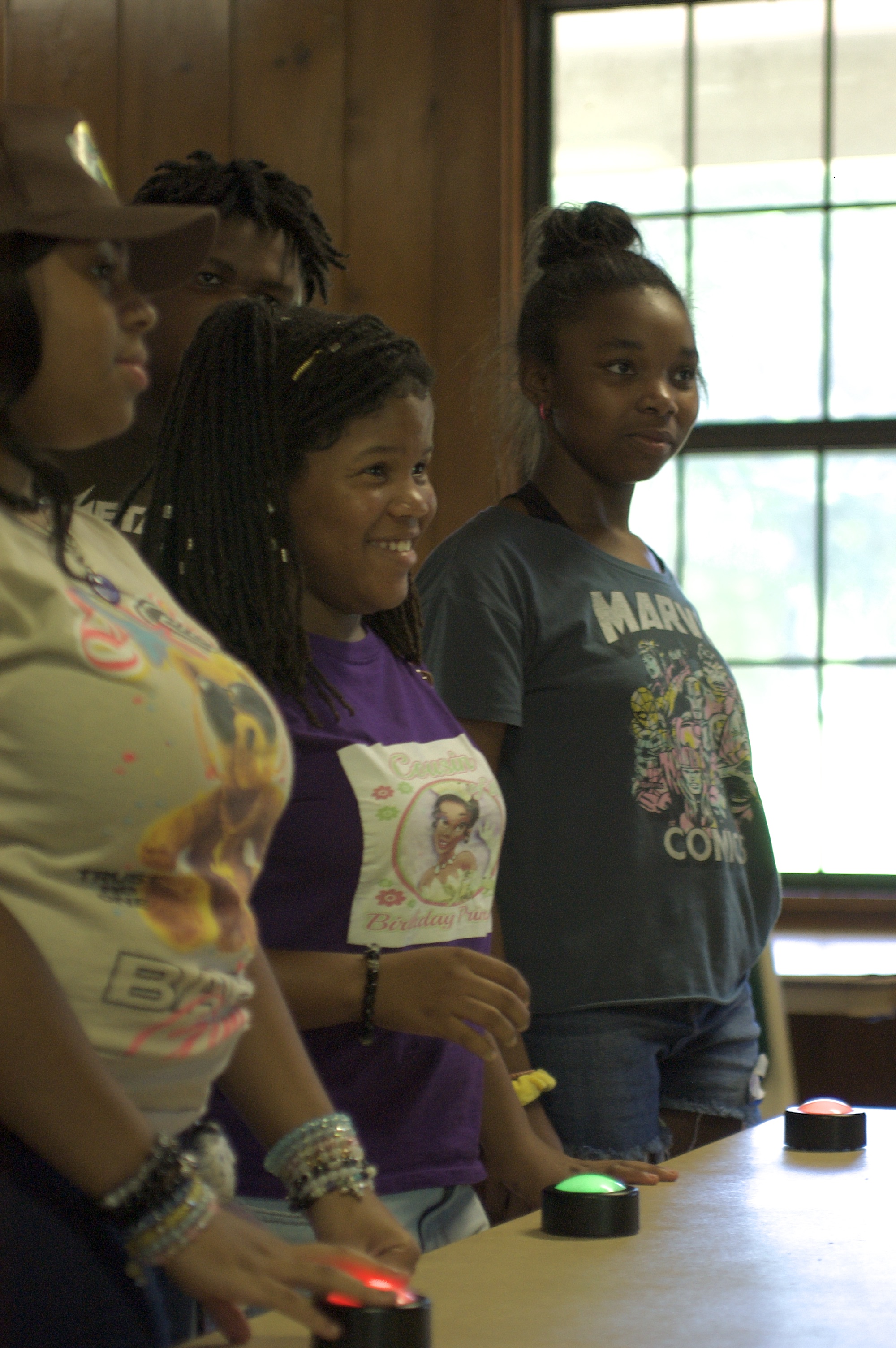