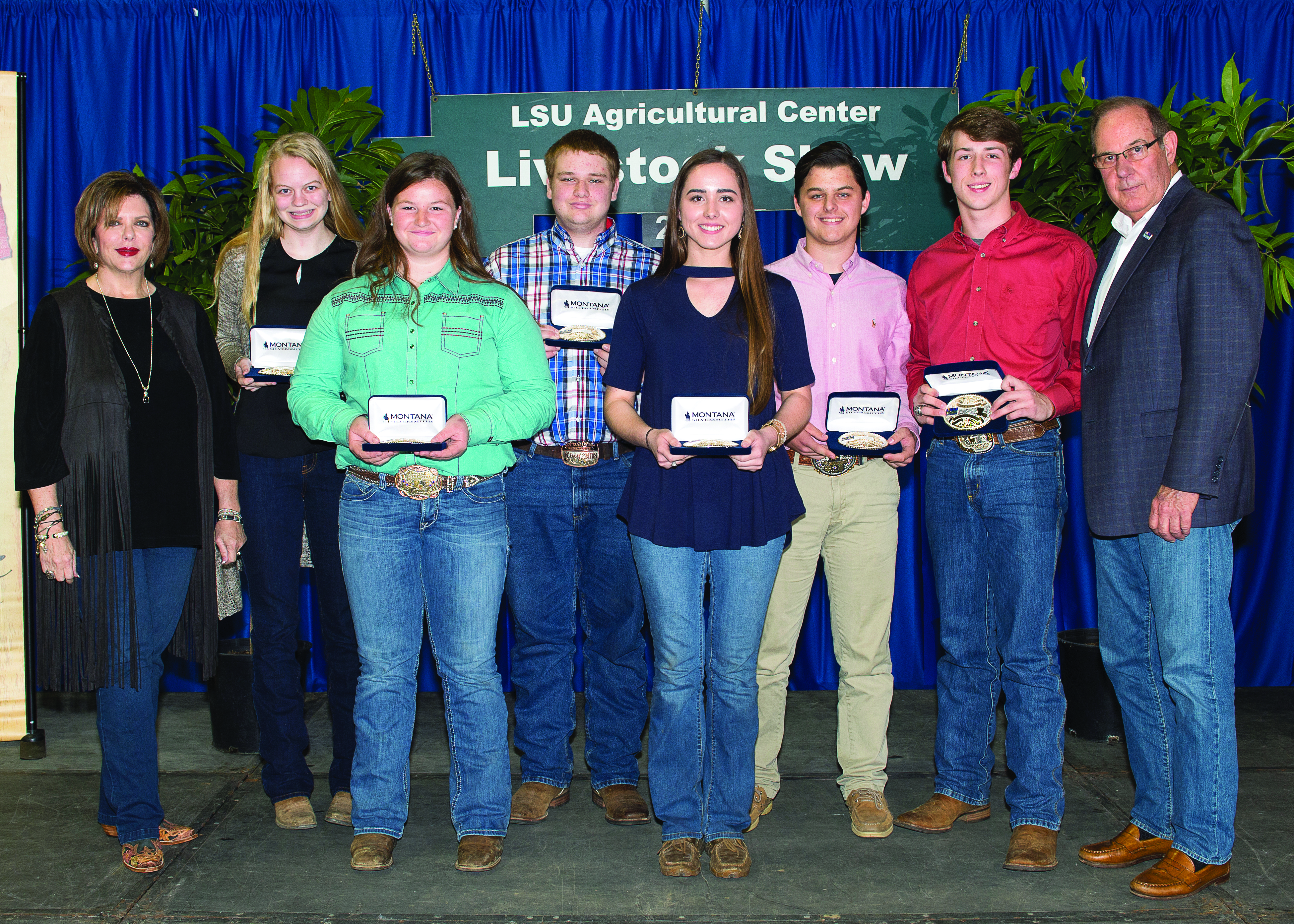 To promote higher ethical standards in youth development educational programming, the LSU AgCenter Livestock Show developed the Premier Exhibitor Awards to reward outstanding livestock exhibitors. The primary goal in developing this contest was to shift the emphasis from the animal to the exhibitors’ knowledge about their livestock project.

The first competition was scheduled for the 1999 LSU AgCenter State Livestock Show, and with the generous support from Gerry Lane, of Gerry Lane Enterprises, it became known as the Gerry Lane Premier Exhibitor Awards.

“This is the generation of people that will keep this country the great country that it is,” Lane said of the livestock exhibitors. “Many of them have become successful in their adult lives, and it started when they were young and learned the discipline of taking care of animals. We want to support these deserving young people. That’s our primary goal.”

The Premier Exhibitor Awards have stood the test of time, with hundreds of youth participating in this competition each year. The competition tests exhibitors’ livestock project knowledge, including nutrition, anatomy, equipment, breed identification and meat identification. The competitors are evaluated on their prior livestock project work, written examination, skills evaluation and showmanship, with the finalists being interviewed by industry representatives. The exhibitor that excels in the end is named the Premier Exhibitor each year.

The 2018 LSU AgCenter State Livestock Show Premier Exhibitor contest continued its pursuit to find the top exhibitors. The 2018 contest included elite exhibitors in each species, with 22 students competing in beef, 16 in dairy, 26 in goat, 22 in poultry, 12 in sheep, 26 in swine and 12 in the horse project.