Unmanned aerial vehicles: A set of eyes in the sky 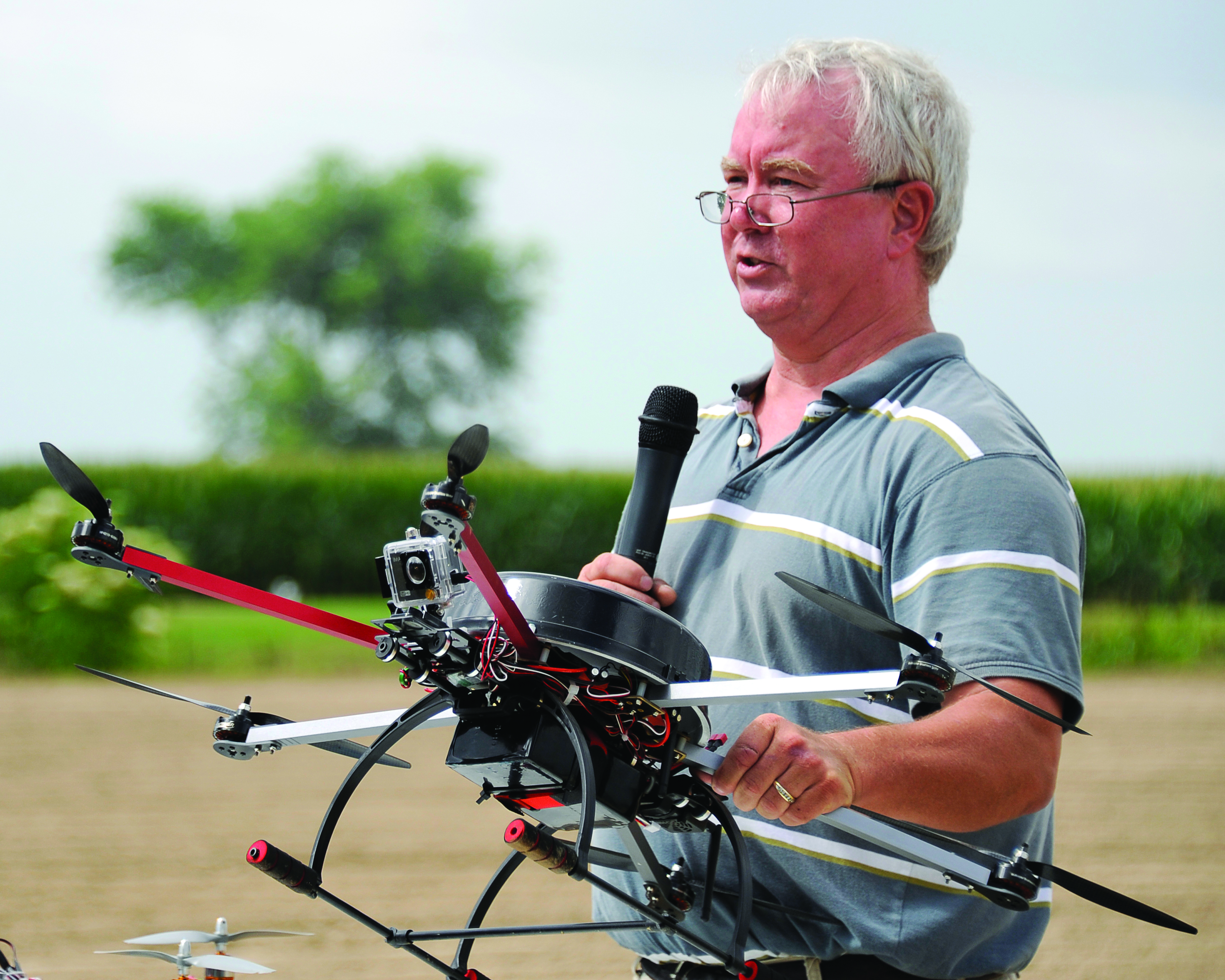 LSU AgCenter agents are moving into the high-tech area when it comes to scouting soybean and corn fields in the state.

For the past three years, AgCenter agents Dennis Burns in Tensas Parish and R. L. Frazier in Madison Parish have used unmanned aerial vehicles, commonly known as drones, to take whole-field images to assess the health of plants.

Burns said there are companies that specialize in taking photos with the UAVs, but most will tell you they are not agronomists. They only take the pictures. They don’t interpret them.

UAVs are not being used to diagnose insect problems or other issues in the field, but they give a snapshot of what the field looks like at any given moment during the growing season, Burns said.

“We are really looking for anomalies,” Burns said. “We are able to look at comparisons to see changes that are taking place in the field.”

For whole-field images, the UAVs are flown at 400 feet, he said.

“What we’ve learned from flying these routes is crop progress over time,” he said. “It gives the grower an extra set of eyes.”

Crop consultants are gradually getting more involved in using UAVs as part of their work, he said.

“It doesn’t matter how the photos are taken, whether with a UAV, fixed-wing plane or with satellites, the field will still need to be walked to get a true picture of what’s out there,” Burns said.

If growers want to start flying their own drones, they can get up and running with an investment of about $1,500.

Burns said the UAV photos should be taken about three times per year to provide general information on crops and conditions.

Much of Burns work is done in soybean fields, but growers of other crops are also taking advantage of the technology. AgCenter agricultural engineer Randy Price is using the technology to determine the proper amount of nitrogen to apply in corn fields.

His research separated the field into strips and nitrogen was applied at various rates to check how the plants responded.

“We are trying to collect high-frequency data using different cameras and taking images every week,” Price said. “Turns out, all of them give similar data.”

The images captured across the fields could be helpful to farmers who want to know what nutrients may be lacking in or being overused in his fields.

“My work with AgCenter corn specialist Dan Fromme involves looking at the optimum amount of nitrogen to use on corn with the help of the drone technology,” Price said.

For now Price is only taking pictures, but some drones can actually carry a payload of chemicals or fertilizer. Price said he is not currently using the drones to make chemical applications, but the possibility is there if the need arises.