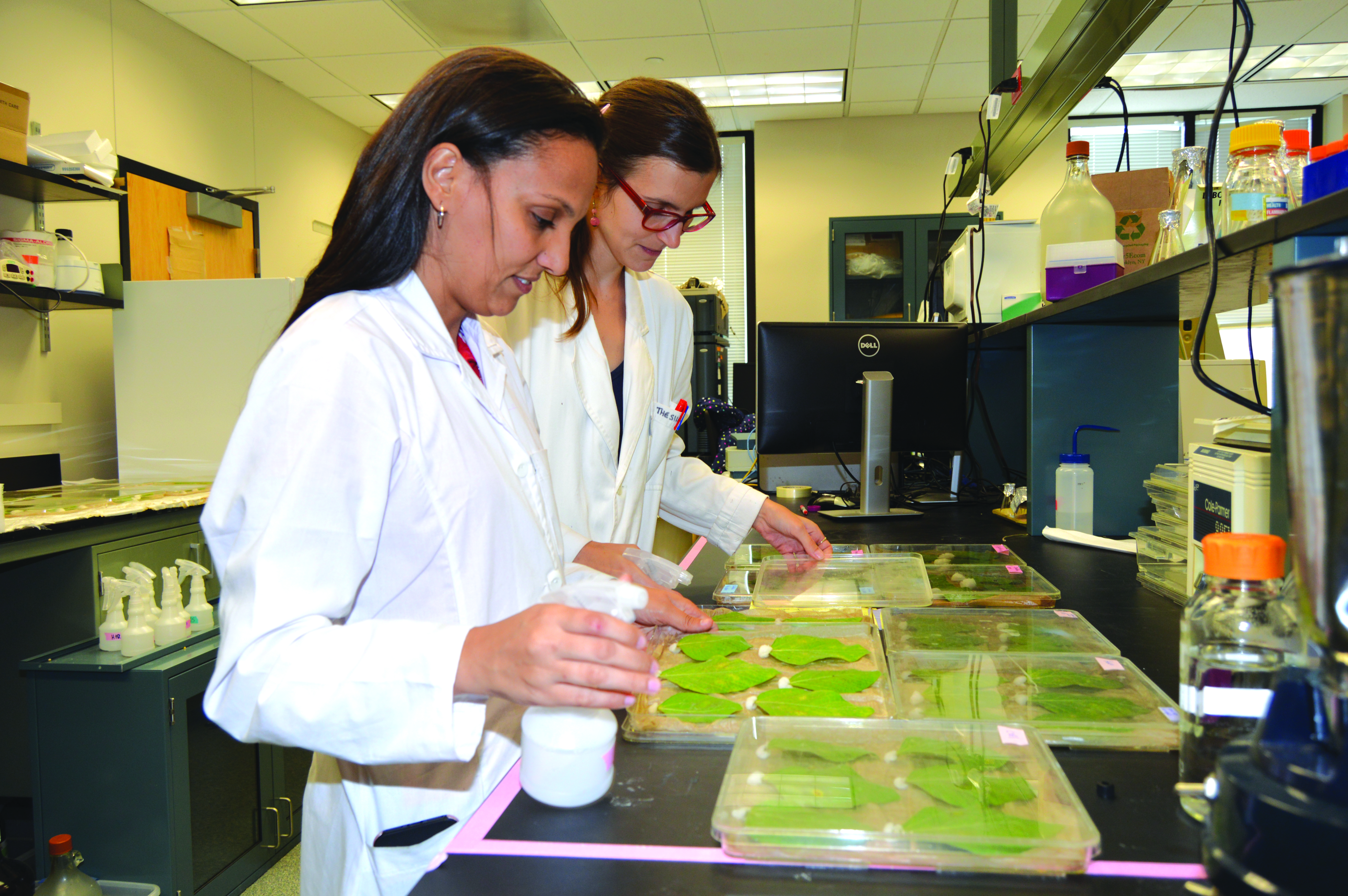 Breakthroughs in research by LSU AgCenter scientists may soon lead to improved control of Cercospora leaf blight, the No. 1 soybean disease in Louisiana.

Since the discovery illustrating that more than one species of the Cercospora pathogen may be involved in the disease, research to isolate, screen and manage the disease has escalated.

Surveys conducted in soybean fields across the state found Cercospora flagellaris to be the most prevalent species associated with foliar symptoms in Louisiana, while Cercospora kikuchii, long believed to be the primary culprit, was not found.

Cercospora kikuchii is generally thought to be host-specific, or at least show some preference for soybeans and their relatives. Cercospora flagellaris has a broad host range, which raises the question that other sources of the inoculum may exist, Doyle said.

Looking at seed, soils, alternative host species and plant debris, Doyle said the project recognizes the widespread nature of the C. flagellaris in order to determine the best management strategies.

Doyle and his students first optimized a protocol to eliminate all microbes from soybean seed, then planted, evaluated and compared disease pressure with plants from non-treated seeds.

After two years of seed treatment research, Doyle found no reduction in disease incidence and severity among plants grown from fungicide-treated seed, suggesting that seed may not be the most important source for the Cercospora pathogen.

“Here is one line of evidence that the disease is not principally seedborne,” he said.

Another component of the study compared different seed lots to characterize the diversity of Cercospora in seed before it is planted. Doyle collected blighted leaves from field plot trials to isolate and characterize the species by community predominance.

A follow-up study to isolate the species from seed collected in the trials is underway to characterize the pathogen community on that level, he said.

AgCenter professor of plant biology Zhi-Yuan Chen is using a unique protocol to trigger an immune response in soybeans as a potential strategy for suppressing both soybean rust and Cercospora leaf blight.

Also known as host-induced gene silencing, the process affects only the cells of the pathogens rather than causing interference with plant cells, Chen said.

The technique involves isolating and producing specific RNA molecules of the Cercospora pathogen in the lab and inoculating them onto soybean plants to trigger an immune system response to reduce pathogen growth, he said.

Chen hopes to isolate target sequences in the pathogen that can control fungal growth and develop a management strategy that is both effective and affordable.

Microplot trials analyzing performance of the pathogen suppression protocol in the field will be conducted this year, he said, adding that more than 10 RNA sequences have been isolated and tested in the lab to narrow the targets that work best.

In one study, researchers are applying foliar sprays and soil amendments to study how iron availability can affect Cercospora growth in soybeans.

By applying iron externally, or by controlling the iron nutrition in the plant, Thomas-Sharma said, symptoms can be reduced even if the fungal presence has not changed.

“Cercosporin toxins can bind to iron, so we think that by managing the iron nutrition in the plant, we can bind the toxin to reduce the symptoms and subsequent effect on yield,” she said.

Thomas-Sharma is also continuing research on the development of a rapid screening protocol designed to produce repeatable results that can effectively rate Cercospora susceptibility in soybeans in the lab.

The study uses leaf discs suspended in solubilized Cercosporin to study how carotenoid and chlorophyll levels in the plant are affected, then establishes standardized scores to rate different soybean varieties based on cell damage.

If lab results consistently compare favorably with resistance ratings from field trials, a reliable lab protocol for screening a large group of plants for resistance will be helpful for breeders, Thomas-Sharma said.

“We are doing some final testing to be sure it works well, is repeatable and will correlate with field data before we send it to the breeders,” Thomas-Sharma said.

AgCenter plant pathologist Trey Price is hoping for a breakthrough in a breeder-driven project that is being conducted in 15 locations across six states in the Midsouth where Cercospora leaf blight is a problem.

Breeders and pathologists are using identical rating systems while looking for results that are consistent across locations, he said.

“We have seen some promising plant introductions that seem to show resistance to these pathogens,” Price said.

Because no consistently effective fungicides are presently available against Cercospora blight, Price said foliar applications are not recommended unless significant disease pressure from other fungal pathogens are present.

“Many growers plant soybeans early to avoid yield-reducing symptoms from Cercospora blight, harvesting as early as August before disease pressure is highest,” he said, adding that the disease is most often found in varieties that mature later or are planted later.

Price said selecting resistant varieties should be based on ratings available from AgCenter experiment stations closest to the producer’s farm.

“Use ratings taken over multiple years and in multiple locations to get some consistency across locations,” he said.