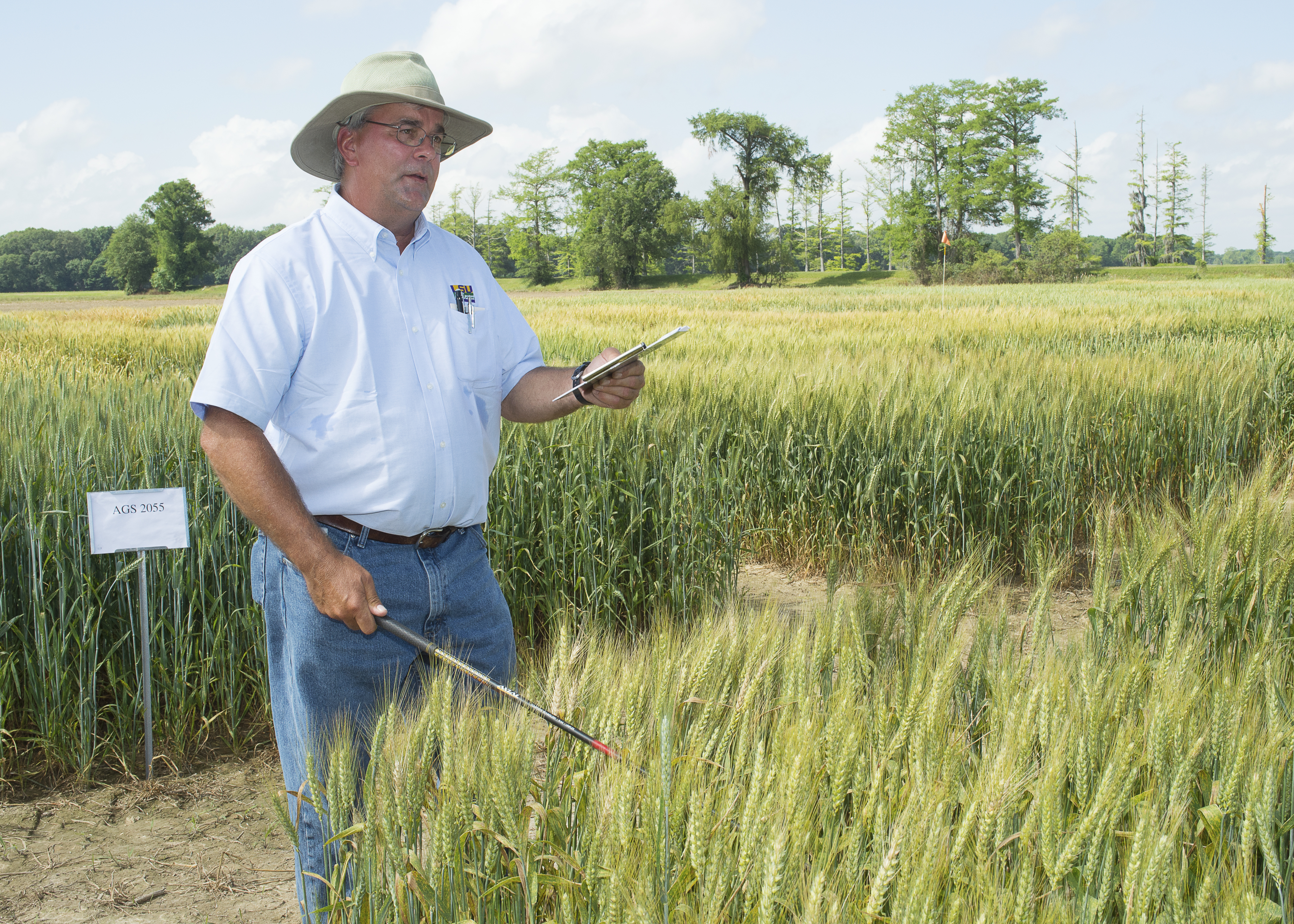 Molecular markers have been used in recent years to track genes of interest, and AgCenter researchers have added genomic selection for the first time to help develop new wheat varieties.

With genomic selection, researchers can dissect hundreds of varieties of wheat on a molecular basis into thousands of snippets of DNA, said AgCenter wheat breeder Steve Harrison.

“A computer model can process this DNA information and predict yield potential and other traits of interest prior to field testing,” Harrison said.

Harrison took 585 first-year wheat yield trial lines and used genomic selection to predict yield, test weight and resistance to fusarium head blight and stripe rust. These lines were then tested in the field at Baton Rouge and Winnsboro to evaluate effectiveness of genomic selection as an additional tool.

He said field testing is expensive and time consuming, and using genomic selection may allow lines with low genetic potential to be eliminated prior to field testing.

“We use it as a lab-based prediction method to estimate potential for untested breeding lines to supplement and enhance field testing,” Harrison said. “If we can use genomic selection on a large number of lines in the step before yield testing, then we should be able to go to the field with material that has a higher probability of being a useful variety.”

Harrison emphasized that the idea is not to reduce the scope of the field evaluations, but rather to go to the field with better material in the first-year yield trials.

A specific trait they are looking for is tolerance to the herbicide Sencor. Baisakh has located several candidate molecular markers associated with resistance.

“The next stage is to pinpoint and validate specific markers that can be used in marker-assisted selection of herbicide-tolerant wheat lines,” Baisakh said.

The researchers also are using molecular markers to become more efficient in selection and crossing.

“We anticipate being able to plant nursery trays and after 10 days collect tissue, then four weeks later have molecular data collected and interpreted to see which genes are in those lines,” Harrison said.

While scientists have been working in the lab to create better wheat lines, the conditions in the field haven’t been so friendly. Harrison said he was able to collect good data at his wheat nursery in Winnsboro, but adverse weather ruined much of the wheat at the nursery in Baton Rouge. Wet weather and the prevalence of diseases such as fusarium head blight negatively affected the past season’s crop.

Harrison also works on oats and collaborates on field and molecular work with the Southern Oats Association Panel.

“We are looking at traits such as winter hardiness, grain quality, disease resistance and human nutrition,” Harrison said.