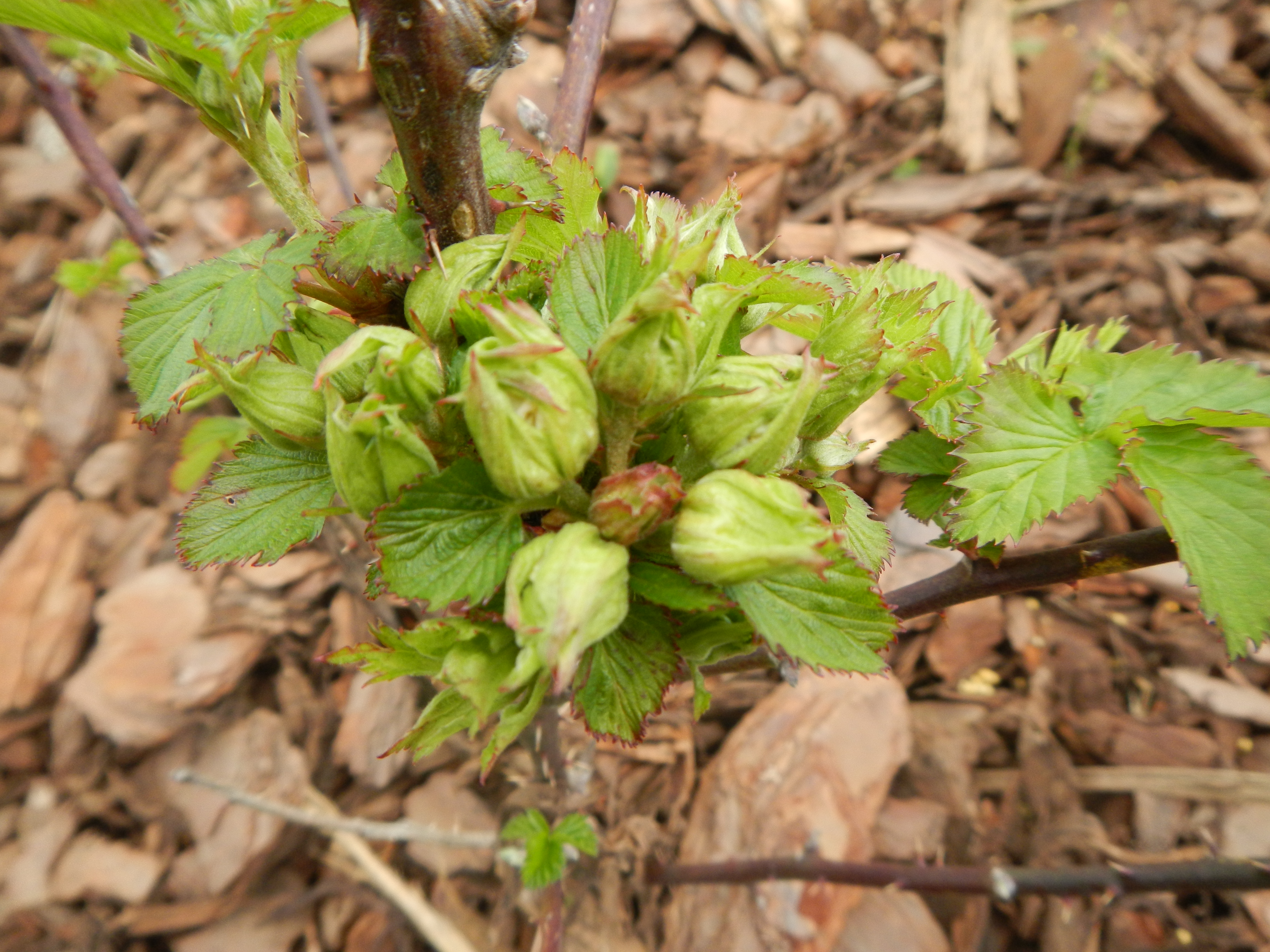 Rosette disease, also called double blossom disease, is a destructive disease of blackberries in Louisiana and other southeastern states. If left unmanaged, commercial production can be severely limited because diseased canes will not produce berries. The disease, caused by the fungus Cercosporella rubi, has a biennial cycle, which matches the growth pattern of blackberries. The fungus attacks primocanes in the spring, overwinters in dormant buds, and the infected canes then develop symptoms the following year on the floricanes. Spores of the fungus are dispersed from infected flowers to the young buds of primocanes by wind and insects. The fungus has a very narrow host range and has not been reported on other types of brambles such as raspberry, boysenberry or tayberry in the United States.

Flowers on diseased fruiting canes are more red or pink in color than healthy flowers and have distorted petals and enlarged sepals, which gives them the appearance of a double flower. Infected plants produce multiple branches with abnormal leaf production. Young leaves are light green and eventually turn yellowish-brown giving the leaves a bronzing appearance. Diseased canes do not produce berries, and berry production on noninfected canes is small and of poor quality.

Rosette can be successfully managed through a combination of resistance, cultural practices and chemical treatments.

Many wild blackberry plants are infected with rosette, and these plants can be a source of infection in home gardens and commercial operations. Wild blackberry patches should be removed from areas surrounding cultivated blackberry fields or nurseries. Homeowners should monitor and treat for rosette disease to prevent spores from moving into commercial fields.

Blackberry nursery plants are also a source of the disease and should be inspected for rosette symptoms before purchasing or planting. Bare root stocks or cuttings from roots are recommended over nursery plants since the rosette fungus is not systemic within the blackberry plant and not known to be present in the roots.

Rigorously pruning out diseased stems with rosettes early in the spring, before diseased buds open, can effectively prevent the occurrence of new infections on the plant and prevent the spread of the disease throughout the crop. Heavily diseased plants should be mowed to 12 inches immediately following harvest, and a fungicide spray program should be started. The diseased material should be removed from the field and destroyed. Yield from mowed plants will be reduced in the following year. Apply fungicides. Reducing disease spread requires that fungicides be applied beginning at bud break through petal fall. Fungicides should be applied as long as the plants are blooming. Consult the Louisiana Plant Disease Management Guide or your local parish extension agent for the most current fungicide recommendations.