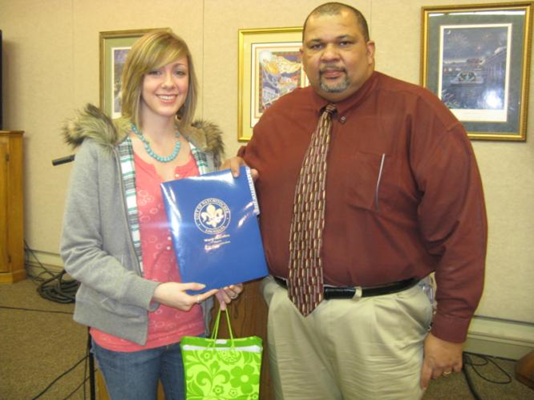 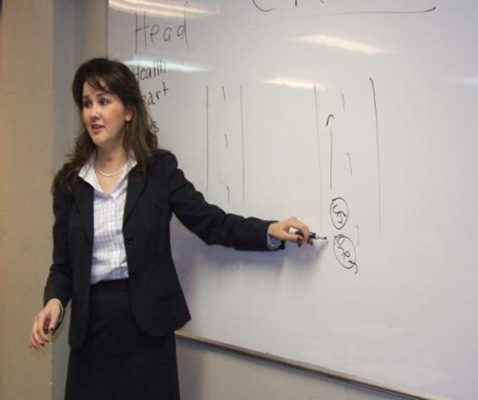 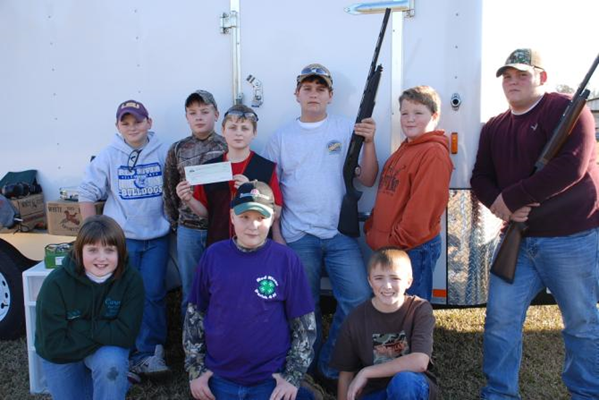 The public can learn the latest about the greenhouse tomato industry at the LSU AgCenter Red River Research Station’s 14th annual Greenhouse Tomato Seminar on Friday, Feb. 26 in Bossier City.

Dr. H.Y. Hanna, an LSU AgCenter researcher at the station, is the presenter.

There is no registration fee for the event, which will last from 1 to 5 p.m.

Among the topics are cutting costs without reducing yield, a new root media recycling method that saves money, research tips that produce results, productive greenhouse varieties, pollinating your vegetable garden by yourself for food and fun, and growing your own vegetables in a hobby greenhouse.

A tour of the station’s greenhouses will be conducted and a special training session on grafting will be held.

Sabine, Natchitoches and Red River dates have not been confirmed.

The Natchitoches Parish LSU AgCenter, in conjunction with the City of Natchitoches and Northwestern State University took advantage of Arbor Day as an opportunity to educate youth throughout the parish.

Students participated in a hands-on activity in which they learned the different parts and functions of a tree. Natchitoches Parish Junior Leaders assisted by producing a “Trees are Terrific” window display for the downtown Arts Center to help promote the benefits of trees.

The celebration ended with the planting of a live oak at a newly constructed city park.

Chefs in the Kitchen offered in Caddo

This class is being conducted by Lola Boone and it is funded by the Wal-Mart “Fit 4 Life” grant. Students were given pedometers to track steps for the duration of the class as part of the “America on the Move” program. Students get to prepare and eat three different dishes each night.

Dr. Patrick Colyer, Steve Micinski and Colleen Cookson attended the Cotton Beltwide Conferences in New Orleans. Micinski participated in the poster board session with “Bollworm/Tobacco Budworm Abundance in Pheromone Traps During the Past Twenty-Four Years in Northwest Louisiana.” Beltwide was held Jan 4-7.

Laura Haley won the Christmas door decorating contest in Caddo with her theme “Marshmallows for Toasting.” Elizabeth Jordan won second place with her theme “Parties for Hosting.” Third place was Dianne Glasgow with “Meaning of Christmas.”

Daniel McFarland of Keithville, a junior at Caddo Magnet High School, is a member of 2010 National 4-H Convention Design Team.

He is one of a five youth who will be working with extension leaders from all over the nation to plan the 2010 4-H Club Congress, a national leadership conference for 1,200 teens from across the United States, said Karen Martin, regional coordinator of 4-H for the LSU AgCenter.

She said the team is made up of the nation’s most outstanding 4-H members. The first meeting of the team will be in February in Atlanta.

She volunteers for Think First, and gets to wear “Gemma,” a diamond necklace, throughout the month of January. She is making appearances to discuss community service and safety, her passion. She encouraged the girls to spend three seconds to buckle their seat belts and shared her message of making choices in every aspect of their lives.

Exhibitors from the Red River Parish 4-H Livestock Show Team traveled to West Monroe on Jan. 16 for the 2010 Ag Expo Livestock Show which was held at the Ike Hamilton Expo Center.

In the commercial doe show, Madison Lewing came in third and fourth.

In the beef show, Rowdy Burleson placed third with his commercial heifer. Darrell McLemore won first in his class with his Brangus heifer and both of his Brangus bulls won first in their respective classes. Darrell also exhibited the champion Brangus bull and heifer and went on to win Reserve Supreme Champion Bull and Heifer in the championship drive.

This donation is being used to further educate 4-H members in the Shooting Sports program. With the money received, the group will be able to buy more clay targets and safety equipment used during practices.

Red River sends a special thank you to John Wells and Mike Noack for recommending the group to receive this donation.

Joshua Salley, a new agent in Red River Parish, will be welcomed at a meet and greet from 1 to 6 p.m. on Thursday, Feb. 5 at the Coushatta office.

Colleen Cookson was quoted in a story in the Marshall News Messenger on birds. She was involved with a group catching wild birds for banding with Dr. Jim Ingold and Tom Walker near Caddo Lake.

"We do winter philopatry to study birds coming back to the same place every winter. We've been doing this since the fall of 1996," Ingold, professor of biological sciences at LSUS, said in the story.

Cookson is an experienced bander and a former student of Ingold. 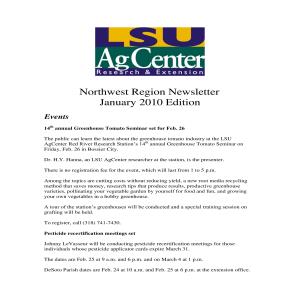