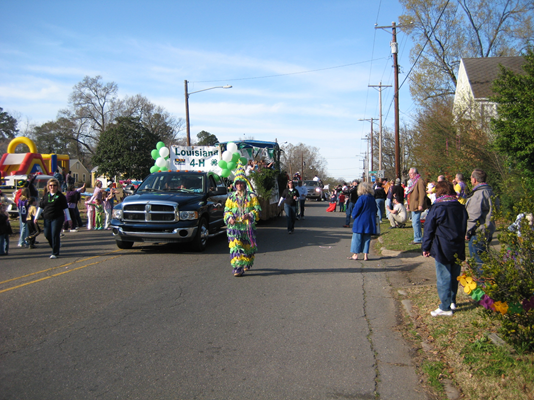 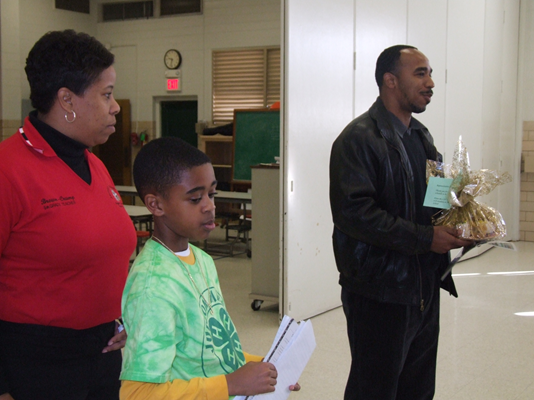 The presentation, Sustainable Neighborhoods: Foods, Markets and Redevelopment of Healthy Places, was filled with ideas for enhancing community nutrition education outreach and nutrition from the garden efforts in northwest Louisiana.

The two conducted a presentation to the Metropolitan Planning Commission and Zoning Board a few weeks ago regarding food systems, food security and health and wellness as they relate to that plan. The webinar was a follow-up to that meeting.

Chesser said the group was impressed with the FNP program and LSU AgCenter’s position as being a resource to the process. Chesser requested the commission form a health and wellness committee.

Access to healthy foods and neighborhood food markets is an area of increasing interest to community developers. Food-related economic development is an important component of sustainable communities, Chesser said.

During discussion, Robin Jenkins, supervisor of youth programs for SPAR, said children are more likely to eat vegetables they grow themselves.

Joan Almond, nutrition agent, is more than halfway through an eight-week Smart Portions class at Wal-Mart in Minden. In Almond’s recent weekly report, she said weight loss is 40.5 pounds for 14 participants who weighed in.

An average of 35 people are in attendance each week.

The employees have had a “party,” which is a reward for their safety record. Each week that they go without an accident, they get to have a party. Interestingly, the food they have been serving is primarily fresh fruits, vegetables and low-fat dip, said Almond.

Fifty people attended a cotton and feed grain production meeting conducted by the LSU AgCenter for Natchitoches and Red River parishes on Feb. 20 in Natchitoches.

The 25th annual Ark-La-Tex Forestry Forum will be held Thursday, March 12, from 8:30 a.m. to 3 p.m. at the Holiday Inn Airport Financial Plaza in Shreveport.

Even though the current economic picture isn’t bright, there are still opportunities for forest landowners to make progress, said Ricky Kilpatrick, area forestry agent for the LSU AgCenter.

Registration by March 9 is $20,and $25 thereafter. Lunch is included.

·The National Association of Interpreters (park naturalists, etc.) held its annual meeting in Shreveport February 26-28 at the Holiday Inn Financial Plaza with Kilpatrick having an exhibit on common yard tree problems and giving a presentation on the success of the environmental education program at Oil City Elementary School.

Kilpatrick also gave a presentation on Project Learning Tree at the Southwest Louisiana Forestry Forum on Feb. 28 in DeRidder.

He was assisted by Louisiana pecan growers in answering questions from show attendees. Ag Expo had an attendance of 9,342.

A tour of the greenhouses was conducted.

Joan Almond was recently named FCS coordinator for the Northwest Region and Gwen Fontenot will be parish chair in Natchitoches.

Caddo thanks legislators, marches in parade

Caddo 4-H also had a float in the Highland Parade on Feb. 22.

Hundreds of young people from across Louisiana were named state champions during the 74th Annual LSU AgCenter 4-H and FFA Livestock Show Presented by Price LeBlanc Feb. 14-21 at the Lamar-Dixon Expo Center in Gonzales.

To qualify for the state show, the competitors first had to participate in parish and district livestock shows across Louisiana. At the state show, which is sponsored by the LSU AgCenter, more than 3,000 young people competed with more than 6,000 animals.

Following is a list of winners in various livestock categories and their home parishes and 4-H or FFA affiliation:

Katherine Rashall of Caddo Parish was among six exceptional Louisiana youths among 30 finalists who were recognized Feb. 21 for their knowledge, skills and communication abilities as they were named winners of the Gerry Lane Premier Exhibitor Awards at the 74th annual LSU AgCenter Livestock Show Presented by Price LeBlanc.

For the past 12 years the premier exhibitor program has recognized 4-H and FFA members who may not have champion animals but who have a thorough understanding of animal science.

Program participants have to pass an exam, take part in a skill-a-thon, write an essay, prepare a resume and show poise and confidence during an interview with livestock show officials.

The winning youths were among 30 finalists and scores of contestants in the program, which recognizes outstanding livestock exhibitors in six categories -- beef cattle, dairy cattle, poultry, sheep, goats and swine. Rashall was Dairy Premier Exhibitor.

Through an endowment from Gerry Lane Enterprises of Baton Rouge, the top winner in each premier exhibitor category received a $1,000 U.S. Savings Bond, a commemorative belt buckle and a monogrammed jacket.

A fund-raising and recognition banquet for Northwest Louisiana 4-H Shooting Sports will be held Friday, March 27, at Central Assembly of God, 700 Highway 80 in Haughton.

Doors will open at 5:30 p.m. and the meal, catered by Shane’s, will be served at 6:30 p.m. Tickets, $15, can be picked up at the Caddo and Bossier extension offices of the LSU AgCenter and Bearing Services in Coushatta. Only 200 will be sold, said Joe Barrett, LSU AgCenter outdoor skills agent.

Youth who have attended national shooting events will be recognized. Jack Dillard will conduct a live auction and there will also be a silent auction.

Proceeds will help with expenses for shooting sports participants from a four-parish region to attend national contests and start a scholarship fund or stipend for an outdoor skills youth from the four-parish region. The parishes are Bossier, Caddo, Red River and Webster.

March 7—4-H Night at the Mudbugs