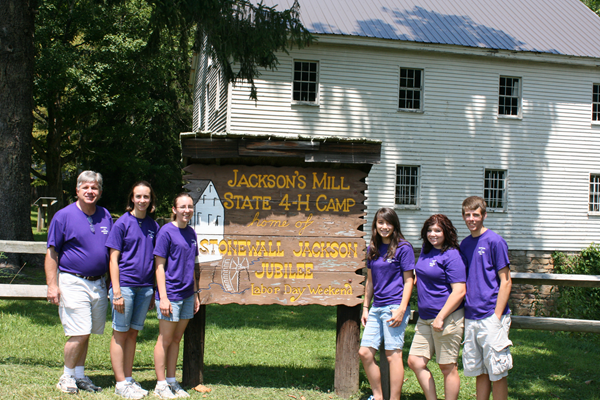 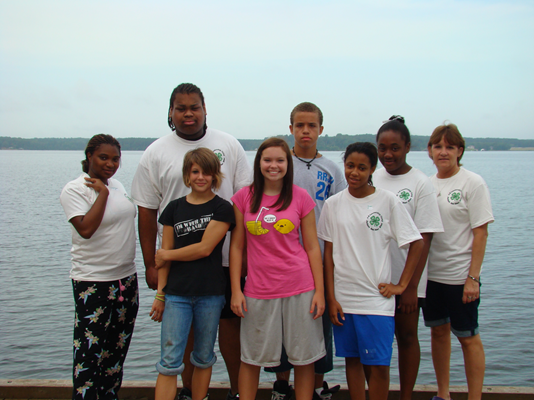 Agents in the Northwest Region were among those recognized for awards at the Louisiana Association of Extension 4-H Agents meeting Aug. 18-21 in Covington.

Katherine Pace of Caddo Parish won the Distinguished Service Award. The LAE4-HA membership selects three winners among 10 finalists statewide. Agents must have at least seven years of service to be eligible.

Karen Martin was one of seven finalists for the Meritorious Service Award. Recipients must have at least 15 years of service.

Two Northwest Region 4-H’ers are among Louisiana's most outstanding students.

They have taken their place as members of the Louisiana Legislative Youth Advisory Council and will work together over the next year in an effort to influence the legislative process and make the state a better place for young people.

Members of the council are selected from a wide pool of applicants from around the state who display a strong interest in civic involvement. Two student members serve from each of the seven congressional districts (14 members) and seven additional youth members are designated by and represent a school-sponsored or community service club or organization that has a civic mission.

The Caddo 4-H’ers are Caroline Boley of Shreveport and Daniel McFarland of Keithville.

State lawmakers created the Legislative Youth Advisory Council and enacted it into law during the 2007 regular session. Now in its second year, its purpose is to facilitate the communication between youth and the Legislature and to give students a unique opportunity to be involved in the workings of state government.

The body will have the opportunity over this next year to study and address issues of importance to young people, including education, employment, health and physical fitness, strategies to increase youth participation in local and state government, safe environments for youth, substance abuse, underage drinking, litter and environmental control, and youth access to state and local services.

"The work of the Youth Advisory Council during its first year of operation was very successful with students playing a key leadership role in the development of the state's Lighten Up Louisiana-Youth campaign, an effort to promote physical fitness and healthy living among Louisiana youths," said Sen. Ben Nevers, chairman of the Senate Education Committee. "I look forward to working with the new and returning council members for another successful year."

The meeting also included segments on local government and being effective young leaders in the community with speakers Tom Ed McHugh of the Louisiana Municipal Association; John Gallagher and Jerry Guillot with the Louisiana City Attorneys Association; Sgt. Markus Smith, Louisiana State Police, relative to underage drinking and driving; Beth Courtney and other representatives of Louisiana Public Broadcasting, relative to the Louisiana Public Square program and other LPB civic education initiatives; and Anthony Zehyoue, former LSU football player and now a teacher, relative to the importance of setting an example and leading through times of both triumph and adversity.

The second meeting was held on Aug. 1 at which members rolled up their sleeves and initiated the planning phase to launch the Lighten Up Louisiana-Youth Campaign.

The Governor’s Council on Physical Fitness and Sports has partnered with the Legislative Youth Advisory Council to unveil a new strategy for challenging teens and young adults to take a more active role in promoting physical activity and a healthier lifestyle among their peers by encouraging fitness and weight loss.

A newly restructured Web site allows participants to keep track of their daily/weekly exercise activities, from jogging and swimming to walking and mowing the grass. At www.lightenuplouisiana.org, participants are offered a wide array of features to encourage activity and healthy eating such as tracking daily fruit, vegetable and water intake.

Individuals and teams can also create walking routes in nearby parks, trails or neighborhoods which log distances and their number of steps.

Rudy Macklin, director of the Governor's Council on Physical Fitness and Sports, told the group at the Aug. 1 meeting that no other state is letting youth lead such a charge. “Media attention will shine on Louisiana and you,” he said. He encouraged members to spend a lifetime helping others.

Louisiana was represented by Karl Simon of Broussard, Morgan Smith of Sulphur and Amanda Wolff and Laura Wolff of Baton Rouge. The team was coached by Ricky Kilpatrick, LSU AgCenter agent in Bossier Parish.

At the invitational, 4-H members competed for overall team and individual awards in several categories. Three of the four Louisiana members were in the top ten for the high-point individual award. Smith was fourth, Laura Wolff was seventh and Amanda Wolff was ninth.

The Farm Credit System and the Cooperative Extension Service sponsored the event.

For more information on the National 4-H Forestry Invitational, go to www.aces.edu/n4hfi.

After representing their district and state, the youth went on to the regional competition the last week in July. The annual Louisiana 4-H and FFA Horse Show is coordinated by the LSU AgCenter.

Following are the names of Northwest Region winners and their parishes:

LSU AgCenter 4-H agents have agreed to plan an extensive educational water camp to reach sixth- through eighth-graders in parishes served by the stressed Sparta Aquifer.

“Extension can have the most impact with youth education,” said Dr. Ron Sheffield, assistant professor/water resources extension engineer for the LSU AgCenter.

Specialists from the LSU AgCenter and other state and federal agencies educate Claiborne Parish fifth- and sixth-graders at Lake Claiborne State Park at Water Fest, a daylong event each May where they learn about conservation and water quality.

The new event is proposed on a larger scale and for three days.

“Reduce the use” is the mantra of a water conservation campaign spearheaded by the LSU AgCenter in North Louisiana, where people in 15 parishes are dependent on the gradually disappearing Sparta Aquifer. “If we do not educate future generations about conservation and reduced water usage, they will one day find an empty aquifer,” said Robin Bridges, LSU AgCenter agent in Claiborne Parish.

An aquifer is a thick, underground layer of coarse material that holds water replenished through rain.

Campers were joined by Winn and Jackson 4-H’ers.

Campers did many different activities from swimming, cooking and canoeing to leadership training.

All who attended the camp are now certified camp counselors.

Five students from Sabine Parish are participating on state 4-H boards this year. They are Julie Barrios, chairman of the citizenship board; Savanna Eaves, citizenship board; Victoria Arnold, food and fitness board and Northwest regional representative on the Executive Board; Lincoln Pearce, fashion board and Allen Litton, secretary of the SET board.

One of the parish winners who received a certificate and cash award in the Junior Beef Grazing project was Tyler Harrell of Bossier in heifers.

An awards luncheon was held Aug. 29 at the Louisiana Cattlemen’s Association Summer Conference in Dry Creek.

Dr. Don Reed, wildlife specialist for the LSU AgCenter, conducted a seminar on deer and turkey management and food plots on Sept. 1 at the Caddo Parish Extension office.

“Tailgating… South of the Border” is the theme of September’s Lunch and Ag Discovery to be held on the 22nd at noon outdoors at the Red River Research Station.

Joan Almond and Connie Aclin will serve up steak fajitas, Spanish rice, roasted peppers, salsa and pralines. They will also have door prizes in addition to a cookbook and an LSU fan with the football schedule on the back.