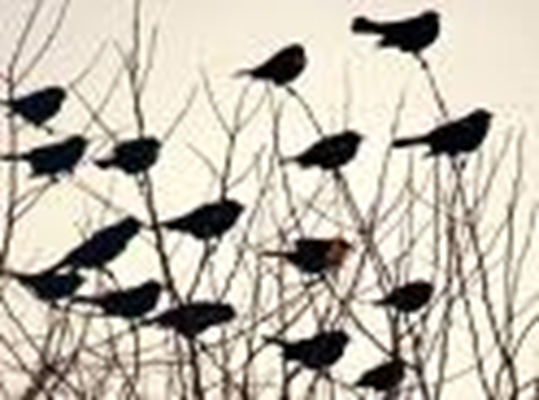 Blackbirds love to scratch green citrus fruit with their beaks. They use the citrus oil to groom their feathers. 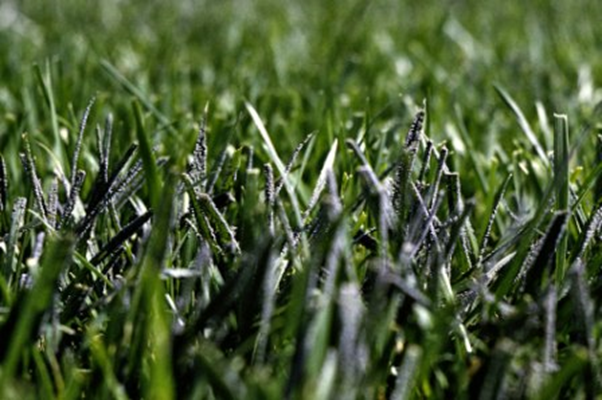 I receive calls on a regular basis about what can be called nuisance animals. These are animals that most homeowners find quite adorable in normal circumstances. However, when they cause damage or inconvenience, most lose their charm. The common question is how to get rid of the animal. Well, sometimes you can and sometimes you have to learn to live together.

Armadillos are usually a problem only during a drought. The rest of the time they are quite content in the woods. They feed on insects and worms that inhabit the soil. They are not plant eaters. If a plant is between the armadillo and an insect, it will dig the plant up to get to the insect. This is when the conflict with humans occurs. In times of drought, the insects burrow deep into the forest soil. Homeowners irrigate their lawn and plant beds. The insects there remain close to the soil surface. The armadillo can smell and hear these bugs much easier and will dig up your lawn grass and flowers to get to them.

No repellents, toxicants or fumigants are registered for armadillo control. You must either exclude them by barriers or traps and remove them. Barriers aren’t usually very effective. The armadillo will often just dig under it. Wire type box traps can be set in areas where armadillos travel. Set boards to funnel the animal into the trap. Baits aren’t very effective. When soil moisture returns to normal in the wooded areas, the armadillo will return to the woods to hunt for his insect prey.

Woodpeckers, or at least one species of woodpecker, will often peck small shallow holes on yard trees. The homeowner will seldom see the bird in action. He (and it is a male) will peck early in the morning. The result is a series of shallow holes in the tree trunk or large limb that often encircle the tree. Sap runs from these holes in the summer. Fungi grow on the sap and turn the entire area a dark or black color. The woodpecker is actually using the tree as a marker for his domain. The holes are incidental; he pecks for the sound to let the other male woodpeckers that this is his territory.

This is a tough situation to control. Woodpeckers are a protected species. Their injury to the tree (often a live oak) is actually minor. This is a situation that you will just have to learn to tolerate.

Blackbirds on Citrus
Blackbirds love to scratch green citrus fruit with their beaks. They use the citrus oil to groom their feathers. Blackbirds fly into your Satsuma, orange, grapefruit or lemon trees just before dawn. They scratch the immature fruit skin and fly away before you even know that they are there. If the fruit is small, they might knock it off. Usually they only scratch the surface and don’t harm the juice or flesh of the fruit. As the fruit matures, they stop scratching. You are left with an ugly looking fruit that still tastes good. After it is peeled, you can’t tell it from an unscratched fruit.

Scare tactics are your only option. These usually don’t work for very long. Nets don’t seem to work very well at all. In our area we have a lot of blackbirds. Enjoy the fruit and don’t worry about how it looks.

Crawly Bugs will begin appearing on patios and under carports as soon as rain begins. These “worms” can be nematodes or one of the several species of earthworm that we are blessed with. These animals live under the soil surface and feed on organic matter. They are quite beneficial to the health of the lawn and help recycle dead plant and animal tissue. Some are parasites to harmful insects. So, they are our friends. However, sudden rains flood the soil and float these to the surface. Once on the soil surface, they will try to reach higher ground. Higher ground is usually your porch, patio or carport. There is no need to try to kill them. Their benefit outweighs any inconvenience they might cause. When the rainy season ends, they will remain out-of-sight, under the soil. Until then, just sweep them back into the yard.

Slime Mold is not an animal, but a very primitive fungus. Black spots of oily material will sometimes appear on lawn grass overnight. As the sun shines on it, it will fade in color to grey. It can be shocking in its sudden and dramatic appearance, but is not harmful to the lawn grass. Slime mold lives on organic matter under the soil surface. When the weather is hot, humid and rain showers are frequent, it will spew its spores into the air and the leaves of grass. It doesn’t parasitize the plants. If it bothers you, mow the grass or wash it off with a garden hose.