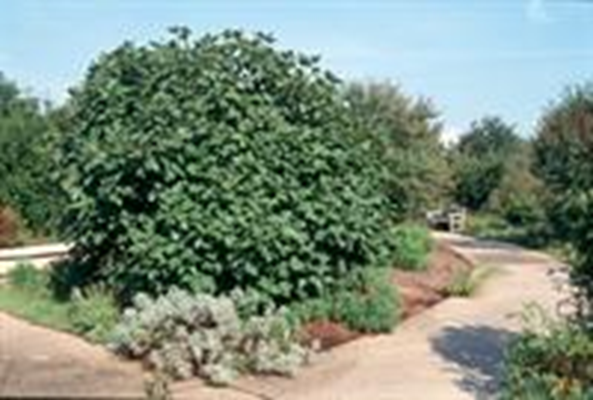 Proper applications at this time of year will help assure that plant nutrients are in adequate supply for the entire growing season.

Pruning trees of bearing age is practiced to thin out thick growth and to facilitate spraying and harvesting.

Earlier this month I discussed the importance of properly fertilizing shade trees and shrubs in the home lawn. It is equally important to maintain proper fertility for the many species of fruit trees we have for home production. Now through February is the preferred time of year for fruit tree fertilization. Proper applications at this time of year will help assure that plant nutrients are in adequate supply for the entire growing season. The better start you give the tree, the better chance for optimum production this year.

All plants remove nutrients from the soil, use them to produce food, use this food for fruit production and store the rest in the tissues of their trunk or stem to initiate new growth in the spring. Keeping an adequate supply of plant nutrients in the soil is essential for continued growth and production. The major nutrients used by the plant are nitrogen, phosphorus and potassium. These are the nutrients used in the greatest quantity. To assume that they are present in proper amounts, we add fertilizer to the soil. A late winter application of fertilizer will accomplish this when the need for nutrients is greatest for fruit trees.

Fig trees in general need one pound of 8-8-8 per year of age (up to 10 pounds maximum). Blackberries need one-half pound of 8-8-8 per row foot in late winter. Apply an additional one-half pound of ammonium nitrate per row foot after berry harvest. Pecan trees receive three pounds of 8-8-8 or equivalent per inch of trunk diameter measured one foot above the soil line. Older pecan trees (25 years or older) need an additional one-half pound of ammonium nitrate per inch of trunk diameter. Apply this in May or June. Following this formula, you will find that pecan trees are quite expensive to fertilize properly. Many home gardeners have decided to treat the pecan as a shade tree and be happy for any nuts that it provides.

After planting and before growth starts in the spring, citrus trees should be pruned. This initial pruning helps bring into balance the tops of the plants and the root system. It also stimulates lateral bud development from which good scaffold branches can be selected later.

Young trees will usually have a framework already developed when purchased. They should begin branching at approximately 18-24 inches above ground level. Growth developing below this framework should be prevented. Dead wood should be removed periodically in older trees to help control melanose, a fungus disease. If crowding of branches or crossing over occurs, some thinning should also be practiced. Water sprouts arising from the center of the tree should be kept to a minimum.

Citrus trees are very susceptible to low temperatures and are often injured during the winter. When freeze injury occurs, trees should be pruned as soon as possible after the extent of cold damage has been determined. Normally, the damage is evident after the second flush of growth following the freeze, usually in July or August.

Pruning is normally done during late January and February. When pruning, cut off only enough branches to accomplish a definite purpose. A primary purpose of pruning young non-bearing trees is to shape the tree so that scaffold branches will be well distributed. If scaffold branches are selected properly, the weak narrow crotches can be eliminated and future breakage under heavy fruit loads can be avoided. Proper selection of young scaffold branches will also reduce the large pruning cuts in future years, thus reducing the entrance of insects and decay organisms into pruning wounds.

Pruning trees of bearing age is practiced to thin out thick growth and to facilitate spraying and harvesting. Dead, weak and broken limbs and disease and insect infested wood should be removed also. Where large limbs are removed, protect cut surfaces to prevent entry by insects and diseases by using a non-toxic tree coating compound to paint these wounds. When pruning, cut all limbs off flush to the point of attachment.

Remember, pruning mature citrus trees will accelerate growth the next season. This growth is often at the expense of fruit production the following year. It is best to not remove more than one-third of the existing canopy in a single year. In other words, unless there is a definite need to prune a bearing tree, avoid it.