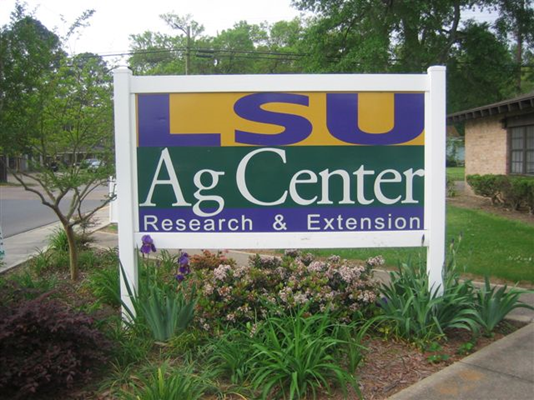 The entire Evangeline Parish area was once a "vacherie" (grazing land for cattle) for early French and Spanish settlers. This vacherie extended to the Sabine River, which is the Louisiana-Texas state border. Huge roundups were held yearly on this great open range. As settlers homesteaded the area, fences were built; and as the area became settled, small towns sprang up and extended through this area. The old Spanish Trail from Louisiana to Texas wound its way through the vacherie, and traces of this ancient, sunken road may still be seen off Highway 167. Other sections of this ancient trail are in the Chicot State Park area. By the 1700s, colonization was well under way.

The parish was originally part of St. Landry Parish. After much effort on the part of local citizens, in 1911 the area was separated from St. Landry and Evangeline Parish was created. It was named for the heroine in Longfellow's famous poem. Ville Platte was named the parish seat. Ville Platte means "Flat Town" in French, and the town was so named because it was the first settlement on level land that stagecoach passengers reached when traveling south from the rolling hills of north Louisiana.

Perhaps no parish in Acadiana is more possessive of its heritage than Evangeline. Its citizens will tell you (seriously but with the humorous touch, too) that they have the best gumbo, the best boudin (a sausage-like local favorite) and other Cajun delicacies. A few few years ago, one Evangeline town claimed to have originated the fais-do-do (a dance), only to be challenged by -- of course -- another equally proud Evangeline Parish town. For the Louisiana French country flavor, perhaps no parish surpasses this parish in the northwest corner of central Acadiana.

Ethnicity
Evangeline Parish is widely noted as a melting pot of various nationalities that settled this area. Its rich French, Spanish, German backgrounds are major influences on today's culture. The addition of Nova Scotian, African, Santo Domingan and Vietnamese added to the flavor of the Cajun heritage. The Cajun French language is still spoken fluently by many citizens.

Annual Parish Events
Cotton Festival - Each October Ville Platte hosts the Louisiana Cotton Festival and Le Tournoi de la Ville Platte. The festivities include an Acadian music festival with Cajun music and dancing, street dance, carnival throughout the festival, coronation of the Cotton Queen, Harvest Mass to give thanks for a bountiful crop, a colorful afternoon parade and the 4-H club pet show and cookery contest. The ancient jousting game known as Le Tournoi is played, and the winning knight is recognized by the Tournoi Queen.

Le Tournoi de la Ville Platte - This event is a tournament or joust, originally held in France. Its introduction here in the 1800s is credited to Major Marcellin Garand, known as the founder of Ville Platte. Garand had served in the French Army and in Napoleon's Army as an adjutant general. The Tournoi was run until the late 1890s. It was revived in 1952 by a group of veterans as part of its July 4th celebration and continues to be held. The Tournoi, which means "tournament" in French, is run on horseback and requires speed, agility and accuracy on the part of both the rider and his mount. The rider carries a long, slender lance which he uses to put through each of seven small suspended iron rings (representing the seven enemies of cotton) as he races his horse around a quarter-mile circular track. Riders make three rounds of heats to decide the champion.

Le Festival de la Viande Boucanee (The Smoked Meat Festival) - The Evangeline Parish area is known far and wide for its wonderful variety of smoked meat - sausage, tasso, pounce, andouille, poultry and wild game. In 1993 the Vietnam Veterans of America, Evangeline Chapter #652, started this festival, which is held in Ville Platte on the last full weekend of June each year. Events include the World Championship Smoked Meat Cookery Contest for professional and amateur chefs, nationally and locally known recording artists playing a wide variety of music, lots of wonderful Cajun and other foods, a Cajun Heritage Exhibition featuring old-time Cajun farm and homemaking skills, and arts and crafts booths. We promise a "smokin' good time!"

Courier de Mardi Gras a Cheval (Mardi Gras run on horseback) - Mamou is the site of this Cajun country-style Mardi Gras celebration. Riders dressed in colorful costumes ride on horseback throughout the countryside, collecting chickens and sausage and other "fixings" for the traditional gumbo served during the fais do do that night.

Cajun Music Festival - This spirited event held in Mamou each June features lively contests, including the "Battle of the Bands," a musical competition among Cajun bands.

Veterans Day Celebrations - On November 11, Mamou celebrates Veterans Day with a patriotic parade and a carnival. An impressive ceremony is also conducted that morning by local veterans groups at the Veterans' Memorials on the Court House Square in Ville Platte.

Boggy Bayou Festival - This festival is held on the first full weekend in March at the Boggy Bayou Fair Grounds one mile south of Pine Prairie. The festivities begin Friday with a special Kiddy Day. Saturday's events include the Boggy Bayou Olympics and the selection of the Boggy Bayou Queen. Good Cajun cooking, a country store and live entertainment are featured throughout the weekend. Proceeds from the festival are donated toward the purchase of special equipment for the residents of the Prairie Manor Nursing Home.

Louisiana Swine Festival - Since agriculture is central to the economy of the town of Basile, the townspeople sponsor the annual Swine Festival in late October. Activities include music, dancing, eating with an emphasis on pork dishes, hog calling contest, children's pig chase, parade and a beauty pageant.

Louisiana State Arboretum - A mile and a half from the main entrance to Chicot State Park is the Louisiana State Arboretum. Established in 1961, the Arboretum was the first such area in the South and the first state-supported arboretum in the United States. The Arboretum is the home of a magnificent mature beech-magnolia forest and features an outdoor classroom and several miles of nature trails with labeled plant life native to Louisiana. A walk through the arboretum can be both inspirational and educational. Individuals can tour the 600-acre site on quiet, tree-shaded pathways that wind across ravines and over rustic bridges, past centuries-old beech, magnolia, oak and ash. The Arboretum is a living botanical museum with many different specimens of Louisiana plant life.

For more information, contact the Louisiana State Arboretum, 4213 Chicot Park Road, Ville Platte, LA 70586, phone (337) 363-6289 or 1-888-677-6100. Groups of 10 or more can schedule a tour by appointment. Regular science and nature programs are scheduled on all weekends in the summer and special programs are conducted throughout the year.