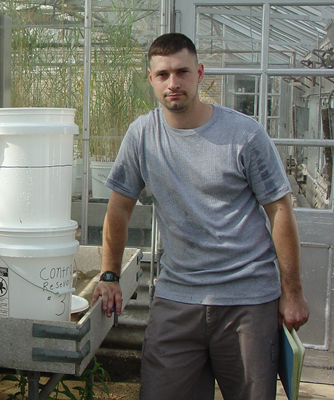 Aaron Dale Istre, a 2003 graduate in Environmental Management Systems, was one of two soldiers honored during a Memorial Day Ceremony held at Louisiana State University on May 30. Istre, a captain in the U.S. Army, died during a training mission outside Kandahar, Afghanistan, on March 24, 2012. His uncle, Joe Delvecchio, spoke of Istre during the ceremony.

“He was dedicated to serving, whether it was his family, fellow man or his country,” Delvecchio said.

Istre was born in Lake Charles on Nov. 2, 1974. He enlisted in the U.S. Army on June 23, 1993, as a 63B (Light Weight Vehicle Mechanic). Istre spent five years and seven months on active duty before continuing his military service in the Louisiana National Guard. He graduated from LSU in December 2003 with a bachelor’s degree in environmental management systems. While at LSU, he completed the Reserve Officer Training Corps (ROTC) program and was commissioned as a transportation officer. After successfully completing the Combined Logistics Captains Career Course in 2007, Istre was inducted into the Logistics Corps.

During the ceremony, Istre’s name and the name of SOCS (SEAL) Robert James Reeves were unveiled on the LSU Wall of Honor. Reeves, a U.S. Navy petty officer who was assigned to the Naval Special Warfare Tactical Development and Evaluation Group (SEAL Team Six), was killed in a helicopter crash on Aug. 6, 2011, in Afghanistan. The Wall of Honor is located at the LSU War Memorial on the Parade Ground.