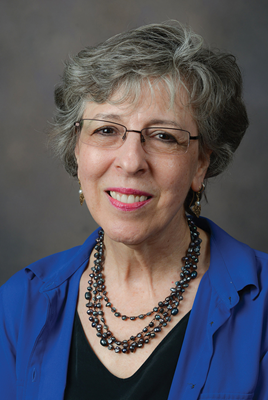 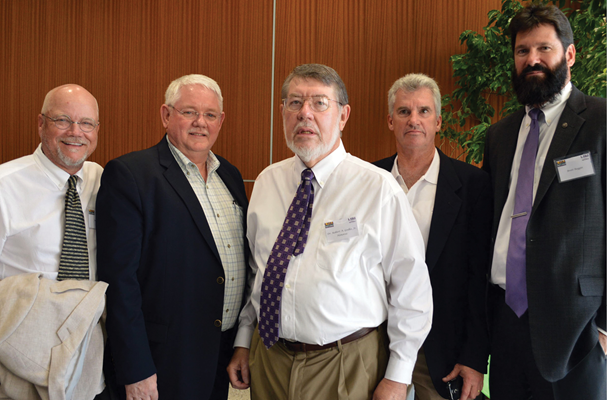 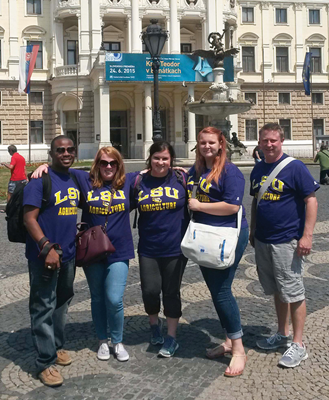 Louise Wicker, a food scientist who spent much of her career on the faculty at the University of Georgia, was named director of the LSU AgCenter and College of Agriculture School of Nutrition and Food Sciences. She started on July 1.

She spent 27 years at the University of Georgia in food science and technology. She coordinated the Master of Food Technology, a part-time degree program for full-time working professionals in the food industry, and managed the transition to a fully online degree program. Wicker also served as the team leader of the university’s obesity initiative.

Wicker was drawn to the AgCenter because the school includes both nutrition and food sciences as well as the school’s relationship with Pennington Biomedical Research Center. She is interested in expanding the health and wellness programs to address obesity.

“Ensuring food safety with all players in the value-added chain from production to consumption is integral to our mission, with programs that work with private industry and regulatory bodies and those that teach people how to choose foods and to prepare them safely,” she said.

Former students of LSU Boyd Professor Emeritus Robert Godke gathered for a reception on Aug. 8 at the Animal and Food Sciences Laboratories Building to honor him for his 40 years of overseeing the LSU AgCenter’s reproductive physiology program.

The former students call themselves the “Repro Rangers,” and many have contributed to a scholarship named in Godke’s honor.

Daniel Berry, a professor at Stellenbosch University in South Africa, who studied with Godke in the 1990s, flew in for the event.

“He is a brilliant man,” Berry said. “And he became a dear friend.”

Stephen Pool, a cryobank director at Fairfax Cryobank in Fairfax, Virginia, said Godke had the ability to bring out the best in his students. He said he was grateful that Godke took a chance on him when he accepted him into his program in the mid-1970s.

“I wasn’t the student with the top grades or the best SAT scores, but he took a chance on me, and I respect him for that,” Pool said.

Godke said it wasn’t the students with the best grades or scores who were the most creative. He stressed that they must have their own ideas and charged them with proving him wrong – a challenge that was intimidating to the students but rewarding when they succeeded.

Godke said he is proud of his students and grateful to have had the opportunity to work with so many.

The Repro Rangers have raised more than $100,000 toward the Robert A. Godke Jr. Endowed Graduate Scholarship.

Donations to the fund can be made by check payable to the LSU Foundation marked Godke Endowment in the memo. Checks can be mailed to Dinah Schuster, LSU AgCenter Office of Development, 101 J. Norman Efferson Hall, Baton Rouge, LA 70803-0106.
Tobie Blanchard

The LSU College of Agriculture is hosting the 2nd Annual Cocktails and Cuisine on Oct. 16 at 6 p.m. at the LSU AgCenter’s LaHouse. Proceeds from event will benefit the Dean’s Scholarship Fund.

“Scholarships are critical to recruiting and retaining high-achieving students,” said Bill Richardson, dean of the College of Agriculture and LSU vice president for agriculture. “We must grow the number of scholarships we can award to students interested in pursuing a career in one of the many agricultural fields.”

Richardson said scholarships also are an important tool in encouraging students to study agriculture. He hopes college alumni and friends will see the value in making an investment in students who will advance the food and fiber industries.

The evening will include a silent auction, entertainment by the John Gray Jazz Trio, and food and beverages, some of which will be provided by tenants of the LSU AgCenter Food Incubator.

Tickets are $30 per person or $50 per couple. To purchase or for more information, contact Lindsey Kelly, Director of Alumni Relations, or visit www.lsu.edu/agriculture/ alumni.
Tobie Blanchard

Each $750 scholarship is awarded to upper level agricultural education majors to help offset expenses during their student teaching experience. Fifteen students from across the United States were selected based on their academic performance as well as on leadership and service activities.

Tim Sandles is not usually one to venture outside of his comfort zone. The LSU graduate student from Madisonville, Texas, studying agricultural education decided to push himself this summer when he signed up for a study abroad program in Europe.

“I knew it would be a good opportunity for personal development,” Sandles said. “It definitely exceeded my expectations.”

Sandles journeyed to Austria, Slovakia and the Czech Republic in June with three other students and J.C. Bunch, assistant professor in the Department of Agricultural and Extension Education and Evaluation.

“It is important to many companies and employers in the agriculture industry that potential employees have some international experiences with other countries and their cultures,” Bunch said.

An LSU team took third place in the southern division of the National Weed Contest on July 21 in Columbus, Ohio. More than 25 universities and 200 students from the U.S. and Canada participated.