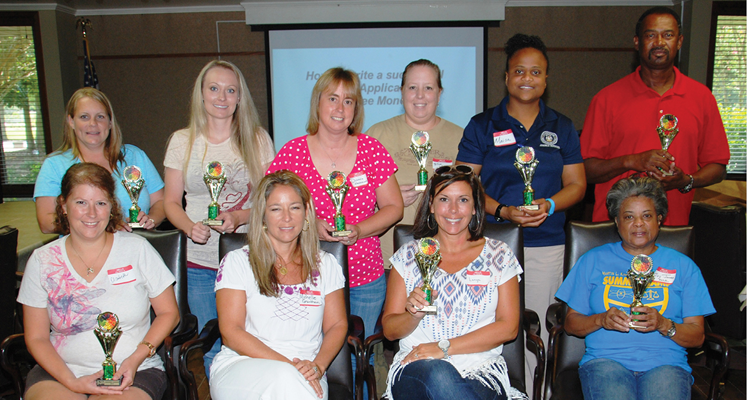 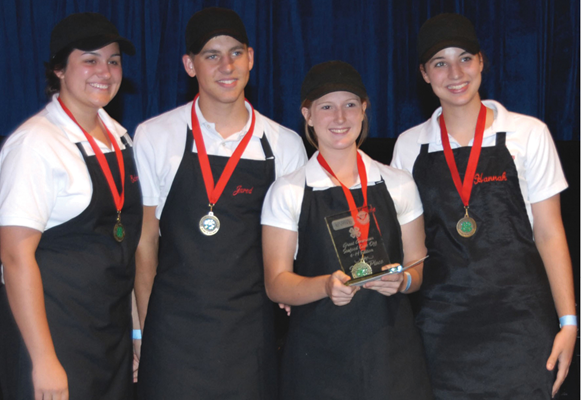 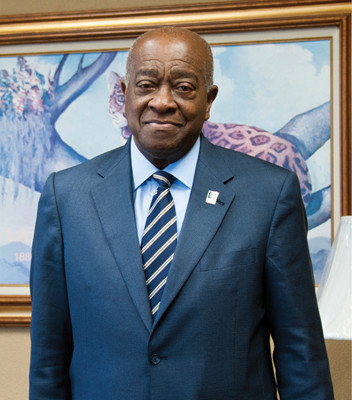 A pair of combines cut rice on the J&L Lawson Farm north of Crowley. Farmers in south Louisiana are reporting yields are down slightly this year, and LSU AgCenter experts are blaming the wet spring. (Photo by Bruce Schultz) 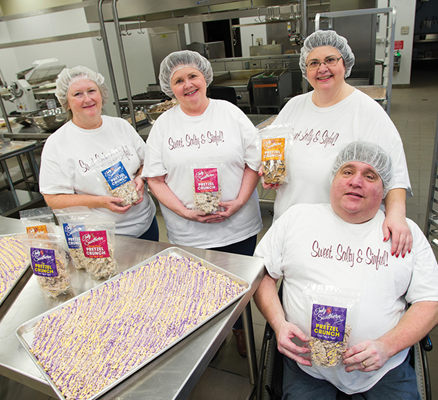 After 50 years of service, Leodrey Williams, chancellor of the Southern University Agricultural Research and Extension Center, retired on June 30, 2015.

Williams grew up working on his family’s farm in Pinckneyville, Mississippi, and was a member of the New Farmers of America Program in high school. After graduating, he enrolled at Southern University and majored in vocational agriculture.

“I wanted to work internationally in developing countries,” he said.

However, things did not work out as planned. Just before his graduation, Williams was drafted into the Army. After three years and a couple of months, “that was enough foreign service for that time. I was ready to go to my professional job,” he said.

In 1965, after being hired by LSU as the assistant county agent for work with Negros in Richland Parish, Williams began his professional career in agriculture with Cooperative Extension. Six weeks later, the title was deemed illegal after the passing of the Civil Rights Act.

In 1971, Southern University established its own extension office and hired Williams as an agricultural specialist. In 1980, he was named extension director.

In the early 1990s, he was called to Washington, D.C., to serve in a national capacity with Cooperative Extension. He led the effort to merge two agencies into one, which was named the Cooperative State Research, Education and Extension Service. This agency later became the National Institute of Food and Agriculture.

He returned to Southern in 1995 as the extension director and in 2001 was asked to lead the newly formed Southern University Agricultural Research and Extension Center.

During the competition each team was given one hour to prepare their dish using American seafood. The Louisiana participants were Eden Schexnayder, Kassie deVeer and brother and sister Jared and Hannah Barrilleaux. The team was coached by Katie deVeer, Kassie’s sister.

Teachers who started gardens at their schools last year were recognized for their progress at a workshop on July 29 at the LSU AgCenter Botanic Gardens at Burden.

Ten south Louisiana schools were awarded grants last summer to implement gardens at their schools, said AgCenter gardening specialist Kiki Fontenot. The teachers returned for the workshop to learn how to continue the gardens without the financial backing of the AgCenter and to receive trophies as congratulations on being an excellent school gardener.

At the workshop, each teacher gave a progress report on their project and recommendations for what can be done to make the gardens better this year, Fontenot said.

Fontenot said she hopes to receive additional corporate sponsorships to bring in another group of teachers to begin their school gardens.

The group included personnel with the China Inspection and Quarantine Service in Guangdong Province, which oversees 25 percent of American agricultural imports into China, said David Picha, director of AgCenter International Programs. The visitors are fellows in the U.S. Department of Agriculture Cochran Fellowship Program, which educates representatives from numerous countries about American agriculture and trade.

South Louisiana rice farmers have had excellent weather to get the 2015 crop out of the field, but the yield is a decline from the two exceptional harvests of the past two years, according to LSU AgCenter experts.

“This is not going to be one of the harvests for the record books,” said Steve Linscombe, director of the LSU AgCenter Rice Research Station, adding that this year’s harvest in south Louisiana is down an estimated 10-15 percent from last year.

“This has been one of the most difficult years for rice producers that they’ve seen in a long time,” said AgCenter rice specialist Dustin Harrell.

Both listed heavy rainfall from March until May, and frequent overcast skies as major reasons for lower yields. More clouds mean less sunshine for photosynthesis, and that resulted in fewer and smaller grains per plant, Linscombe said.

Harrell said the excess rainfall complicated the season because farmers were not able to make fertilizer applications on time.

Disease was a factor in the harvest, Linscombe said. Blast disease was comparable to the 2012 levels, and it resulted in lower yields. Bacterial panicle blight also showed up, he said, but sheath blight was not as bad as usual, probably because fungicides worked well against that disease.

“Quality seems to be OK, especially on our earlier-planted rice,” Linscombe said. But later- planted rice that matured during the hotter temperatures will probably have quality problems, especially with chalk, he said.

Even though planting was delayed by weather, harvest went smoothly in south Louisiana with few rain interruptions. Dry weather prevented farm equipment from rutting the fields, Linscombe said. That means a good start for farmers growing a second crop of rice.

Some people turn to family recipes for comfort during stressful times. Others, like Linda McAdams, from Prairieville, Louisiana, turn them into a new career.

When McAdams was laid off in 2013, she interviewed for several jobs but was rejected from all of them. Then, she realized, “maybe what we needed to do was right in front of us all this time.”

For about 30 years, McAdams and her sister, Karen Daigle, had been making a salty-sweet treat using crushed pretzels and melted chocolate for family and friends. They decided to turn the popular snack into a business.

They joined the LSU AgCenter Food Incubator months later in July 2014. In just a year, Truly Southern Pretzel Crunch became one of the incubator’s most popular products. It is now sold in 34 Associated Grocers stores in Louisiana, Texas and Mississippi.

(These article was published in the summer 2015 issue of Louisiana Agriculture magazine.)