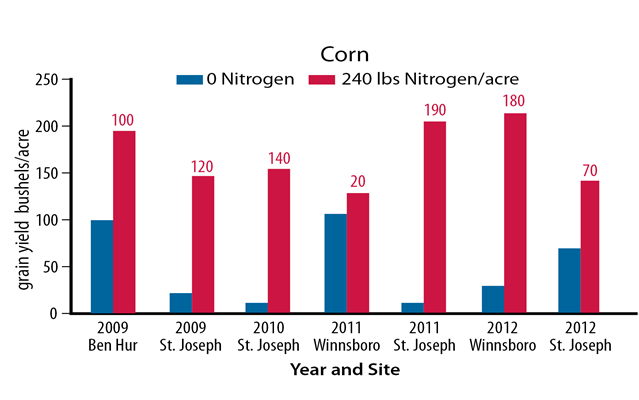 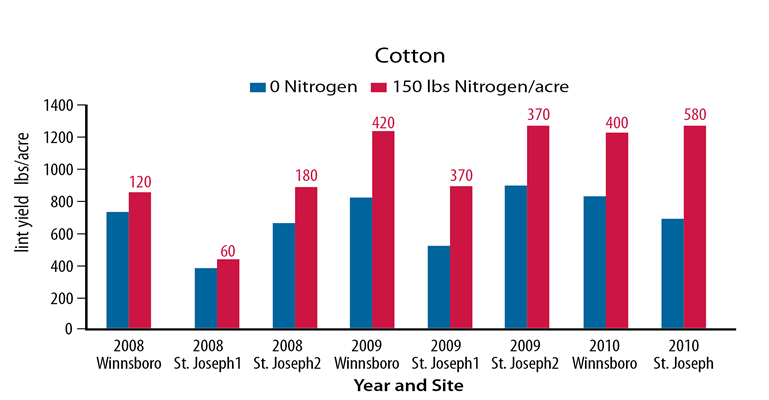 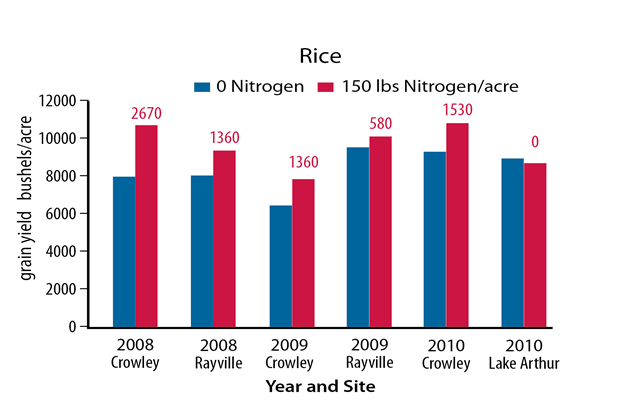 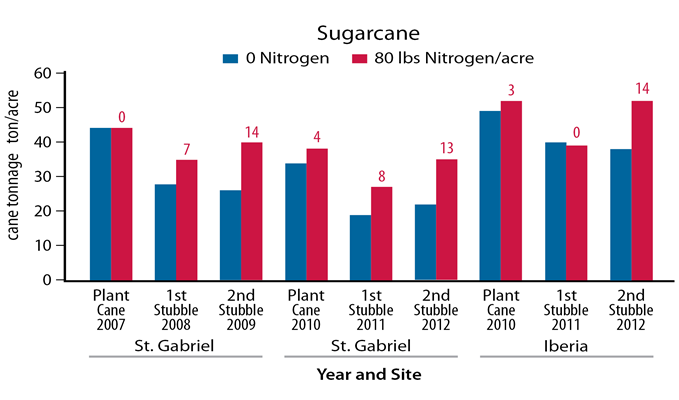 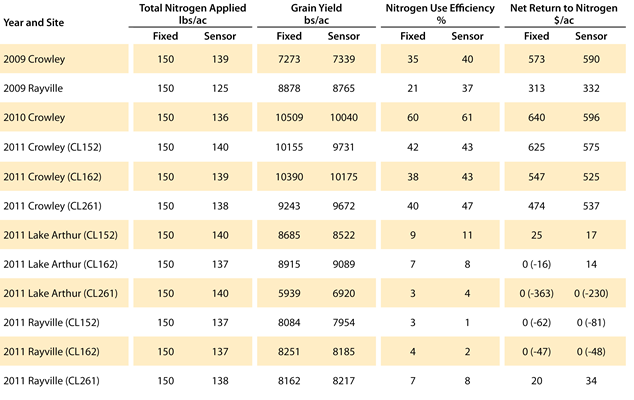 More research effort and time have been devoted to understanding nitrogen dynamics than any plantessential nutrients in the soil. Plants require large amounts of nitrogen to produce amino acids, enzymes, proteins and most important chlorophyll, which harvests sunlight energy for plant use. Plant dry matter contains between 1 to 5 percent nitrogen, thus there is high demand for nitrogen to ensure normal growth and function in a plant.

Producers devote significant investments for nitrogen fertilizer. It is mistakenly perceived that applying a high rate of nitrogen ensures high crop yield and productivity. Some producers apply in excess of crops’ nitrogen requirement to replace the amount of nitrogen that is expected to be lost through leaching, runoff and gas volatilization. This seems logical if maintaining high yield is the only goal. But this entails some major drawbacks.

However, even if the nitrogen fertilizer is inexpensive, the practice of applying extra nitrogen could lead to yield reductions because of increased lodging and delayed plant maturity. Profitability also is reduced due to extra costs for controlling pests and applying growth regulators. Most important, excessive nitrogen fertilizer on agricultural land poses threats to the environment and human health.

The consequence of mismanaging nitrogen fertilizer is costly from production, economic and environmental perspectives. This is why developing effective nitrogen fertilizer decision tools has been a continuous endeavor. In the soil, nitrogen quickly changes into different forms, most of which are not plant available. Thus, relying only on soil testing to predict crop requirements is not recommended. In addition, year-to-year variations in temperature and rainfall Figure 1. Yield of rice, sugarcane, cotton and corn with and without nitrogen fertilizer. Values in red are yield increases due to nitrogen fertilizer by site and year. influence both the amount of available nitrogen in the soil and crop performance. This means crop response to applied nitrogen can range from nothing to increasing yield level by several-fold.

In 2008, several LSU AgCenter soil scientists and agronomists initiated a concerted research effort to develop an optical sensor-based decision tool to assist producers in managing nitrogen fertilizer. With this approach, nitrogen recommendations are done instantly in the absence of soil and plant tissue tests. The GreenSeeker optical sensor measures the amount of red and near infrared light reflected from crop canopies and transforms the values into a green biomass index called the normalized difference vegetation index (Figure 2).

The normalized difference vegetation index readings range from 0 to 1. The readings approach 1 as plant biomass gets greener and larger; hence, plants are generally characterized as healthy. Collection of sensor data is fast, so they can be combined with a variable-rate applicator (Figure 3) that can sense and treat a crop on-the-go. With the guidance of an optical sensor, variable rates of fertilizer can be applied precisely as needed.

The first part of the research involved transforming the optical sensor readings into nitrogen recommendations and communicating this information to the variable-rate application system. In a nutshell, the process uses a series of equations to derive rate recommendations by projecting yield potential based on early-season optical sensor readings that represent nitrogen demand and then estimating the probability of crop response to nitrogen fertilizer based on available soil nitrogen.

In 2012, the validation studies were conducted on largescale field demonstration plots in several corn and cotton fields in Tensas and Madison parishes. The goal is to encour age producers to adopt this system on their farms to improve nitrogen use efficiency in cotton and corn production. Tables 2 and 3 summarize the results for the cotton and corn demonstration plots in 2012. Farmer’s standard represents the standard practice of the participating producers in terms of nitrogen fertilizer management. The sensor-based recommendation used the optical-sensing and variable-nitrogen application system. Cotton lint yield was slightly higher for the farmer’s standard than the sensor-based recommendation for both sites (Table 2). However, the savings from using lower rates of nitrogen fertilizer had a higher impact on net return for the sensor-based recommendation.

The outcomes of these studies documented not only the positive effects of sensor-based nitrogen recommendation in crop productivity but also the areas on which to focus and work for improvement.