Genetics and Management of Birds, Reptiles and Mammals 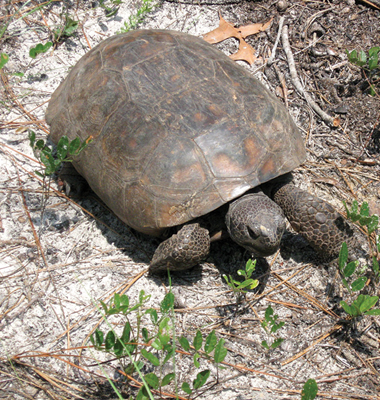 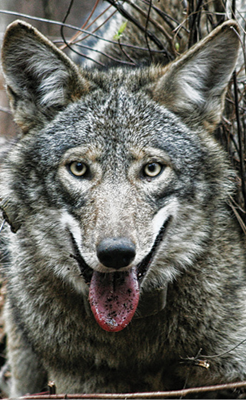 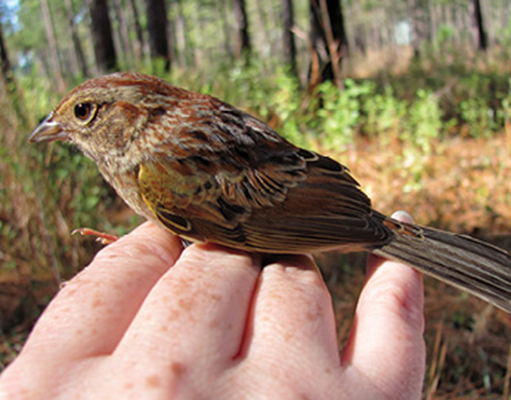 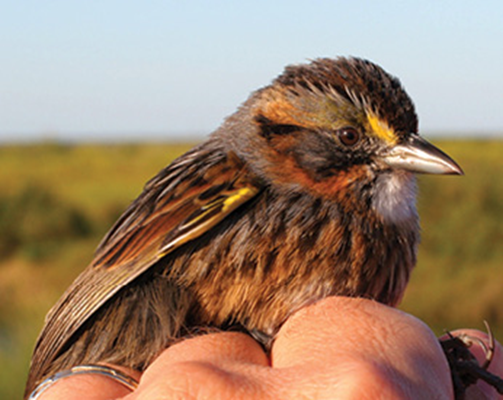 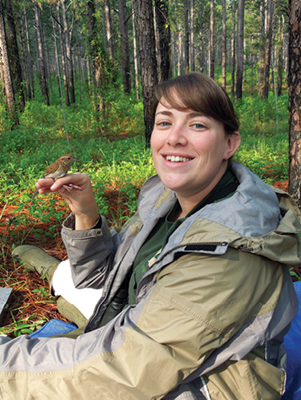 Blain Cerame, a graduate student in the School of Renewable Natural Resources, holds a Bachman’s sparrow. (Photo by Kia Williams)

In recent years the role of genetics has become increasingly important for the management of a wide variety of wildlife species. Every individual has several thousand genes with different functions as well as sections of DNA with no known function, which are known as neutral markers. By measuring genetic diversity at several of these genes or markers, scientists can determine whether a species has the potential to adapt to change and persist over the long term. Additionally, these measures can give managers insight into animal behavior, movement patterns, inbreeding and population structure. Here are some examples of genetic projects under way in the LSU AgCenter School of Renewable Natural Resources.

Bachman’s Sparrow
Bachman’s sparrows are a species at risk that live in longleaf pine habitat, a forest type once extensive in the southeastern United States. Since the early 1900s, most longleaf pine forests have been lost or fragmented. Consequently, Bachman’s sparrow populations have declined and become fragmented. Birds may have trouble dispersing and so may be prone to inbreeding because they can only find and breed with kin in the same fragment.

AgCenter researchers are using highly variable DNA markers to figure out the amount of gene flow among fragments, the amount of inbreeding within fragments, and whether a natural break in longleaf pine habitat caused by the Mississippi River and its surrounding bottomland hardwood habitat has caused birds on either side of the river to become distinct.

If gene flow among fragments is low and inbreeding is high, moving birds among fragments may be necessary to ensure high reproductive success and survivorship over the long term. Prior to genetic techniques, researchers were reliant on radiotags (tags that emit a frequency and allow researchers with a receiver to relocate individuals) or the recovery of metal leg bands to monitor dispersal, methods that are expensive and rely on detecting rare events. Genetic techniques, on the other hand, can reveal where a bird came from even if the bird isn’t caught in the act of dispersing.

Gopher Tortoise
Like Bachman’s sparrows, gopher tortoises are associated with longleaf pine habitat and may also be experiencing problems caused by barriers to dispersal, leading to inbreeding and reduced levels of genetic variation. AgCenter researchers are employing two advanced techniques to assess the impact that forest fragmentation may have had on the tortoises’ genetic health. The first is to measure genetic variation by using several genes that affect whether pathogens are detected and destroyed by the immune system. Although these genes can be technically difficult to sequence, high variation at these genes means that tortoises are resistant to a wider variety of pathogens. Using these genes to measure variation can provide information on the tortoises’ ability to overcome infections, such as a bacterial infection currently plaguing some populations.

The second approach is to use gopher tortoise specimens collected by museums to obtain DNA. This allows historic levels of genetic variation to be compared to present-day levels, which lets researchers assess which areas have lost genetic variation and pinpoint areas where gene flow has been interrupted by habitat fragmentation. Collectively, this information can be used to decide whether gopher tortoises should be moved among populations to create gene flow, an action that could simultaneously reduce problems associated with inbreeding and increase resistance to disease.

Seaside Sparrow
The 2010 Deepwater Horizon oil spill may have affected a number of species along the coast of the Gulf of Mexico, either through direct effects like oiling or indirect effects like the destruction of nesting habitat or contamination of prey. One potentially affected species is the seaside sparrow, a bird that is restricted to salt marsh habitat. As a top predator that feeds on insects, snails and small crabs, the seaside sparrow is often considered an indicator species of marsh ecosystem health.

AgCenter researchers are examining the response of these birds to oiled areas with standard field techniques like estimating population sizes and reproductive success. They are also assessing the activity of a gene that responds to the presence of toxins in oil. Genetic activity can reveal if any response is restricted to oiled areas or whether it is general throughout the salt marsh, as may be expected if the birds disperse widely or forage in both oiled and unoiled areas. This work includes a major effort in the field to find nests and mark birds with metal and colored leg bands, as well as state-of-the-art genetic techniques to examine gene expression and seaside sparrow dispersal.

Red Wolves
The red wolf is a federally listed endangered species that was removed from the wild in Louisiana and Texas, bred in captivity, and then returned to the wild in North Carolina. Since the release, coyotes have naturally expanded their range to North Carolina, and they have begun mating with red wolves. Hybridization between coyotes and red wolves is a concern because it can mean that coyote genes become incorporated into red wolf DNA to the extent that the identity of the red wolf is lost. Red wolves may be preferentially choosing coyotes as mates because other red wolves may be closely related, and wolves in general tend to avoid mating with kin.

AgCenter researchers are using genetic data to test whether red wolves avoid mating with close kin. The genes being used in the study produce proteins that are excreted in urine. Because wolves can potentially smell individuals that are genetically different, it may be a mechanism for mate choice. If red wolves do avoid mating with related individuals and breed with coyotes instead, managers may be able to supplement the wild red wolf population with minimally-related, captive-bred wolves to prevent hybridization and the possible loss of the red wolf species.

In summary, these and many other diverse projects have benefited from the application of genetic techniques. The collection of a simple tissue sample allows DNA to be examined at any number of genes, and by using a variety of statistical approaches, a broad range of questions can be answered including the degree of dispersal, mate choice, hybridization and population structure. Given their broad application, genetic analyses have become one of the most effective, practical and trusted ways of managing and protecting wildlife worldwide to secure species persistence over the long term.