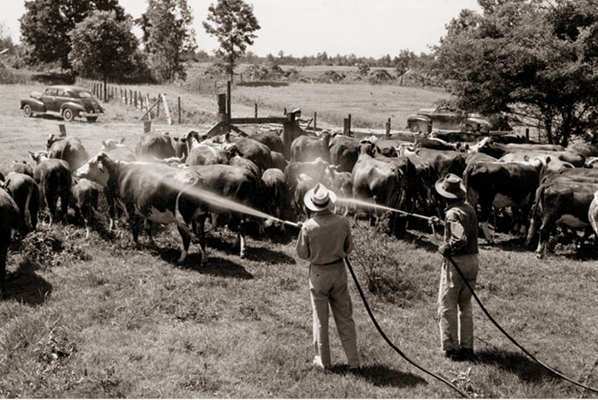 This photo looks to be from the 1940s, based upon the cars in the background. David Morrison, LSUAgCenter animal scientist, now retired, said this is the way cattle producers would rid their animalsof external parasites. The eradication of ticks was one of the first areas of research for the Louisiana Agricultural Experiment Station. In 1906, Congress appropriated funds that were to be matched by participating states. When the Louisiana Legislature failed to provide the money, cattle were classed as a crop and the tick as a crop pest so the appropriation of the state Crop Pest Commission could be used to continue the research and begin an eradication program. LSU professor Wilmon Newell advocated rotating animals in fenced pastures to eradicate the tick. Eventually, dipping cattle, horses and mules in a solution of white arsenic, caustic soda, sodium carbonate and pine tar in water was the method used to rid the state of the pest. The big campaign of eradication ended in 1936, but small infestations continued. Louisiana has been fever tick free since 1941. 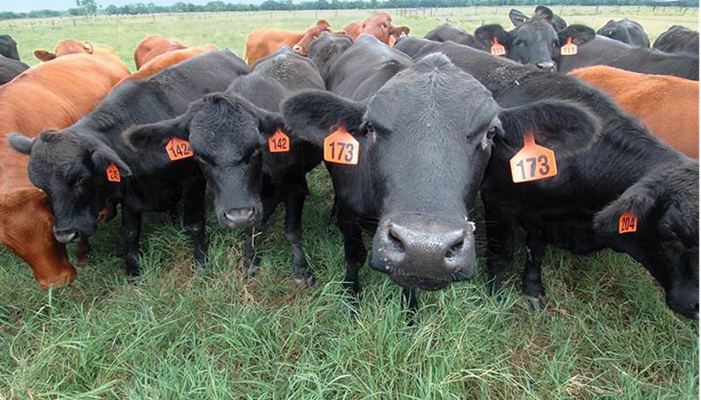 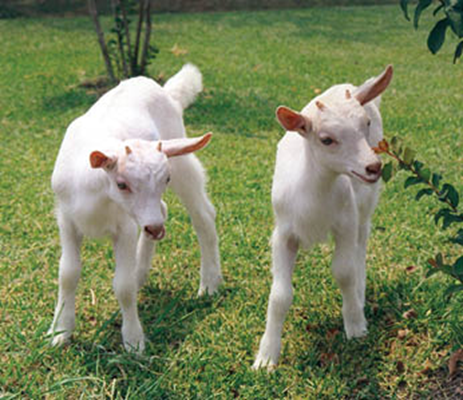 The world’s first cloned transgenic goats were born as part of a research program conducted by the LSU AgCenter and Genzyme Transgenic,now GTC Biotherapeutics. Although the goats made their appearance in 1998 at the Genzyme farm in Massachusetts, much of the research that developed them was done by Louisiana Agricultural Experiment Station scientists under the direction of Robert Godke, Boyd Professor in the School of Animal Sciences, now retired, and internationally known for his research in assisted reproductive technologies in animals. The transgenic goats produce a human anti-clotting protein in their milk. The goats pictured are transgenic and were born in 2003 as part of the research project. 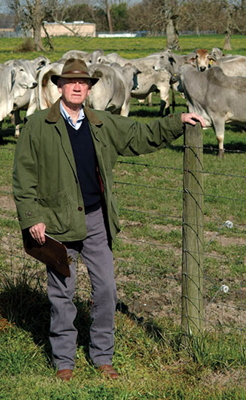 For nearly three decades beginning in the 1980s,Don Franke conducted crossbreeding researchwith the Brahman breed. More recently, hestudied the meat quality of purebred Brahmansteers and found that genetic markers can beused to identify those that will produce veryacceptable carcasses based on quality grade andtenderness. 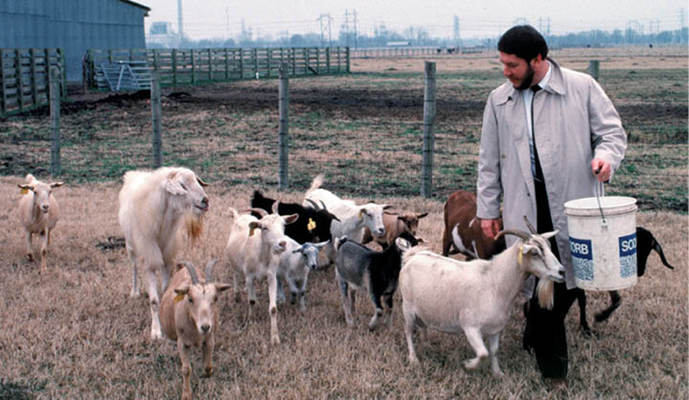 Louisiana Agricultural Experiment Station scientists began work in the early 1980s on embryo and gamete biotechnologies using a variety of farm animals including goats. Robert Godke led the assisted reproductive biology research until his retirement in 2010.

Cattle research in Louisiana has a long and storied past, and it’s only fitting since some of the first Brahman cattle brought to the United States ended up in Louisiana.

In 1854, the British government presented two Brahman bulls to sugar and cotton farmer Richard Barrow of St. Francisville, who had helped teach cotton and sugarcane production to British officials establishing those crops in India. The Barrow cattle would achieve recognition, and their fame would soon spread around the globe. As early as 1860, Brahman cattle that probably originated from the Barrow cattle were shipped to Texas.

The Brangus breed was developed around 1932 from Angus and Brahman cattle by U.S. Department of Agriculture scientists at the Livestock Experiment Farm, later to become the Iberia Research Station in Jeanerette. Brangus cattle are 3/8 Brahman and 5/8 Angus. After the USDA work, a group of individuals used the data and produced the commercial line of the Brangus breed. From that combination, several others were developed including Braford, Santa Gertrudis and Beefmaster.

Morrison said the LSU AgCenter has made huge contributions to the field of assisted reproductive technology. Beginning in the 1970s, animal scientist Robert Godke led efforts in reproductive biology that resulted in groundbreaking research on embryo transfers, enabling owners of high quality cows to obtain several calves from the same mother.

The work of John Chandler enabled cattle producers to get a better idea if their bulls are more likely to sire male or female calves.

In the field of cattle nutrition, the LSU AgCenter has had a significant impact on forages and grazing management, Morrison said.

Morrison said he was part of a team that worked on a body condition scoring system to help determine if cows are healthy enough for breeding.

Cattle research is expensive because large numbers of cattle are needed to obtain results and because cows are only able to have one calf per year. Multiple locations are necessary to get a more comprehensive picture for a research project, and he said a discovery is usually based on data and findings from several previously conducted studies. “One study leads to another and another study before you get an answer,” Morrison said.

Sid Derouen, LSU AgCenter cattle researcher, said studies have been conducted by LSU AgCenter professors to find out if other tropically adapted breeds are suitable for Louisiana. So far, no strong alternatives to the Brahman have been found, he said.

“The goal has been to replace some of the Brahman to get more tenderness,” Morrison said. “That research still has more potential.”

Derouen said research can be credited for helping producers raise calves that are bigger and healthier than 30 years ago. “Our production has increased, and the major part of that has been the research.”

Derouen said future research will focus on the core issues of breeding, nutrition and food safety.

Guillermo Scaglia, LSU AgCenter cattle nutritionist, said research will stress efficiency. “The focus is on trying to make the whole industry more efficient in its use of resources. We need to be more sustainable in our production system.”