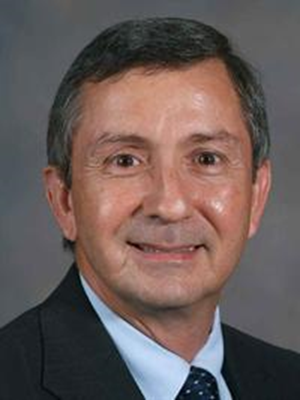 Agriculture in Louisiana is an intricate tapestry whose richness is rivaled by few other states. Our broad array of agricultural enterprises ranges from the traditional to the regionally unique – from soybeans and corn to rice and sugarcane, from beef and dairy to alligators and turtles, and from catfish to crawfish and oysters. This complex fabric of agricultural production systems, along with the resultant challenges that arise from these systems, has been the driving force behind agricultural research in our state for 125 years. We are extremely proud to celebrate our quasquicentennial anniversary of service by releasing this special edition of Louisiana Agriculture.

This commemorative issue will capture in broad strokes some of the major research milestones accomplished by the Louisiana Agricultural Experiment Station. Beginning with the grower-focused Audubon Sugar School in New Orleans in 1885 and continuing all the way through development of the industry-changing herbicide-resistance trait that would become Clearfield rice, our experiment station scientists have marched to a single, simple drumbeat – identify production constraints, develop and implement solutions, and enhance profitability of Louisiana’s agricultural enterprises. This formula has helped define 125 years of agricultural research success in Louisiana.

Such a history of success would not be possible without some key ingredients, foremost of which are Louisiana’s many organized producer groups. From the earliest sugar producers who sought help with cane production and processing to today’s rice farmers who sought help with red rice control, Louisiana’s producer groups are among the most engaged and supportive that you’ll find. Over the years these groups have evolved into effective partners for our scientists, providing not only guidance regarding their most pressing research needs but also support, both direct and indirect, that has made many of these advances possible. My hat is off to these producer groups – both to the current leaders and to the original trailblazers on whose shoulders they stand.

None of these successes would be possible without the visionaries who fueled a national discussion on the need for applied agricultural research in the late 1800s, which resulted in passage of the Hatch Act in 1887, authorizing federal funds to be distributed to state experiment stations. The allotment back then was $15,000 per year per station. To these leaders and their contemporary successors we owe a continuing debt of thanks. The past 125 years are a testimony to what can be accomplished when engaged producers, scientists and legislators partner for the common good.

As director of the Louisiana Agricultural Experiment Station, I have the daily privilege of viewing portraits of my predecessors and considering the challenges they overcame to build our organization to its current size and scope. Beginning with W.C. Stubbs in 1887, these directors have led our research efforts through times of economic prosperity and hardship, two World Wars and the Great Depression. Despite these daunting circumstances, these leaders demonstrated the vision, courage and determination to advance the mission of agricultural research against what must have seemed at times like insurmountable odds. They succeeded, and their accomplishments formed a solid foundation on which future directors could build.

For 125 years, the Louisiana Agricultural Experiment Station has worked steadily to develop the best use of natural resources, conserve and protect the environment, and enhance development of existing and new agricultural enterprises, thereby enhancing the quality of life for all Louisiana citizens. We are proud of our heritage. Bring on the next 125 years!

Read more about the Hatch Act.