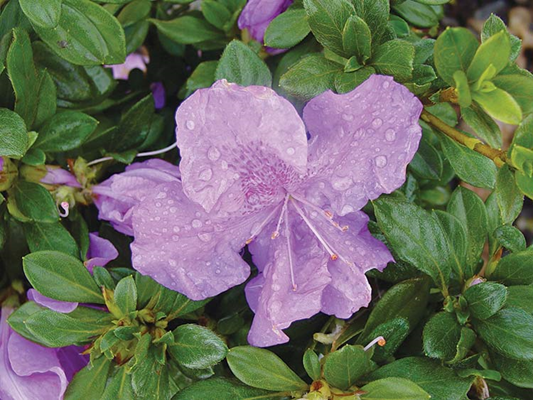 Autumn Lilac is the newest of the 24 varieties in the Encore azalea collection. 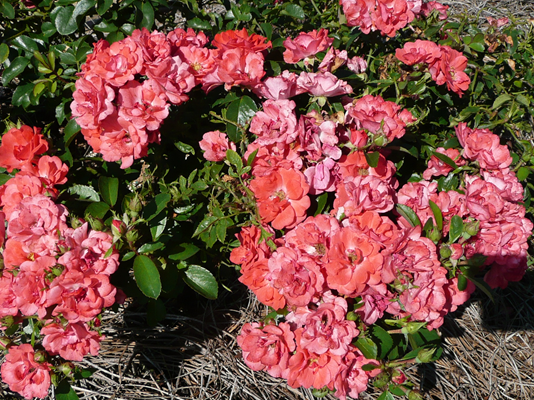 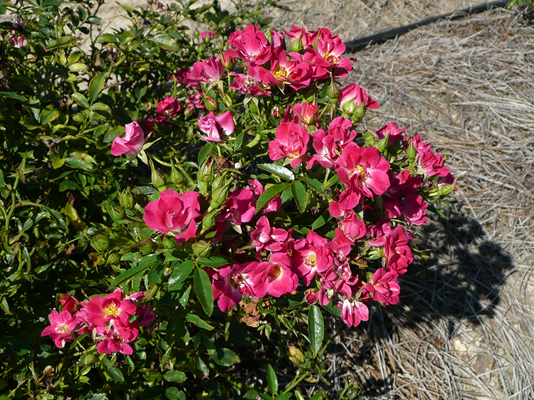 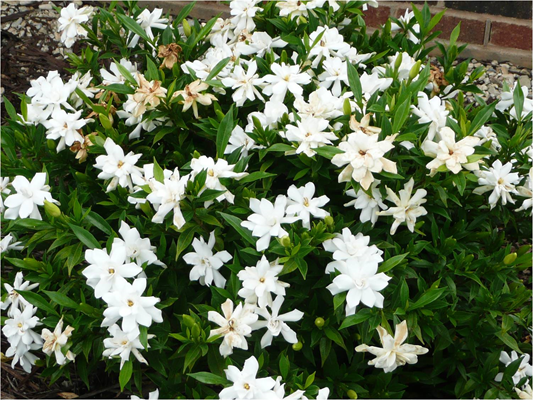 Frostproof gardenia is the best variety for landscape use in Louisiana. 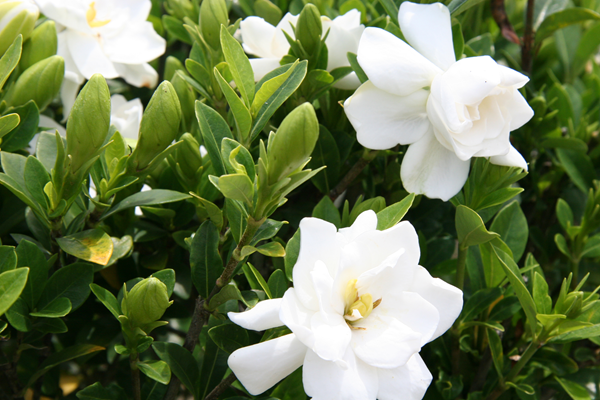 New gardenias
One of the newest shrubs being marketed in Louisiana is Frostproof gardenia, a plant that home gardeners should start enjoying. Frostproof is widely used by landscape professionals.

This gardenia is much improved over other gardenia varieties. Its characteristics include fast growth, site adaptability and suitability to poorer growing conditions – all improvements over August Beauty, Mystery and dwarf varieties. Frostproof initially was propagated in the Forest Hill, La., area and has now become distributed across the entire southeastern United States. It reaches a mature height of 5 feet with a spread of 4-5 feet. Homeowners can plant this variety for a low-maintenance, good-performing gardenia – which has not been common in the last few years.

Another new gardenia is Jubilation. This variety is being promoted in the new Southern Living plant program and has performed well in LSU AgCenter evaluations. Jubilation has compact growth and will mature at a height of 4 feet with a 3- to 4-foot spread. It has good re-blooming potential.

Most loropetalums have purplish to burgundy foliage seasonally and pink or fuschia-colored flowers in the spring about the time azaleas finish blooming. The unique foliage color of Purple Diamond lasts year-round. This variety reliably blooms for 4-6 weeks in midspring and sometimes blooms to a lesser degree in late summer.

These plants have being evaluated for flowering, cold hardiness and disease resistance at the LSU AgCenter Burden Center in Baton Rouge and the Hammond Research Station in Hammond. The series features five varieties, and Cherry Dazzle (cherry-red flowers) has the longest bloom time and is the most vigorous grower.

Snowcap, a new patented variety, is a dependable shrub with a dense habit and clean, dark green foliage, which is disease-free and turns burgundy as the weather turns cooler.

The best pink-flowering Indian hawthorn continues to be Eleanor Tabor, which is reliably free of fire blight and Entomosporium leaf spot – two major disease problems common to these popular plants.

Drift roses are a cross between fullsize groundcover roses and miniatures. From the former they kept toughness, disease resistance and winter hardiness. From the miniatures, they inherited their well-managed size and repeat-blooming nature. The low, spreading habit of Drift roses makes them perfect for small gardens and combination planters.

They are available in Coral, Pink, Red and Peach – all varieties being evaluated in LSU AgCenter plantings at the Hammond Research Station and Burden Center. Pink has been the best landscape performer, followed by Peach, Coral and Red. New colors for 2010 are Apricot and Sweet.

Carefree Celebration is similar to the Knock Out rose varieties; it stays in almost continual bloom from late March/ early April until the first killing frost. Blackspot and Cercospora leaf spot disease are very limited on this variety.

Encore azaleas
Encore azaleas are the most widely known of the multi-seasonal- blooming azalea varieties. These plants were developed by Robert “Buddy” Lee of Independence, La., and are marketed by Plant Development Services Inc. of Loxley, Ala. Several wholesale nurseries grow Encore azaleas in Louisiana.

These plants are marketed as “the azalea that knows no season.” They are reliable for spring, summer and fall bloom in Louisiana. Bloom time each year can vary from three to four months and up to eight months.

The newest Encore azalea is Autumn Lilac, which will debut in 2010. All Encore azaleas are on display in the Margie Jenkins Azalea Garden at the LSU Ag- Center Hammond Research Station. They are being evaluated for growth habit, flowering, lace bug resistance and overall landscape performance.

Allen Owings, Professor, Hammond Research Station, Hammond, La. (This article was published in the winter 2010 issue of Louisiana Agriculture.)
3/4/2010 2:14:11 AM
Rate This Article: