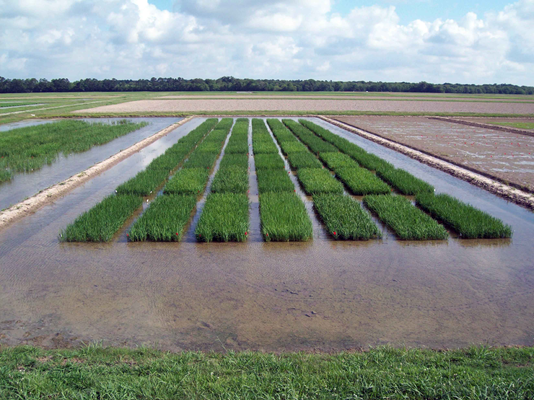 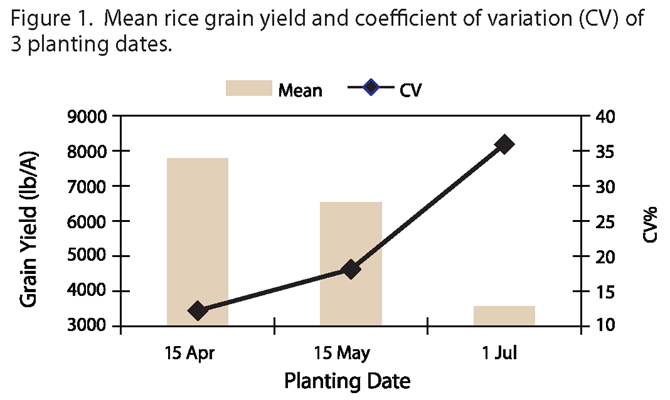 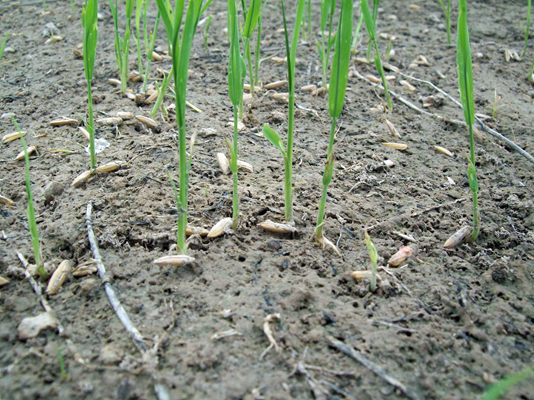 One of the first and most important decisions Louisiana rice producers face during the growing season is when to begin planting their rice crop. Many variables are factored into this decision, including variety selection, seeding rate and method, and weather conditions. The choice of planting date will have a season-long effect on the rice crop, and ultimately, on grain yield.

Planting dates represent complex environments that include both static (soil type, latitude, etc.) and dynamic (soil and air temperature, soil moisture and fertility, etc.) factors. Confounding this is that the dynamic characteristics of planting dates are not always consistent from year to year.

Researchers at the LSU AgCenter’s Rice Research Station have historically conducted annual date-of-planting studies to determine the optimum window for rice planting. In these studies, several commercial varieties and a range of planting dates from February (too early) to July (too late) are evaluated. Traditionally, average grain and milling yields have been used to identify the optimum planting dates. While mean yields are an important part of the equation for identifying the best planting date, they do not address the variation associated with each date. An estimate that quantifies the variability among varieties at a given date could be a benefit for rice producers.

An ideal rice variety could be defined as one that performs consistently across years, geographic locations and planting dates. Measuring the variation associated with varieties across planting dates can aid in the selection of desirable, widely adapted varieties or those that provide the most flexibility in a difficult-to-characterize planting window.

Yield and Stability
A second objective of the study was to evaluate rice varieties when planted across a range of dates. Based on rice grain yield alone, Jupiter was the best variety, but it was relatively unstable with a CV of 32.3 percent, the second highest in the study. A high CV suggests that grain yield was very high for some planting dates, but significantly lower in others. CL161 exhibited superior rough rice yield, and with a low CV, it consistently provides high yield potential regardless of planting date. Also, CL161 was the best variety for whole-kernel milling yield, both in terms of mean performance and stability. When it is necessary to plant on the early or late end of the planting window, CL161 would be a good candidate. Based on LSU AgCenter research, the ideal planting date in southwest Louisiana for high grain and milling yields should be April 15 or earlier, which is in agreement with the currently recommended planting window of March 15 to April 20. This planting date exhibited the highest yield potential and excellent milling quality and was consistent for all varieties included in the study.