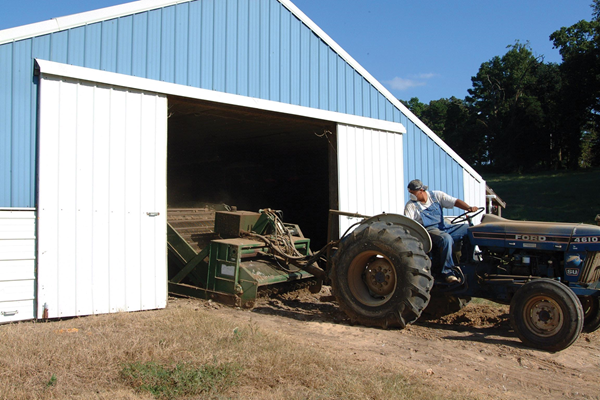 Removing litter from a poultry house creates a disposal situation for growers. (Photo by John Wozniak) 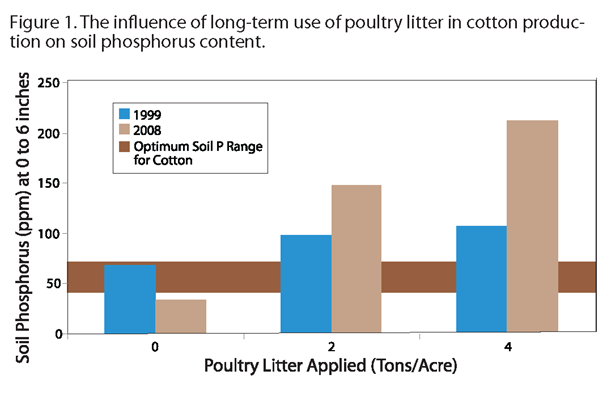 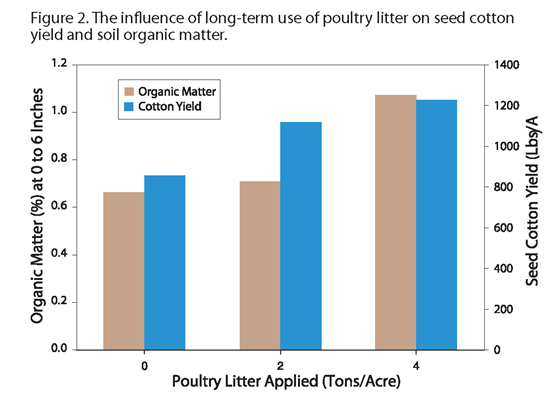 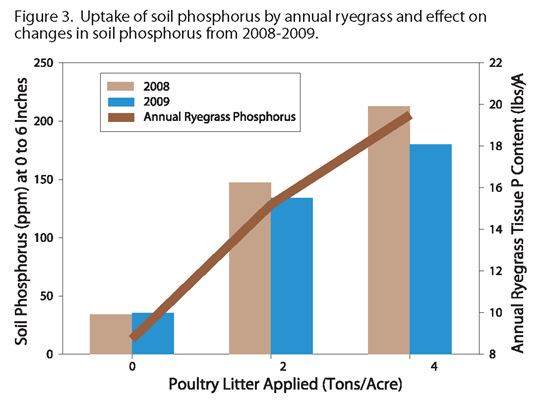 Poultry production is the largest animal agricultural industry in Louisiana with a gross farm value in 2009 of $450.8 million and an industry value-added total of $432.8 million, ranking it second to forestry in total income production from statewide agricultural commodities. Approximately 2,000 poultry houses in Louisiana collectively produce nearly 200,000 tons of poultry litter annually. Poultry litter consists of both poultry manure and the bedding material – usually sawdust, wood chips or rice hulls. Although litter is  considered a waste byproduct, it contains beneficial plant nutrients – including nitrogen, phosphorus and potassium – and, therefore, can be used as an organic fertilizer.

The fertilizer nutrient content of poultry litter varies depending on the source, moisture and bedding material content. A recent survey of the nutrient content of litter from several poultry houses in Arkansas showed that, on average, each ton of litter on a dry weight basis contained 36 pounds of nitrogen, 40 pounds of phosphorus and 42 pounds of potassium. When applied to soil, it is also a source of organic matter and can improve soil physical and chemical properties that contribute to buffering, water-holding capacity and erosion resistance.

Poultry litter is an excellent alternative source of plant nutrients if it is used correctly. Studies in Arkansas show the amounts of phosphorus and potassium in each ton of litter are more than the amount of nitrogen, which is fairly typical. If poultry litter is applied based on the nitrogen requirements of a crop, the amount of phosphorus applied can exceed crop needs. After the plant has taken up all it needs and the soil has absorbed its capacity, the phosphorus that remains in the soil is susceptible to loss in runoff, potentially winding up in nearby water bodies and contributing to algal growth and eutrophication – or nutrient enrichment.

In 1998 and 1999, researchers at the LSU AgCenter’s Red River Research Station in northwest Louisiana near Shreveport conducted a study to determine the benefits of using poultry litter as an alternate nutrient source for cotton production and to assess the environmental impact of this practice on soil phosphorus accumulation. Three rates of poultry litter – zero, 2 and 4 tons per acre – have been applied annually since the beginning of the study. The study also was designed to compare the influence of conventional and conservation tillage practices on runoff water quality, but only the conservation tillage results will be discussed here.

Each year, poultry litter is obtained from a local poultry producer and analyzed for nutrient and moisture content. It is applied to replicated plots of 12 40-inch rows 445 feet long and then incorporated into the soil. Cotton is planted within one to two days following litter application. Each spring soil samples from each plot are collected and analyzed for chemical properties, including phosphorus content.

One way to manage excess soil phosphorus that results from using poultry litter is to alternate cotton with a crop that is effective in moving phosphorus from the soil into plant tissue and then removing that plant tissue from the field.

Rotation crops such as corn have been investigated, but corn is only partially effective because only the grain is removed, leaving much of the phosphorus returned to the soil in remaining plant tissue. Annual ryegrass grown during the winter and harvested and baled for hay is a better choice because most of the above-ground plant tissue is removed along with much of the phosphorus that plants have extracted from the soil over the winter.

This study will be continued to determine the extent to which annual ryegrass can be used as a management practice with poultry litter to reduce phosphorus in the soil and to avoid a negative environmental impact from excessive phosphorus in runoff water.

(This article was published in the spring 2010 issue of Louisiana Agriculture.)