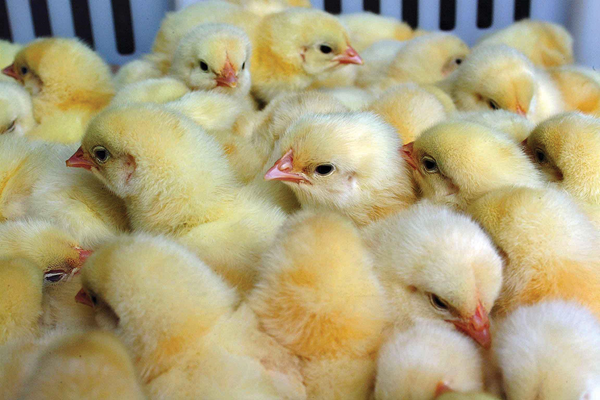 Phosphorus is an essential nutrient for plants and animals and is critically important to poultry production. Most of the phosphorus in broiler diets, however, is in the form of phytate. This form of phosphorus is not digestible by broilers and results in a high level of phosphorus in broiler litter. There is concern locally and worldwide regarding the amount of phosphorus released into the environment from the waste of commercial poultry production. This concern arises from the fact that phosphorus contributes to the nutrient enrichment – or eutrophication – of water. This enrichment of surface waters by plant nutrients is a form of pollution that restricts the potential use of affected water. This problem has led to vigorous research to reduce the quantity of phosphorus in poultry litter. The phosphorus in phytate in broilers diets can be made available to broilers by a feed additive known as phytase.

Researchers are in general agreement that the supplementation of phytase in the broiler diet can replace approximately 0.1 percent of dietary phosphorus. However, the data are inconsistent as to the effect of phytase on the soluble phosphorus concentration in litter runoff water during rainfall. This is a major concern because the soluble phosphorus in the litter is readily available to aquatic plants and is often considered the key factor contributing to accelerated eutrophication of surface waters. Furthermore, no research has used low-phosphorus diets with phytase to simulate a commercial situation where litter is reused for consecutive groups of birds. Therefore, the objectives of this research were to investigate how lowering the phosphorus concentration and adding phytase to the diet would affect growth performance, bone strength and phosphorus in broiler litter in a four-period feeding program.

An experiment was conducted and repeated four times with 7,840 commercial broilers. At hatching 1,960 chicks were assigned to four treatments, each lasting 50 days. The broilers were housed in 5-foot by 10-foot pens at the LSU AgCenter Poultry Farm. Each pen contained 5 inches of fresh litter for the first trial. Litter was raked and a topdressing of fresh litter was applied before the start of each of the remaining three trials. For each trial, the same pen was re-used for each treatment, and the litter was not removed between trials. Commercial conditions were used throughout the study.

One group of broilers was fed a control diet during four growth periods – starter, grower, finisher and withdrawal. The second group was fed a low-calcium-and-phosphorus diet with a 0.05 percent reduction in nonphytate phosphorus in each period. The third and fourth groups were each fed one of these two diets supplemented with phytase.

At the end of the experiment, all birds and feeders were weighed to determine weight gain, feed intake and feed efficiency. Also, selected broilers in each pen were evaluated for bone strength, which is measured by determining the amount of weight necessary to break a leg bone lying on its side. Finally, at the end of the experiment, litter was collected and analyzed for total phosphorus and soluble phosphorus.

The overall growth data indicate that phytase supplementation decreased final body weight by 1.6 percent compared with broilers not fed phytase; this decrease was greater in the broilers fed the control diet with phytase (Figure 1). The low-calcium-and-phosphorus diets did not affect growth performance. One explanation for the decrease in growth performance for broilers fed phytase could be that the increase in availability of amino acids and metabolizable energy from phytase in these diets was not realized. Also, because the decrease was greater in broilers fed the control diet, the higher level of phosphorus in these diets might have inhibited the enzymatic action of phytase.

These data indicate that a 0.05 percent reduction in phosphorus and calcium from the control phosphorus levels in the starter, grower, finisher and withdrawal periods had no negative effect on overall growth performance but decreased bone strength in the finisher and withdrawal periods. Phytase supplementation at the level tested reduced growth in the grower period but had no negative effect on bone strength during any period. Also, phytase reduced the total phosphorus concentration but did not affect the quantity of soluble phosphorus in the litter.

(This articles was published in the spring 2010 issue of Louisiana Agriculture.)