Creeping Rivergrass in Louisiana Another Menace to Rice 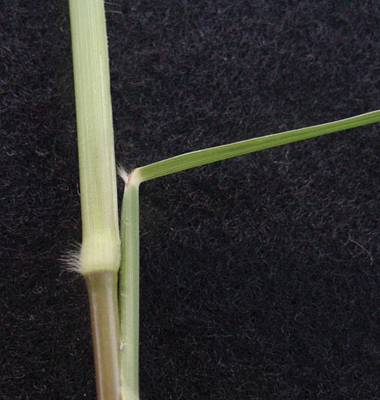 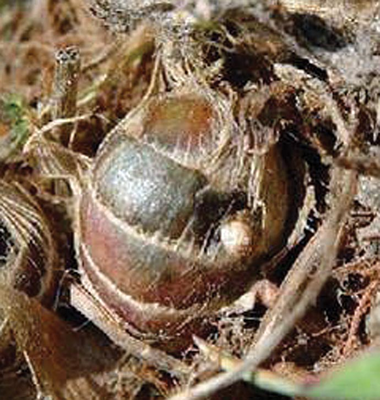 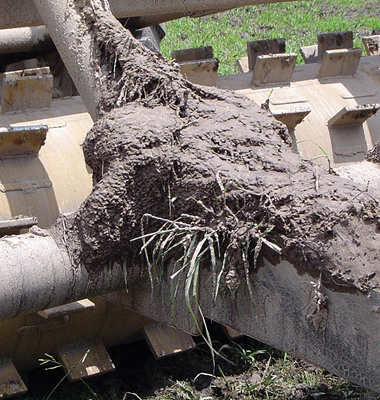 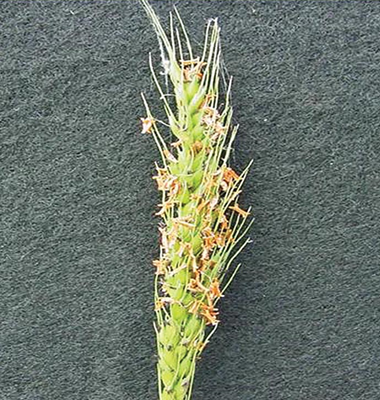 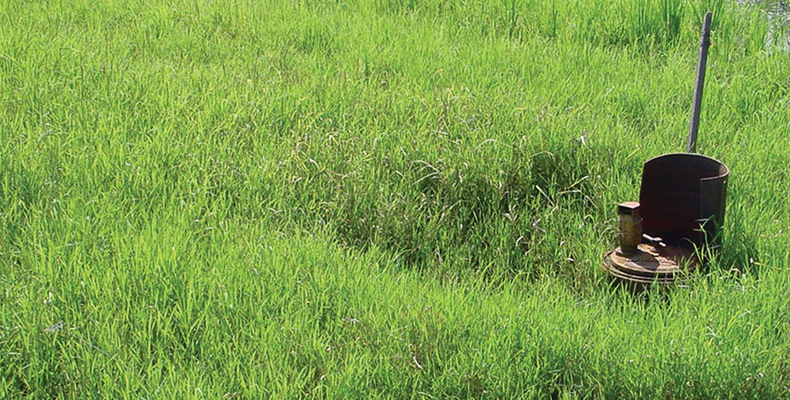 Pure stand after many herbicide applications.

Creeping rivergrass is an aquatic perennial grass that affects approximately 10,000 acres of rice in Acadian, Vermilion and Jefferson Davis parishes in south Louisiana. It had only been observed in Plaquemines Parish before 1993. Locally, it is also known as perennial barnyardgrass and waterbermuda. It is a native of Central and South America and is known to invade and choke out other native plant stands in seasonally wet and tropical wetlands. It has been found surviving in water up to 15 feet deep in the Amazon floodplains, where most other native species cannot survive. Creeping rivergrass is efficient at assimilating nutrients from water and soil and has been documented to grow 10 inches in a day.

The ability of creeping rivergrass to use nitrogen and other nutrients efficiently allows it to produce large amounts of dry matter, up to 44 tons per acre. Because of its extraordinary dry matter production, it has been used as a forage in ponded pastures in the Pacific Islands, Brazil and Australia. Unfortunately, after a commercialized variety was released in Australia for ponded pastures, creeping rivergrass quickly became a problem and was deemed a potential invasive species.

Creeping rivergrass has the potential to become a big problem for south Louisiana. The sub-tropical climate in south Louisiana supplies adequate rainfall and a long growing season for the tropical grass, and the mild winters allow the grass to survive year-round. A rice-crawfish rotation production system provides an excellent environment for creeping rivergrass. Many rice fields in this system are drained only for rice harvest and then re-flooded for crawfish production. Therefore, some fields remain flooded 11 months per year. Even if the field is not used for crawfish production, the large amounts of rainfall are enough to sustain the grass. To complicate matters, creeping rivergrass cannot be controlled with herbicides alone.

Because little research has been conducted on creeping rivergrass in rice production, a study was initiated in 2006 to gain a better understanding of growth habit, competition with rice and possible control methods using both cultural and chemical practices. Creeping rivergrass mainly reproduces vegetatively from nodes on the stems (Figure 1) or nodes on the crown (Figure 2). It is believed to be spread mainly through irrigation ditches, canals and contaminated equipment (Figure 3). It produces a seedhead (Figure 4), but preliminary studies found that average seed production was less than one seed per head and that seed viability was 70 percent to 80 percent. The results from these studies indicate that integrated pest management is the best approach to managing this weed.

The first step in this integrated approach is adjusting planting date. Vegetative germination is reduced at temperatures below 70 degrees. In fact, germination is reduced from 50 percent to 90 percent at temperatures in the low 50s to the mid 60s. In south Louisiana approximately 50 percent of the rice is planted by the first week of April, during which time the average daily temperature is in the mid to upper 60s. Fields infested with creeping rivergrass should be planted earlier to take advantage of reduced germination during lower temperatures. An earlier planting date will allow rice to gain a competitive advantage over creeping rivergrass.

The next step involves rice seeding rate and establishment of a uniform stand. Research indicates that employing the higher end of the recommended rice seeding rates can reduce growth of creeping rivergrass. With higher seeding rates the growth rate and dry matter accumulation can be reduced approximately 50 percent. If creeping rivergrass dry matter is reduced, the total number of nodes is decreased, which can effectively reduce future populations of creeping rivergrass because it reproduces mainly vegetatively. Drill-seeding of rice, which is sowing on dry land with drill-seeding equipment, ensures a more uniform stand than water-seeding rice, which is the aerial seeding of rice into flooded fields. Some rice producers in south Louisiana, however, must water-seed to prevent other pest problems in rice.

In biology studies conducted near Crowley, La., creeping rivergrass displayed aggressive growth habits, growing up to 7 inches per day with no competition from rice. In these studies 4-inch, single-node creeping rivergrass segments were planted in rice at a density of 1 plant per square yard, along with rice planting rates ranging from zero to 100 pounds per acre. See Table 1.

Although the use of a preemergence herbicide has little effect on controlling creeping rivergrass, it helps ensure rice a clean seedbed. This allows the rice to gain a competitive advantage over creeping rivergrass by reducing other weeds that may impede early rice growth.

An integrated approach is the most effective management strategy for controlling creeping rivergrass. This weed has shown the ability to invade areas similar to those found in south Louisiana. Care should be taken to keep creeping rivergrass isolated in the rice-growing areas of south Louisiana to prevent this weed from expanding into the state’s valuable swamps and marshes as it has done in the Amazon flood basin.

(This article was published in the winter 2009 issue of Louisiana Agriculture.)