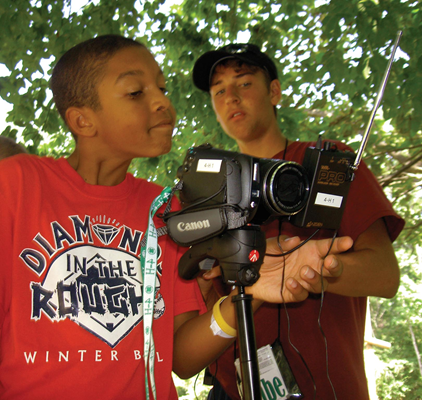 Photo of youth with blastoff 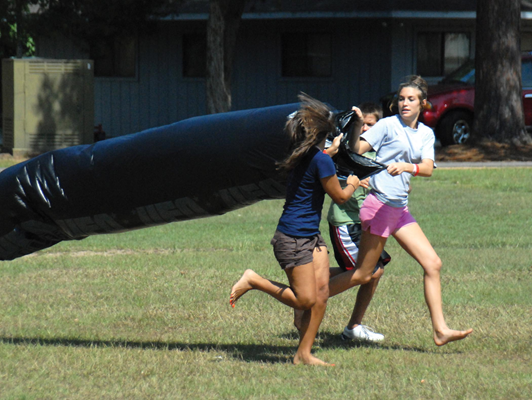 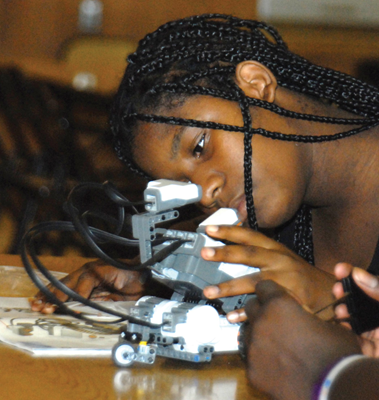 The LSU AgCenter Louisiana Outdoor Science and Technology (LOST) Camp is a 4-H program aimed at encouraging seventh and eighth grade students to consider careers in science and technology.

“We’re trying to show them that science can be fun, and you can make a living at it,” said David Boldt, LSU AgCenter 4-H youth development instructor.

The camp is divided into tracks, and these have been slightly different in the two years of the camp. Boldt said the 2010 LOST Camp will include a track on biofuels.

He said the United States lags many nations in college graduates who obtain degrees in science and engineering fields.

“Our camp is part of a national trend in 4-H to steer more kids into science and engineering as a career choice,” Boldt said. “The aim is to help change that disturbing trend.”

In addition, campers get a taste of outdoor skills, such as riflery, shotguns, archery and fishing. This year, the shooting sports were held on new ranges built at newly acquired property for the camp. An additional benefit of the camp is the leadership skills developed by Junior 4-H leaders who help the campers, Boldt said.

The camp also is a way of filling a gap for middle-school students. Regular summer camp is aimed at 4-H Club members in grades 4-6. And 4-H University, another annual event held in mid- June, is for high school students.

The cost for LOST camp is only $110, and scholarships are available. Up to 300 youth can participate each year. Randy LaBauve, an assistant specialist in the LSU AgCenter Communications office, taught the video course, but he said he benefited from the experience, also.

“Their excitement and creativity gave me new production ideas and energized me as well.” LaBauve said he was surprised with their creativity and their willingness to work.

“On several occasions, several counselors and I had to send the campers away after the class had ended for the day because they wanted to stay and keep editing video,” he said.

LaBauve said he was impressed with their ability to learn how to operate new equipment and programs.

“They were excited to have the ability to use these tools to create a 1-2 minute video production that their team could be proud of. Six hours later, many of them were surprised and excited that they had accomplished this goal,” La- Bauve said.