Hydrothermal Processing of Plant Biomass for Petrochemical and Bioenergy Products 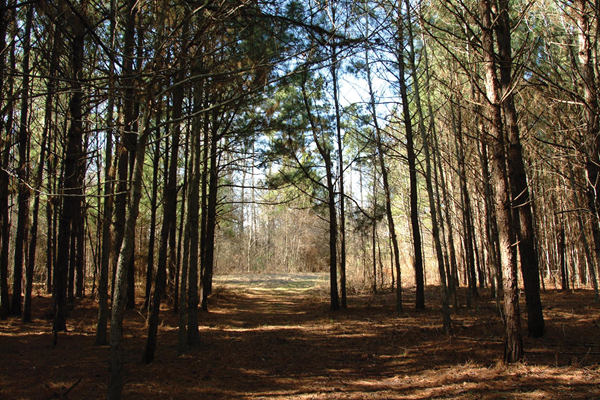 Through hydrothermal processing, plant biomass can be converted into energy and petrochemical products. Hydrothermal treatment involves a chemical reaction conducted in water, which has been heated and pressurized in the absence of dissolved oxygen. Water under these conditions has unusual properties, and a mixture of water and biomass can rapidly be transformed to a product that contains many of the long-chain hydrocarbons present in modern combustible fuels.

Hydrothermal conditions provide for reactions not achievable in other common treatment settings. Hydrothermal systems allow biomass conversions into industrially useful or energy-yielding chemical mixtures in configurations that allow for (1) recovering carbon, (2) detoxifying many polluting organic chemicals, (3) recovering elements, such as toxic metals, and (4) recycling heat and water in a closed-loop configuration. Previous hydrothermal transformation studies were generated under simple reaction conditions – the materials were mixed with tap water, sealed in a metal reactor vessel and treated in heated water under pressure, with no added reactants or catalysts. The intentions were to estimate gas-phase and semi-volatile hydrocarbon yields and identify the most abundant hydrocarbons generated in this process. Research has demonstrated the technical applicability of hydrothermal processing for a wide range of plant biomass types, including invasive plant species and preservative-treated wood waste, both of which have little or no economic value and represent enviromental and ecological problems.

Currently, most decommissioned, preservative- treated wood is disposed of in landfills. This option is neither environmentally friendly nor economically advantageous for those disposing large volumes of treated material – for example, the utility and telecommunication industries. Because nearly half of all southern pine is preservative-treated, it is important for Louisiana forest landowners that the wood-preservation industry remain solvent so forest landowners can obtain maximum value for their timber.

Research has looked extensively at the feasibility of hydrothermal processes to detoxify preservative-treated wood. The preservatives of interest have included chromate copper arsenate (CCA), creosote and pentachlorophenol (penta). LSU AgCenter researchers have found that during treatment, creosote-derived hydrocarbon residues in the wood were nearly completely recovered, and the wood itself was transformed into a mixture of hydrocarbons.

These wood-derived transformation products served to reconstitute the "light end" of the creosote, which largely had been lost via leaching while in service. Thus, the hazardous waste of the creosote-hydrocarbon mixture was recovered, and the solid waste wood was transformed into a complementary product mixture in a single pass. For the CCA- and penta-treated wood studies, wood particles were transformed into liquid and gaseous hydrocarbon mixtures irrespective of pH conditions and preservative.

It is cumbersome to segregate decommissioned, preservative-treated wood by preservative type. Therefore, a successful recycling method must accommodate mixtures of wood treated with different preservatives. Accordingly, research is looking at the technical feasibility of hydrothermal treatment of equal parts of wood treated with CCA, creosote and penta. The initial data have shown that during hydrothermal treatment, the creosote-derived hydrocarbon residues were recovered in the decommissioned, treated wood, and the wood itself was transformed into a mixture of industrially useful hydrocarbons. The metals from the CCA-treated wood were partially recovered, and some arsenic may have been transformed into a gas, which could be trapped and recovered. The penta was detoxified.

The hydrothermal process also generated industrially useful mixed hydrocarbons with a substantial reduction in mass. Thus, the preservative-treated wood was transformed into a liquid mixture that contains many products, of which some can be used for bioenergy and others for bio-based chemicals. It is important to note that this work was performed in large reactors heated with hot air in a muffle furnace. Hence, the incubation time was long. Current work with small reactors heated rapidly (under two minutes) has confirmed that hydrothermal reactions occur within seconds to minutes. .

Hydrothermal product mixtures from all three plants were dominated by compounds found in the top 100 industrially useful chemicals. Wet chemical analyses showed that a major difference between lemna and the other two plants was that lemna had significantly higher levels of extractives. This fraction accounted for much of the complexity in the post-hydrothermal treatment liquid of the lemna. For all hydrothermal treatments, the mass was reduced by 95 percent or more.

The tree investigated is the Chinese tallow tree. This species is extremely well-adapted to numerous environments, and no known diseases debilitate it. Also, it produces above-ground biomass at a significantly faster rate than most other tree species and is able to establish a dense stand quickly.

LSU AgCenter research has explored the potential of Chinese tallow tree components – wood, bark, leaves and seeds – as raw materials for bio-based chemical and energy production using hydrothermal conversion. Both whole and ground seeds were hydrothermal-treated. Ground wood/bark, leaves and seeds yielded similar aromatic compounds after treatment. Ground seeds yielded unique, minor byproducts and did not contain naphthalene, which was present in the other tissues. Whole hydrothermal-treated seeds yielded a material that resembled asphalt in appearance, odor and chemical properties but did not produce any phenol. In contrast, ground seeds did not yield any particulate matter and had substantial amounts of phenol. The hydrothermal treatment had a fairly neutral effect on energy content of the tallow seeds. The energy values of the tallow seeds are much higher than those typically reported for hardwood stemwood.

In recent years, AgCenter reserchers have documented the transformation of underutilized biomass into gas-phase and semi-volatile hydrocarbon mixtures in hydrothermal reaction systems. Hydrothermal systems can convert biomass into industrially useful or energy-yielding chemical mixtures in configurations that allow for the recovery of carbon as volatile and semi-volatile petrochemicals, the transformation of many polluting organic chemicals, the recovery of elements including toxic metals, and the recycling of heat and water in a closed-loop configuration.

These studies have documented efficiencies on the order of 90-99 percent, and the generation of salable and value-added volatile and semi-volatile compounds, including more than a dozen chemicals in the top 100 commercial petrochemicals.