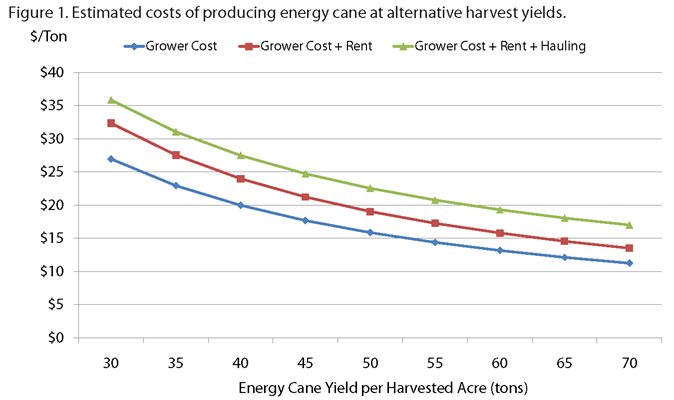 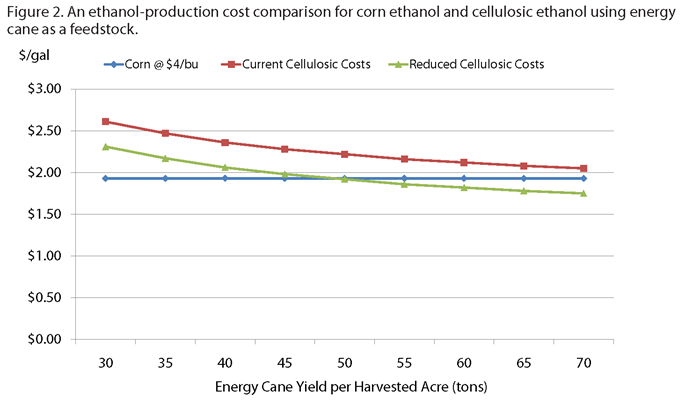 Tyler B. Mark, Michael E. Salassi and Michael A. Deliberto

The Energy Independence and Security Act of 2007 is a comprehensive energy-policy law passed by Congress with the primary purpose of increasing energy efficiency and the availability of renewable energy in the United States. A key provision of the act was the Renewable Fuels Standard, which established a modified standard of renewable fuel use in U.S. transportation fuels of 9 billion gallons in 2008 rising to 36 billion gallons in 2022. Of the 36 billion-gallon renewable fuel goal for 2022, 16 billion gallons are required to be "cellulosic ethanol."

Ethanol currently produced in the United States is made primarily from corn using conventional fermentation technology. Cellulosic ethanol is a biofuel that can be produced from a wide variety of feedstock plant materials – called biomass – including trees, agricultural crops and grasses. To reach these mandated levels of biofuel production, each U.S. region or state will need to produce the feedstock crop for which it has a comparative advantage.

Louisiana’s subtropical climate makes it an ideal location for the production of biomass. Louisiana has an average yearly temperature of 66 degrees, average precipitation of 64 inches per year and growing days ranging from 230 to 290 in the southern part of the state. Under these conditions, the state can produce a wide variety of energy feedstock crops, such as energy cane, switchgrass, miscanthus, sweet sorghum, woody crops, etc.

The infancy of the cellulosic ethanol industry, however, poses many unanswered questions. LSU AgCenter agricultural economists are evaluating the costs of producing energy cane, the competitiveness of cellulosic ethanol from energy cane given today’s technology and conversion processes, and the pricing of this crop by processors purchasing the feedstock from local producers.

In 2007, the Louisiana Agricultural Experiment Station, in conjunction with the American Sugar Cane League and the U.S. Department of Agriculture (USDA), released three energy cane or high-fiber cane varieties. These new energy cane varieties are to be feedstock for cellulosic-ethanol production facilities. The yield potential, in tons of biomass per acre, is much greater for these varieties compared with traditional sugarcane varieties grown for sugar production.

Production-cost budgets for energy cane were developed based on existing sugarcane production practices and were adjusted for projected yields per harvested acre as well as stubble crop duration. Current sugarcane production in Louisiana typically consists of four annual harvests of the planted crop before replanting is necessary. The first crop harvested after planting is referred to as the plant cane crop. The following three harvests are referred to as the first-stubble, second-stubble and third-stubble crops. Higher yield potential for energy cane varieties would be expected to result in more years of harvest for those varieties compared to existing sugarcane varieties. Harvest of energy cane as a cellulosic ethanol feedstock crop could be expected to extend through a fourth-, fifth- or sixth-stubble crop.

Estimated costs of producing energy cane at alternative harvest yields are shown in Figure 1. These cost estimates are based on harvest through a fourth-stubble crop (five years of harvest) and represent average estimated production costs at the whole-farm level for a farm in a normal crop rotation pattern, that is, with equal areas of the farm acreage in fallow/plant, plant-cane, first-stubble, second-stubble, third-stubble and fourth-stubble crops. Three production cost estimates are shown. Grower cost includes variable and fixed farm production costs associated with producing energy cane. The other two cost estimates include additional land rent and hauling. Land rent in this analysis is on a one-sixth share, and hauling is included at $3.50 per ton.

Grower cost plus rent and hauling would represent an estimate of what a cellulosic ethanol production facility would have to pay to acquire the energy cane as a feedstock. Hauling cost would vary with the distance between the farm and the production facility. This feedstock would then have to be dried to be in a form usable in ethanol production. Production cost estimates show that one of the primary factors in the economic feasibility of cellulosic ethanol is in producing a crop that has a high biomass yield per acre. The greater the biomass yield per acre, the lower the feedstock cost per gallon of ethanol produced.

Identifying pricing mechanisms for biomass is pivotal for the development of the cellulosic-ethanol industry’s supply chain. The infancy of the industry has left many agribusinesses and producers wondering how different feedstocks might be priced. Because biomass crops do not  have a well-established market as corn and other traditional agricultural commodities have, considerable research is under way to determine the best way to price biomass as a marketable commodity.

In addition, because biomass would be purchased for fuel production, there is some discussion that the price paid to the grower should be correlated more with fuel prices. Numerous pricing strategies could be employed. Three possibilities include:

The ultimate objective of any biomass-pricing mechanism would be to allow for the interaction of supply and demand to affect market price while at the same time ensure the price paid to growers would be sufficient to assure a steady and dependable supply of feedstock to the ethanol production facility.

Although cellulosic ethanol is being produced from a wide variety of feedstocks at the laboratory and pilot-plant scale across the country, many challenges must be overcome for commercial-size production facilities to become economically feasible. With its diverse agricultural and forestry production sectors and its favorable climate and growing conditions, Louisiana has tremendous opportunities to be a major player in cellulosic ethanol production. The LSU AgCenter is conducting research in a wide variety of areas focusing on identifying the best feedstock crops and most efficient production technology. Development of a cellulosic ethanol industry in Louisiana would complement existing agricultural and forestry production and enhance the economic viability of those industry sectors of the state.

(This article was published in the fall 2009 issue of Louisiana Agriculture.)