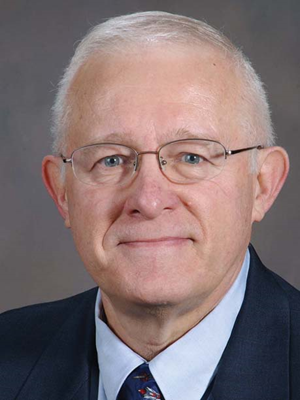 And even while I interviewed him, the calls and e-mail messages dinged steadily from his cell phone for the next couple of hours.

Yes, Pollet may well be one of the most popular people in Louisiana. That’s because he knows every bug in the state and what to do about them. And Louisiana has a lot of bugs.

The call from Florida was from a nursery owner who plans to expand his business to Louisiana and wanted to know how to become certified here. He called Pollet, whom he’d never met but had heard of through nursery associations. Pollet gives about 70 presentations per year, including to nursery groups.

Over the years Pollet’s reputation for knowing answers has spread across the South and the nation. LSU AgCenter press releases in which he’s the source have been picked up regularly by national media.

He gets requests for interviews from all over the country. But even he was surprised one day several weeks after Hurricane Katrina hit New Orleans in 2005, when the call was from a producer for the “O’Reilly Factor.” This is a popular talk show on the Fox network featuring the bombastic Bill O’Reilly.

“He was interested in doing a segment on fire ants. Somehow he’d picked up the press release we’d sent out on the hurricane’s effects on fire ants in New Orleans,” Pollet said.

So Pollet appeared on prime time television before an audience estimated at nearly 2.5 million. He was live from a studio in Baton Rouge.

“He did a great job,” said Tim Schowalter, head of the Department of Entomology and Pollet’s boss. “He answered each question eloquently and represented LSU and the AgCenter well.”

“I heard from people who saw the show,” Pollet said modestly.

Although his title is entomologist, his mission is a harmonious environment. The insects of the world are not so much the enemy as they are fellow occupants that must be accommodated.

As far is Pollet is concerned, the No. 1 issue in entomology is identification. If you can just figure out what the insect is, then you can determine what to do about it.

“The environmental concerns about pesticide misuse and the effectiveness of any kind of control or management program hinge on correctly identifying the insect,” Pollet said.

Identification is also the most difficult part of this science. But that was the hook that got Pollet started on his life’s quest.

“My aunt gave me an insect book, and she wrote in it, ‘To a future entomologist.’ I was 5 at the time,” Pollet, 63, remembered fondly.

He found the book fascinating and continued a career of collecting bugs, which he still maintains. He went on to compete in school science fairs and win ribbons and statewide competition in 4-H with entomology projects.

A native Louisianian from the Lutcher and Napoleonville area, he attended LSU for his bachelor’s and then master’s degree. But he crossed a few state borders to matriculate at Virginia Polytechnic Institute for his Ph.D., which he earned in 1972. All three degrees are in entomology.

Although he can understand the impatience, disgust and even abhorrence people have for bugs, his chief concern is the single-minded solution to kill, kill, kill.

“Insecticides are like guns. They have to be used properly,” Pollet said. “A lot of times people kill the beneficials along with the pests or instead of the pests. Whenever making recommendations, it is important to realize there may be more than one way to address the problem. I ask a lot of questions to make sure the client gets the right information to manage the situation and the pest safely and effectively.”

People tend to spray way more than is needed. Not only is this harmful to the environment but it can lead to an insect’s resistance to that particular chemistry. Over time, the effectiveness of that pesticide will be lost.

One way to use less insecticide is to make sure the water used to carry it is more acidic so as not to neutralize the solution.

“Louisiana water has an average pH of 8.3. The ideal pH for use with pesticides is between 5.5 and 6.5,” Pollet said.

Adding a little vinegar to your mixture of water and insecticide before you spray will correct this. Pollet includes step-by-step directions in his newsletters and publications available through LSU AgCenter parish offices and on the LSU AgCenter Web site at www.lsuagcenter. com.

“The insecticides will be more effective. You won’t have to use as much,” Pollet said.

In addition to judicious use of insecticides, he advocates using environmentally friendly insecticides, if possible. For example, for an infestation of caterpillars, Pollet recommends an insecticide containing bacteria called bacillus thuringiensis, or Bt for short, at your local nursery. Bt is a natural enemy of many nuisance bugs.

Next time you have an outbreak, if you do, get your jar and add some water to it. Liquefy the mixture in a blender. Then spray the caterpillars with your homemade brew.

“It’s not toxic,” Pollet said. “You can safely clean the blender in your dishwasher.”

Here’s another homemade treatment for aphids, mites, small caterpillars and scales that can wreak havoc in your gardens. Collect Asian or other lady beetles, which are beneficial insects, when they are plentiful and place them in a cleaned ice cream carton along with some moist straw. Put the carton in your refrigerator. Then next spring, release the beetles in your garden when pest problems begin.

Some bugs can be just out-and-out dangerous, though, such as bees and wasps. But they’re critical for environmental balance as pollinators and predators and should not be destroyed.

“Honey bees are valued at $400 million plus in Louisiana alone for the services they perform pollinating crops, nuts, berries, flowers and fruits. They even help many self-pollinating plants by enhancing the fertilization to produce better quality fruits and vegetables,”

Pollet wrote in his popular monthly newsletter called “Bugs, Bugs, Bugs.” Pollet says call your local county agent – or Pollet himself – to find out what to do. Pollet keeps a list of professionals who can get rid of the bees for you – whether they’re outside or inside your house.

“This is especially important if the bees are inside your house,” Pollet said. “A professional will make sure the bees are relocated, get the honey out of the walls and fix the walls.”

Then there are love bugs, which every few years can be so thick they’ll plug the radiator of your car as you drive down the road. And there is no effective way to get rid of them.

“Although a pest and a big nuisance while driving, they do assist in the decomposition of grass and other debris along the roadways, levees and fields where grass clippings are left. The immature or larvae feed and develop on this material,” Pollet also wrote in his “Bugs” newsletter, trying to help people understand that all Earth’s creatures have a purpose.

Taking good care of your lawn and garden will help hold down insect problems, Pollet advises. With proper watering and fertilization, plants aren’t so vulnerable to pests. The same goes for inside your house. A clean house without clutter is less attractive to bugs. Most of the bugs that cause problems inside your house come from the outside. So keep your landscaping as pest-free as possible.

Pollet’s advice is practical, valuable and endless. He fires off answers to bug questions from day’s beginning to end. His depth of knowledge is helping to save our planet – not from bugs but in harmony with bugs.