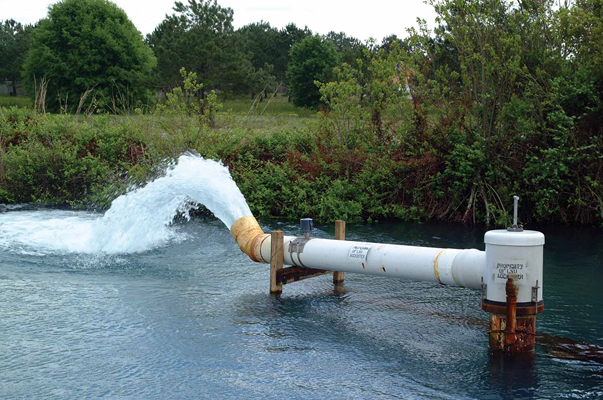 The study on water use in rice production was conducted on ricefields in the verification program,including this one in Beauregard Parish. Ten rice fields with a single inlet supplying a known acreage were located, and equipment to measure water flow was purchased and put into place. Even though the fields were not systematically chosen to provide a perfect randomized research design, comparisons could still be made. (Photo by Johnny Saichuk) 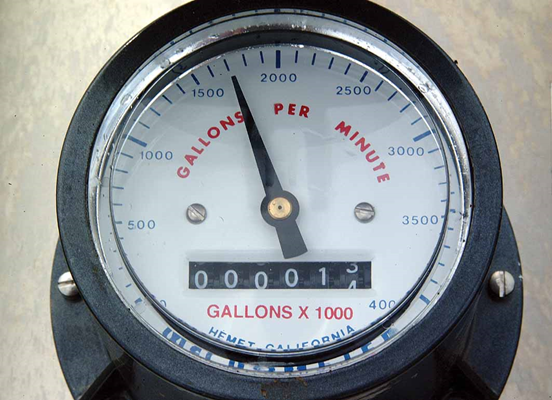 A flow meter inside this delivery pipe stationed in Beauregard Parish gathers data on water use throughout the growing season. (Photo by Johnny Saichuk) 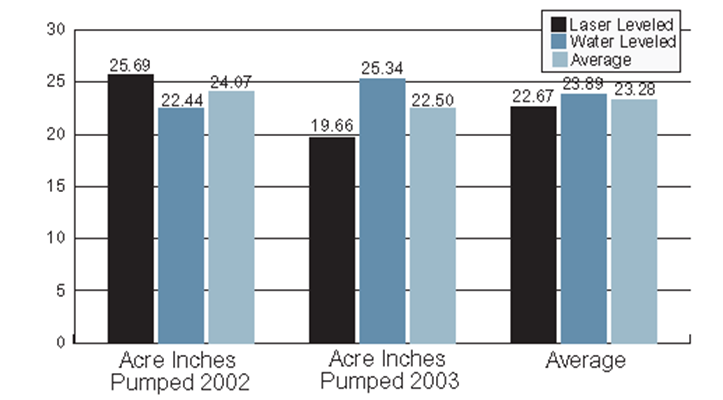 Figure 1. A Summary of Water Use by Leveling Method for Monitored Rice Fields in Louisiana, 2002 and 2003. 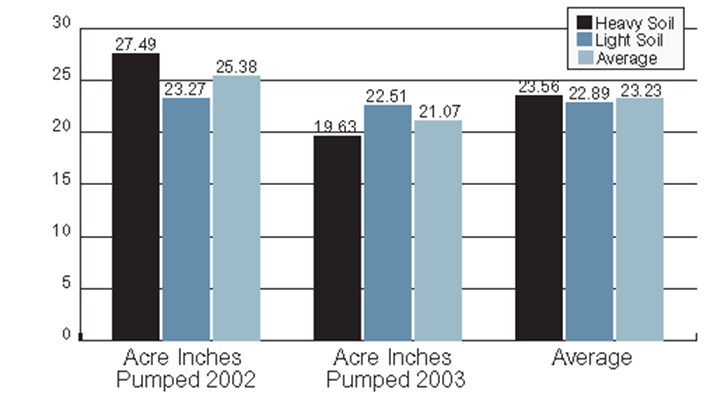 Figure 2. A Summary of Water Use by Soil Type for Monitored Rice Fields in Louisiana, 2002 and 2003. 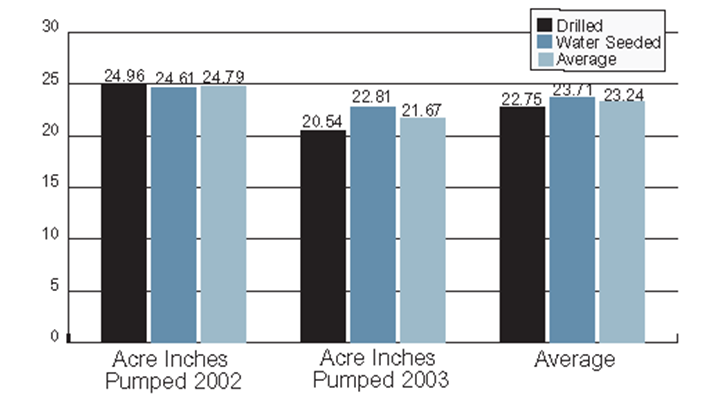 Figure 3. A Summary of Water Use by Planting Type for Monitored Rice Fields in Louisiana, 2002 and 2003.

Table 1. Summary of water use cost for monitored rice fields of Louisiana in 2002 and 2003.

When drought hit Louisiana in 2000 and 2001, along with the construction of a power plant in the heart of the ricegrowing area, interest in water consumption reached a peak among farmers and other water consumers. To find out how much water was used and needed for rice production, a team of LSU AgCenter scientists and extension agents began a study funded by the Rice Research Board.

To conduct the study, the team took advantage of an AgCenter program already in place, the Louisiana Rice Research Verification Program. This program involves working with a group of about a dozen rice farmers spread over several parishes each year to advise them on the latest recommendations on rice production and to validate that the recommendations actually work.

Eight rice fields with a single inlet supplying a known acreage were located, and equipment to measure water flow was purchased and put into place. Even though the fields were not systematically chosen to provide a perfect randomized research design, comparisons could still be made.

One comparison involved locating farmer fields leveled by different methods to see which used more water, a field leveled with laser equipment or one leveled in the traditional manner. In laser-leveling, a laser beam receiver is mounted on the tractor and an emitter at a stationary location. The beam guides the implement to raise or lower for precision leveling. This can be done in a dry or flooded field. (See photo on back cover.)The traditional way to level involves dragging the leveling implement through a flooded field and guessing by eyesight.

In 2002, five fields were laser-leveled, and three were water-leveled in the traditional manner (Figure 1). Likewise, comparisons were made between heavy soil (clay loam) and light-textured soil (silt loam) (Figure 2), and between drillplanted and water-seeded operations (Figure 3).

The apparently obvious does not always happen. Those knowledgeable about rice production expected laser-leveling of land to reduce water usage. Based on the data collected in 2002, this was not true. Although the difference between laser-leveling and traditional water-leveling that year was small, slightly more water was used in laser-leveled fields.

One possible reason for the small difference in 2002 was a laser-leveled field in Concordia Parish. It was a heavy clay field and plowed in the spring. At the time of plowing, that location was excessively dry. The initial flooding of the field required more water than if it had been plowed in the fall and allowed to seal over the winter. Additionally, this field had to be flushed twice to get the rice up to a good stand.

In 2002, more water was required on heavy soils (remember the heavy soil in Concordia Parish). But in 2003, this was not the case. Instead of a simple association between soil type and water usage, there is an interaction between soil type, rainfall, time of field preparation, degree of field preparation and possibly other factors that might influence the amount of water required on a given soil type.

Method of planting rice also makes a difference in water usage. Drill seeding by tractor on dry land requires less water than water seeding, which is done by airplane into flooded fields. But in areas where the noxious weed red rice is a problem, drill seeding had all but been eliminated as a method of planting rice. This is because flooding a field can help suppress the growth of red rice.

However, with the advent of Clearfield technology in 2002, this changed. This technology, based on the herbicide resistance of rice, allows for the spraying of rice to kill red rice without destroying the commercial rice, which is a close relative. With the possibility of drill seeding making a comeback, especially in south Louisiana, we decided to compare water use in drill-seeded versus water-seeded fields, where possible. In both years, we found less water required in drill-seeded fields than in water-seeded fields.

While the reduction in water use is laudable, it is the financial bottom line that will ultimately drive farmers to change practices, as long as water is relatively abundant and relatively cheap. So far, Louisiana has not had the serious water use issues of some of the other rice-growing states. In the process of collecting economic data for the verification program, we learned that water costs were among the most difficult to collect because most farmers did not know them. Therefore, we estimated the costs (Table 1).

The difference in acre-inches pumped between 2002 and 2003 reflects the differences in rainfall between the two years. Rainfall data were collected as part of the study but not shown here because we have no capability of measuring overflow from fields, which will negatively affect the information. For example, if a farmer had just finished pumping a field to capacity, then had a thunderstorm roll in and produce 2 inches of rain, that rainfall would count against the water budget, even though nearly all of it would have run out through the field overflows.

The cost per acre to irrigate rice in 2003 was higher than in 2002, even though less water was pumped. This is reflected in both the dollars per acre and the dollars per acre-inch columns. Much of this was accounted for in the increase in fuel costs, because diesel prices rose dramatically from one year to the next.

Two years of study of this type of input is clearly insufficient. The intention is to carry on the study for at least five years to gather enough data to be able to make reasonable estimates of water use with sufficient confidence to help rice farmers be more conservative in their water use.