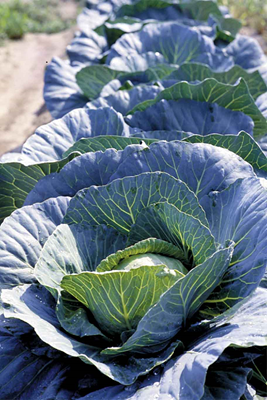 Especially on light-textured soils, producers should not use more than ¾ pint per acre of trifluralin on direct-seeded cabbage or reduced stands can be expected. (Photo by John Wozniak) 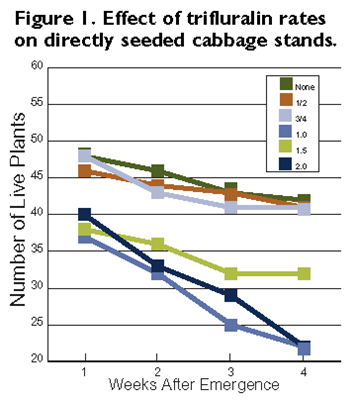 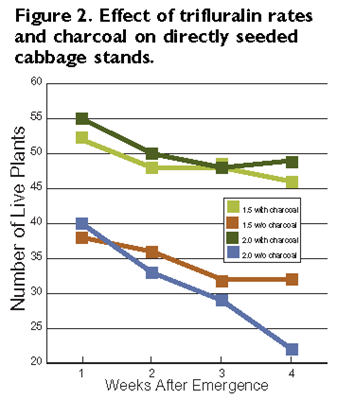