Economics of Technology Use in Cotton 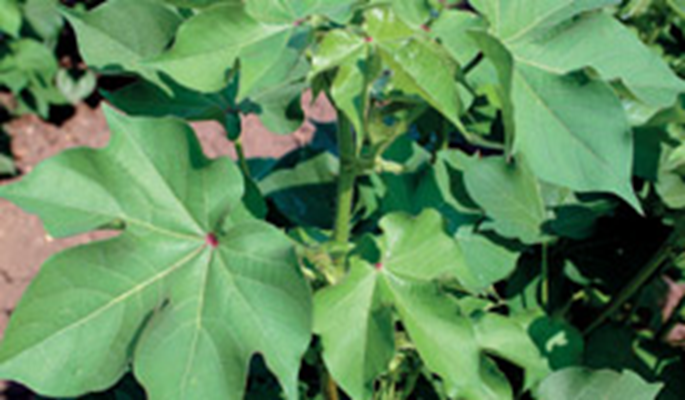 Our nation’s cotton production has undergone tremendous adjustments in the past 50 years fueled by the forces of technical change. One prime indicator of the magnitude of changes is yield per acre. At the national level, per acre cotton yields have increased more than 64 percent since the mid 1950s. At the same time, area devoted to cotton production has decreased 17 percent. The increased yield per acre can be largely attributed to the technologies embodied in new pesticide chemistries, novel pest management systems, efficient irrigation and cultivation, and improved cotton varieties.

In Louisiana, per acre cotton yields increased more than 42 percent during the last 50 years. While Louisiana followed national trends in terms of yield per acre, the same was not true of acres planted to cotton. In the last three years, cotton producers planted about 14 percent more cotton, on average, than they did in the mid 1950s.

Another indicator of the magnitude of changes is change in efficiency made possible through technological innovations. These innovations have generally taken the form of substituting capital for labor. One example of this type of innovation is the cotton picker. When originally introduced, the one-row picker replaced several workers in the cotton harvest operation. As the mechanical picker has been improved, it has become more efficient; the new multiple row pickers allow one person to harvest several times more cotton per day than was possible with the original single-row machines.

Innovations adopted by cotton producers have been driven by economics. These innovations can be divided into two general categories—biotechnology and other technology.

Biotechnology Changes Cotton Production
Biotechnology has only recently been introduced into cotton production on a commercial scale. This has generally taken the form of insect resistance and herbicide tolerance. The adoption of these technologies by producers has been extremely rapid. Several studies have examined why the adoption of this technology has been so rapid. Generally, producers adopted the technologies because they were effective and provided some economic incentive for adoption. Several studies have examined the question of the distribution of benefits from the adoption of such technology. Results of these studies generally found that producers who adopt the technology receive the largest portion of the benefits.

Cotton varieties containing genes that provide insect or herbicide resistance were first introduced commercially in 1996. In 1999, varieties containing these genes accounted for more than 50 percent of the U.S. cotton acreage. There was considerable variation in the level of adoption of these varieties among cotton-producing states. In the West, the level of adoption was relatively low because the target insect pest is not as great a threat there. The Mid-South and Southeast areas had a considerably higher level of adoption. For example, Louisiana cotton producers planted more than 70 percent of the acreage in 2002 to insect- and herbicide-resistant varieties. Much of this acreage was planted to “stacked gene” varieties, which means they included both insect- and herbicide-resistant traits.

How effective are modified varieties? The answer is in the comparison of insect damage before and after introduction of the insect-resistant varieties. From 1990 to 1995, cotton producers in Louisiana experienced an average loss of 4.11 percent attributable to the budworm/bollworm complex. From 1996 to 2001, this dropped to a 2.1 percent average loss. The 2.1 percent includes data from 1996 to 1998 where no distinction was made between conventional and Bt varieties. During the 1999-2001 period, Bt varieties averaged a 0.92 percent loss attributable to the budworm/bollworm complex while the conventional varieties experienced an average loss of 2.24 percent. These data indicate that adoption of the Bt varieties dramatically reduced the losses attributable to the major insect pest of cotton in Louisiana.

Although comparable data are not available for the herbicide-resistant varieties, annual enterprise budget projections provide one means of comparing the stacked gene varieties against conventional varieties. Budget projections for 2002 show that herbicide costs for conventional versus stacked gene cotton are about equal. However, this cost does not reflect the higher level of management required in using herbicide-resistant varieties, which include restrictions on when over-the-top herbicides can be applied. Insecticide costs, on the other hand, are quite different between the two kinds of varieties, with the stacked gene varieties costing about $15 per acre less. However, the additional technology fee associated with these varieties offsets this advantage. Further, the boll weevil eradication program combined with the widespread adoption of insect-resistant varieties has changed the insect pest complex for cotton. While damage from the budworm/bollworm complex and boll weevil has been mitigated, other pests have emerged, and insecticide applications are required to manage these populations.

Mechanical Pickers To Precision Agriculture
Technological innovations have had a significant impact on cotton production, ranging from mechanical pickers to precision agriculture. The impact of mechanical harvesters has been well documented. Subsequent improvements in harvest machines have continued to increased productivity of labor. Not only have the harvest machines become more efficient, but their efficiency has been enhanced by introduction of the module builder and more recently the boll buggy. These innovations have significantly improved harvesting efficiency and reduced costs. Further, the module builder made it feasible to transport cotton longer distances. This enhanced transport ability led to a reduction in the number of gins required. Having fewer but larger gins has changed the nature of the ginning industry not only in Louisiana, but across the Cotton Belt.

Several innovations in tillage equipment have enabled producers to do a better job in soil preparation and crop cultivation. Much of the focus in tillage equipment innovation is on minimum or no-till equipment. Improvements have encouraged adoption of reduced tillage production systems among cotton producers in Louisiana and elsewhere. These systems not only reduce costs for the producer, but most are environmentally friendly. Because these systems maintain a cover on the soil, erosion is reduced. Some studies have demonstrated a synergistic relationship between herbicide-resistant varieties and reduced tillage systems.

Currently, much emphasis is placed on developing technology in the area of precision agriculture. Innovations range from automatic guidance systems to using remotely sensed imagery to manage crop production. Of particular interest to Louisiana cotton producers is the technology necessary to capture critical management information on a field, interpret the data and implement timely management decisions. Preliminary work in Louisiana and elsewhere in this area has demonstrated the potential of this technology to significantly reduce insecticide costs.

Central to achieving these savings is the ability to adequately and accurately describe the spatial distribution of insects and other pests across individual cotton fields. With information on the distribution of the kinds and amounts of pests in the field, prescriptions can be developed to manage those pests. This is done by using variable rate technology (VRT) to apply chemicals or other inputs to designated areas in the field in the precise amounts needed. The technology also can be used to improve soil fertility, drainage and irrigation efficiency. The potential for cotton farmers to adopt this technology depends on the same factors cited earlier for the biotechnology innovations—profitability and effectiveness.

Most studies of precision farming have found it to be profitable. Most of this work has been done with various grain crops because of the availability of yield monitors for those crops. Yield monitors for cotton have only recently become available commercially. Recent research in the Southeast on precision agriculture in cotton indicates several potential benefits—improved production efficiency, reduced input use, increased yields and higher profits.

Widespread adoption of biotechnology and precision agriculture technologies holds tremendous promise of additional benefits. These benefits go beyond the environmental benefits of reduced pesticide use and extend to the potential for reducing soil loss and contributing to a more sustainable production agriculture.

(This article was published in the spring 2003 issue of Louisiana Agriculture.)