Horticulture in the City Crape myrtles add to the beauty of the landscape on the LSU campus in Baton Rouge. (Photo by Gordon E. Holcomb) 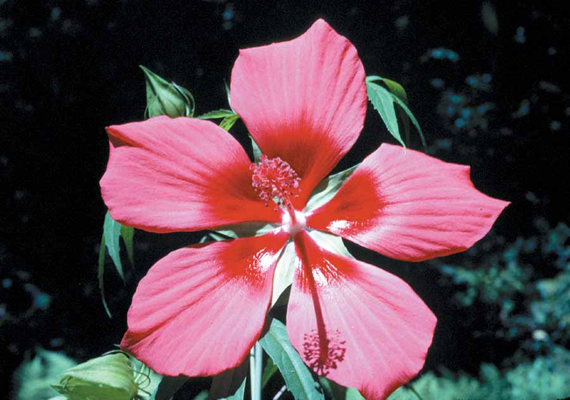 A hibiscus, above, and a rose at the LSU AgCenter’s Burden Research Station, where much of the research on ornamentals is conducted. (Photos by Gordon E. Holcomb) 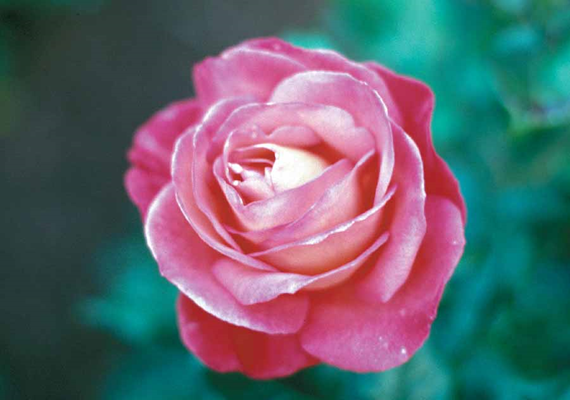 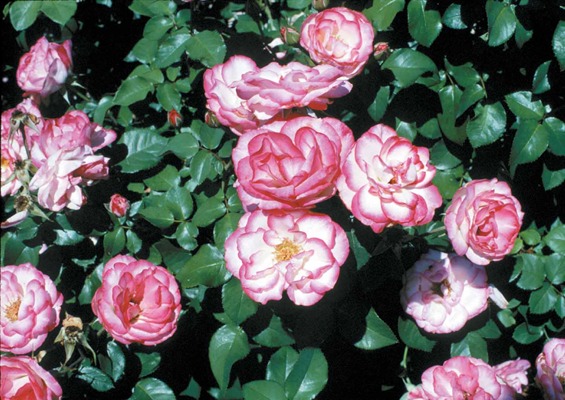 Baton Rouge residents and visitors benefit from the efforts of many local plant societies and organizations. Independence Park in Baton Rouge includes an attractive rose garden maintained by the local chapter of the American Rose Society. (Photo by Gordon E. Holcomb) 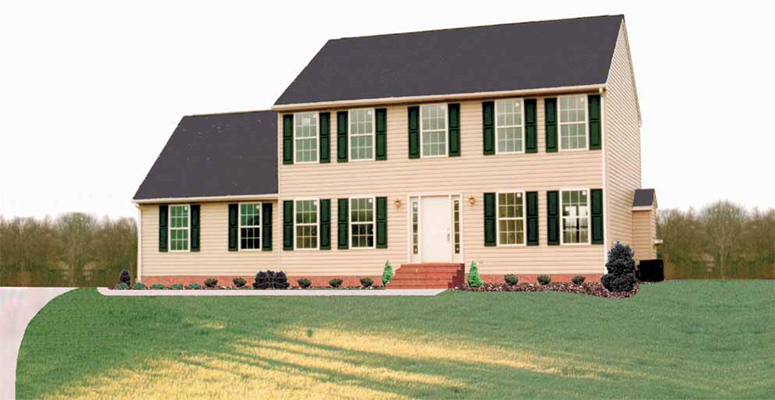 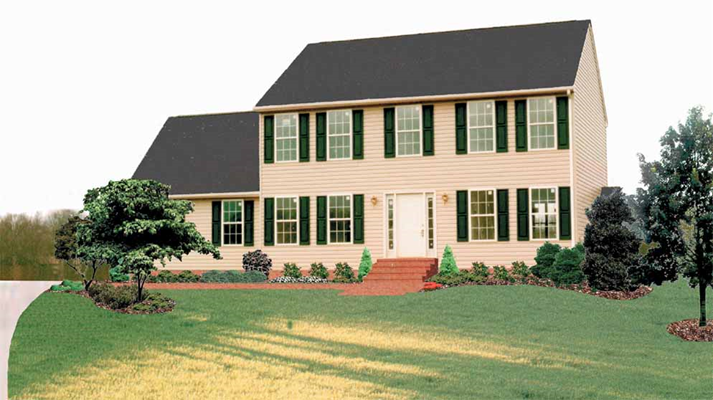 Figure 1. Agricultural economists addressed the impact of specific landscape attributes (combinations of design style and costs, plant material and plant sizes) on home values. As part of the study, they showed groups of consumers and realtors computer-generated images of homes, such as those above, with different levels of landscaping. The strong preference was for the high cost designs.

These two crop areas are the fastest growing segment of U.S. agriculture, ranked as the seventh most important commodity group, and generated $12 billion in grower cash receipts in 1998. Based on total economic output (producers of plants, service businesses that include retail sales and landscape services, and equipment and accessory businesses), the floriculture and environmental horticulture sector ranks as the second most important segment in U.S. agriculture. Retail expenditures for all floriculture and environmental horticulture products and services were $55 billion or $203 per capita in 1998.

Cash receipts to Louisiana’s ornamental plant producers in 1999 were $122 million, which ranked this sector fifth in value among agricultural plant commodities. The total value of all products and services of Louisiana’s environmental horticulture industry is about $1.5 billion annually. This equals the combined value of all animal commodities and places environmental horticulture second after forestry in total economic impact among plant commodities.

The Louisiana Agricultural Experiment Station actively supports research on ornamental plants grown by nursery and garden centers and used by landscape firms and home gardeners to beautify the urban environment. Following is a sampling of some of that research.

Landscaping adds value to homes. Recent research by agricultural economists addressed the impact of specific landscape attributes (combinations of design style and costs, plant material and plant sizes) on home values in three Louisiana cities. Customer preferences that related to design cost and complexity, plant size and plant material were analyzed. Customers placed the highest values on homes with the most sophisticated landscape designs that contained large plants. Design complexity was found to be the most important factor that increased home values, with plant size and material following in importance. (Figure 1)

Scientists devise ‘best management’ horticulture practices. A research focus is evaluating irrigation, fertilization and pest management practices used in ornamental horticulture. They are referred to as “best management practices” and encompass an overall plan to enhance production and maintenance of plants using environmentally friendly methods. These practices are designed to achieve water use efficiency, maximum growth with minimum fertilizer use, reduced nutrient runoff and optimum pest control with minimum pesticide use.

Landscape with vegetables. Some traditional garden vegetables add beauty and diversity to landscapes. Leaf lettuce cultivars have been evaluated for their potential as bedding plants because of their pleasing variation in color and texture. Red and maroon cultivars (Vulcan, Galactic, Redino, Carisma, Red Sales, Lollo Rosa, Cerize) performed well. An additional benefit to growing these colorful vegetable plants in the landscape is that they also make fine salads. Basil cultivars have also been evaluated for landscape performance and disease resistance. Cultivars Green Ruffles and Purple Ruffles are attractive landscape plants because of their foliage color and texture but were found to be highly susceptible to a new bacterial leaf spot disease.

Research leads to better wax and crape myrtles. LSU AgCenter scientists are studying chemical control of undesirable basal sprouting in wax myrtles, small native trees often used in land scapes. Plant growth regulators, known to be effective for controlling watersprouts and rootsuckers on other landscape trees, are being evaluated on wax myrtle. The crape myrtle cultivar Natchez is being used to evaluate the influence of three levels of pruning on overall appearance, bloom quality and disease and insect susceptibility of landscape plants.

Grow better grass. Scientists at Burden evaluate turfgrass cultivars, some in conjunction with the U.S. Department of Agriculture National Turfgrass Evaluation Program, for their horticultural performance qualities. They also do research on turfgrass weed control, shade tolerance, fertility and mowing heights. Other turfgrass research has evaluated waterlogging tolerance of lawn grasses and use of carpetgrass in lawns. Zoysiagrass and St. Augustinegrass cultivars have been identified that show disease resistance.

A rose is a rose is a rose. Burden Research Station maintains an All-America Rose Selections display garden that is also used for cultivar performance and disease susceptibility evaluations. More than 100 cultivars are on display that belong to various rose classes such as hybrid tea, ground cover, miniature, shrub, floribunda, grandiflora, climber and various species and classes of antique roses. Roses are susceptible to several serious disease problems, and the display garden is used to evaluate cultivars for susceptibility to black spot, downy and powdery mildew and Dothiorella flower spot. Evaluations in 2000 showed that Knock Out showed outstanding resistance to black spot.

Crape myrtle aphids are another insect pest that had been commonly controlled by frequent insecticide applications. A simpler and more effective control method was developed that consists of painting a slurry of four parts acephate insecticide plus one part water in a band around the lower trunk of crape myrtle trees. The insecticide is absorbed and translocated to the leaves where it kills aphids when they feed. Acephate applications should be made in April when aphids first appear and again in late summer. This eliminates the need for making frequent spray applications throughout the spring and summer.